We really don’t recommend cutting dry bamboo because it’s very hard and will damage the blade. We’ve done this before without damaging the blade, but we weren’t able to record it on video. We decided to do it again (so you don’t have to) to show what our swords are capable of.

DISCLAIMER: Please don’t try this at home. Do not attempt to cut bamboo without proper training. The sword doesn’t cut like this by itself. It takes years of diligent and controlled training before one uses a live blade for tameshigiri (test cutting). Terrible accident can happen to the untrained or to innocent bystanders.

These bamboos have been dry for 5 years already. They’re not just dry—they’re BONE-DRY. 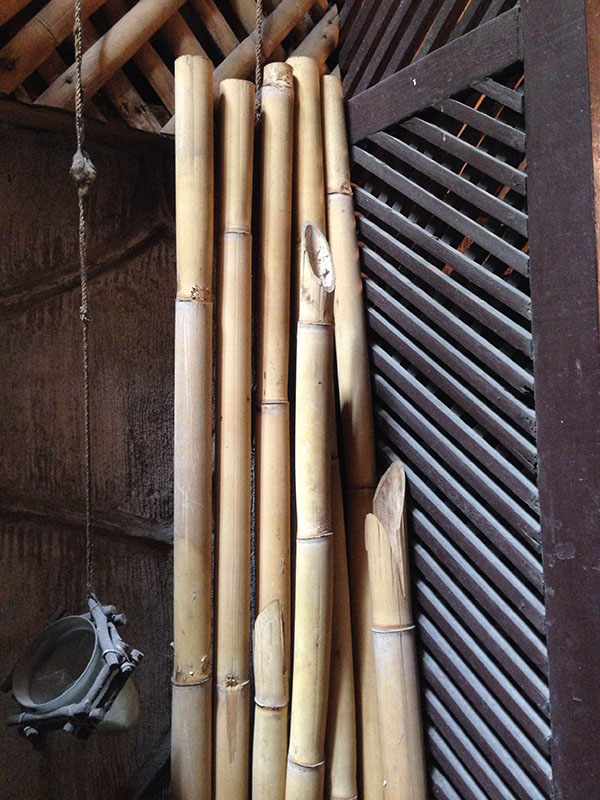 Cutting a bamboo this dry will dent the edge of a blade made of 1045 or 1050 carbon steel. But we still went ahead in cutting it as we know our sword won’t fail us. The walls of these bamboos are thin. So we chose to use our Amatsukami Iaito Katana (sharpened version) that has a 1050 carbon steel blade with a thinner blade profile compared to our regular swords. Thin bamboo and a thin 1050 blade makes it an even match. Here’s a comparison of the blade thickness of our Iaito Series (top) and a regular blade (bottom). You can see how thin it is. 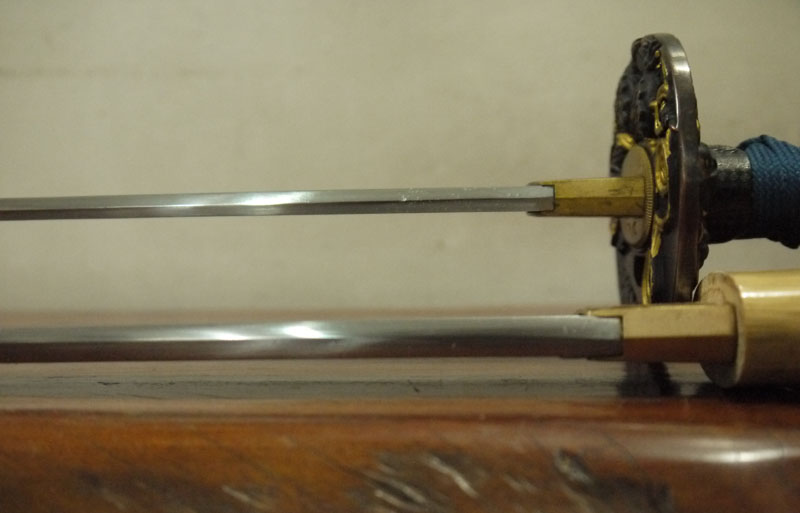 If we used a 1060 blade, it won’t be that much of a challenge since the blade is thicker and has a harder edge than a 1050 blade. This is the same sword we used during our cutting party last April 20, 2014.

Well, enough of the talking and let’s see the sword in action.

The Amatsukami Iaito Katana performed very well against the bone-dry bamboos considering it’s blade is only 1050 carbon steel. There are no edge rolling, dents, or nicks on the edge. As someone used to say: “No damage at all”. Well, there were scratches. But it’s normal for the blade to have scratches since dry bamboo is a very hard target. You may also have noticed at 1:04 of the video, the blade bend. 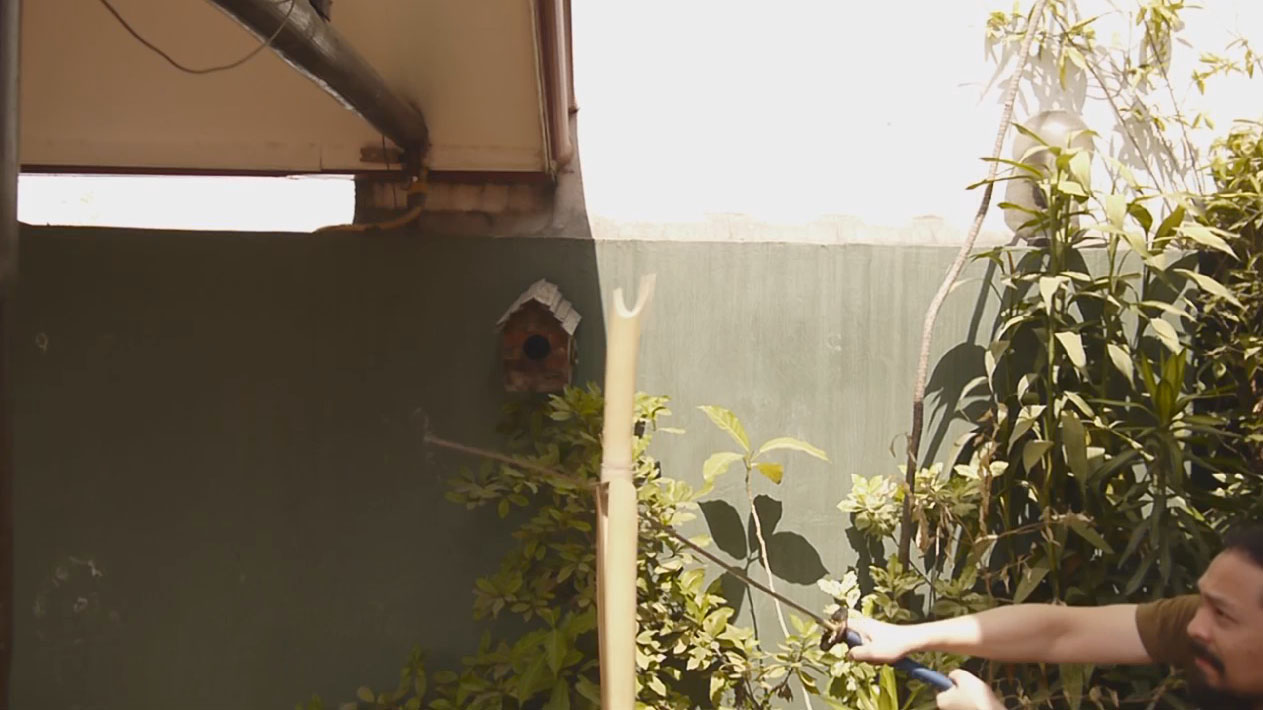 Normally, it would remain bent. But thanks to good heat treatment and tempering, the blade went back straight. We’re beginning to think that this is a 1060 blade and not a 1050. But as seen in this video, 1050 blades can flex up to a certain angle and still go back straight.

The aftermath – as you can see, these bamboos are very old and dry that they’ve become very brittle, but very hard. 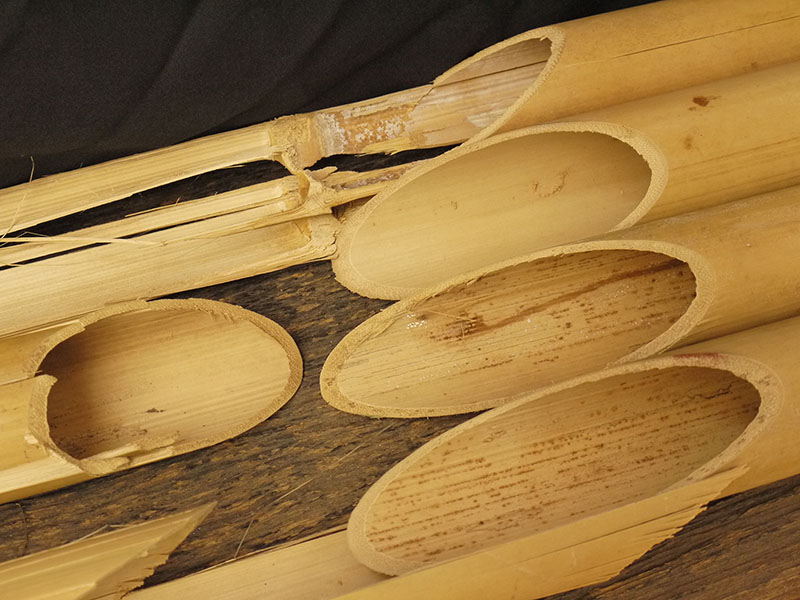 Apologies for the botched cuts, haven’t cut in a very long time. I also cannot make a full swing because of the confined space and low vertical clearance.

Even though our 1050 Series swords can cut dry bamboos without any problem, we still don’t recommend it because the blade will easily get dull as 1050 carbon steel doesn’t have a good edge retention compared to higher carbon steels. Unless re-sharpening the blade won’t be a problem for you.