Last February 2015, we went to Japan to attend our sensei’s biennial martial arts festival and to further my martial arts training. This was our 2nd time going to Japan, so I focused more on training rather than go sightseeing. But we had a chance to visit The Japanese Sword Museum. Unfortunately, taking photos inside the museum was not allowed. But there were some displays outside that you can freely take photos of.

Some of the freebies that we got when we visited the Japanese Sword Museum. 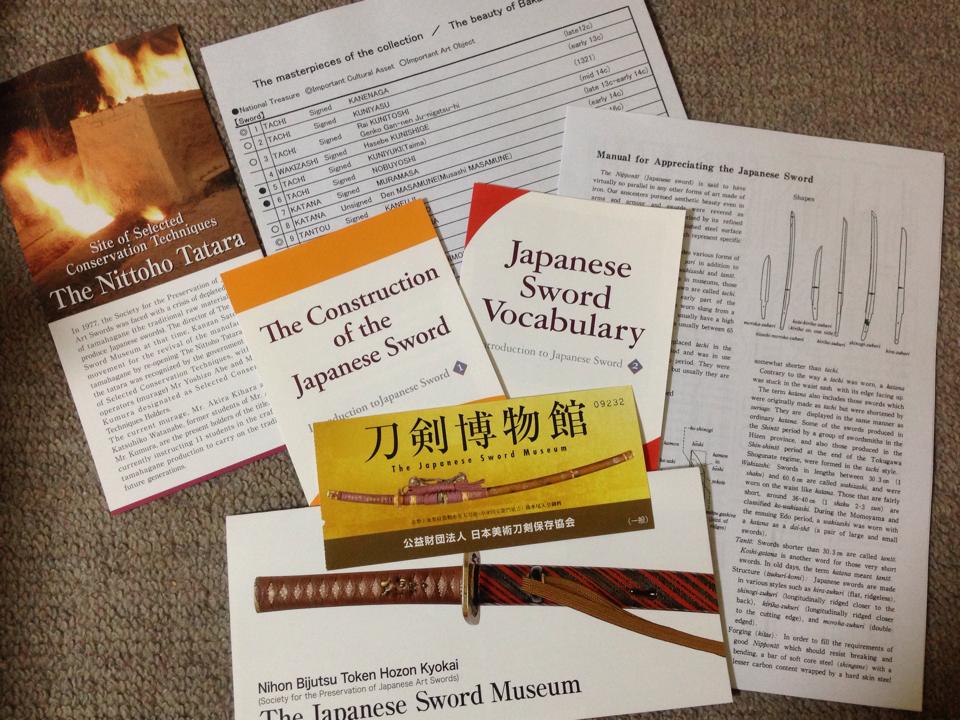 This big thing outside the museum, which looks like lava rock is actually tamahagane from the Nittoho Tatara, a large traditional furnace for producing steel and iron in Japan. The top surface of the tamahagane has rusted since it’s been exposed to the elements, but underneath the rust is the beautiful tamahagane. 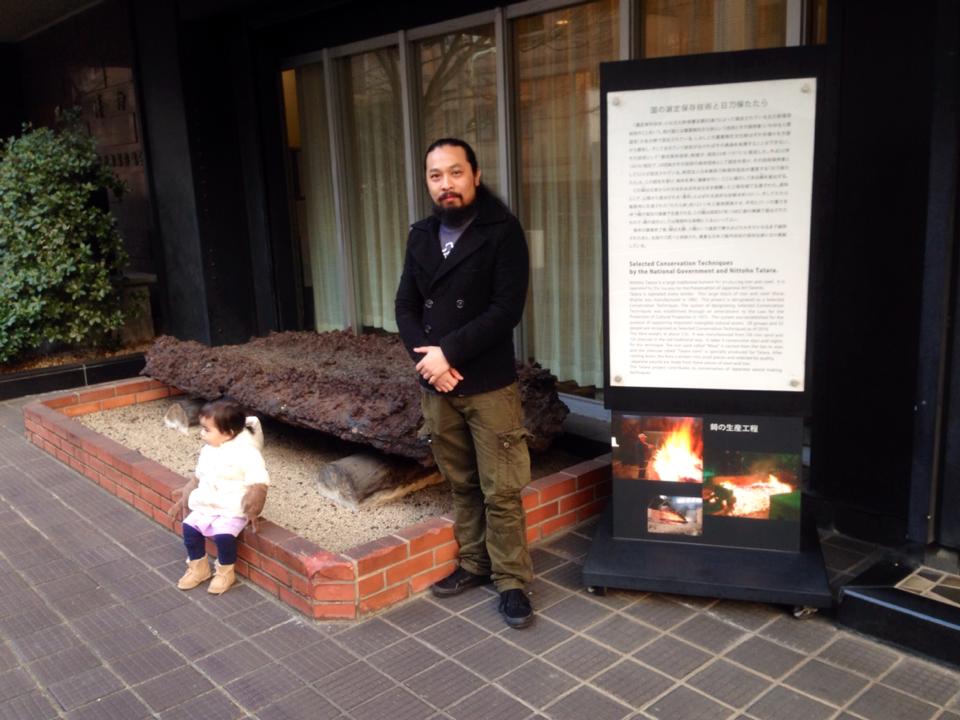 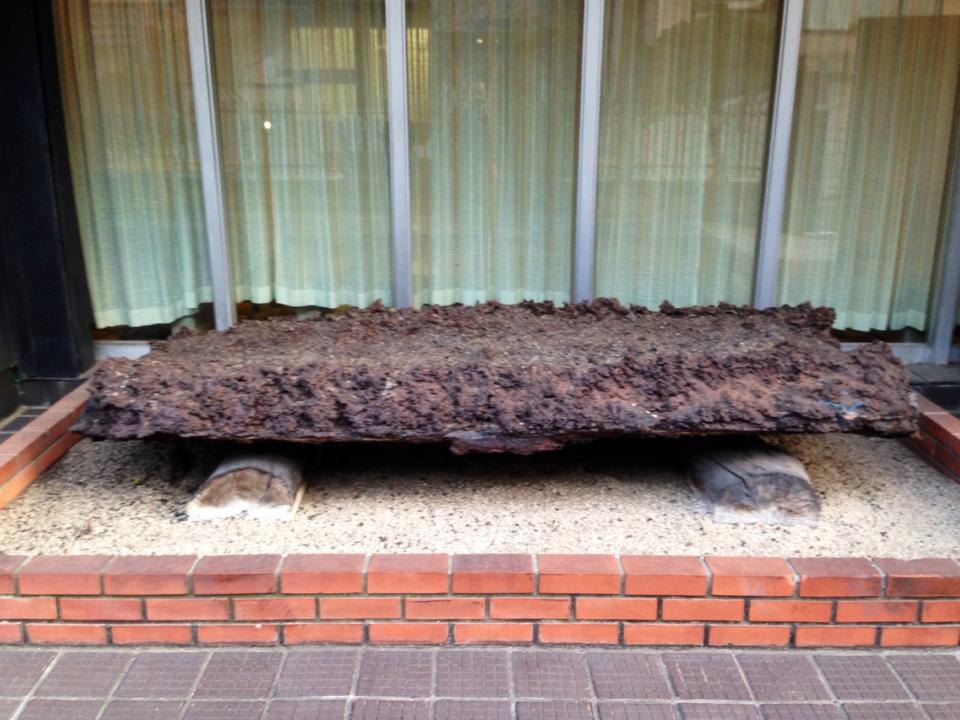 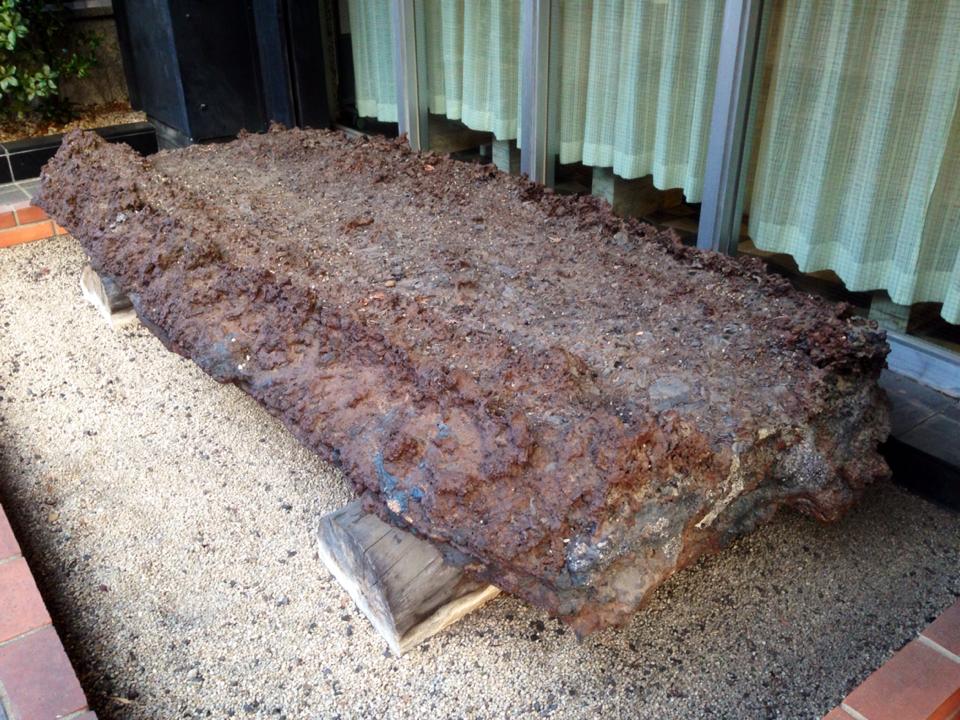 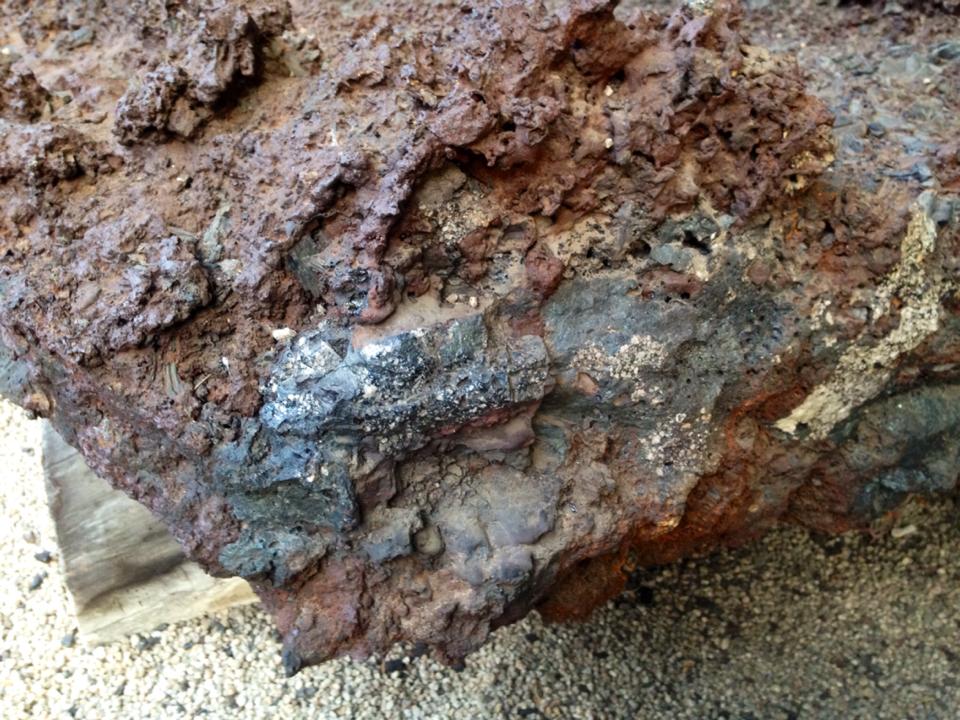 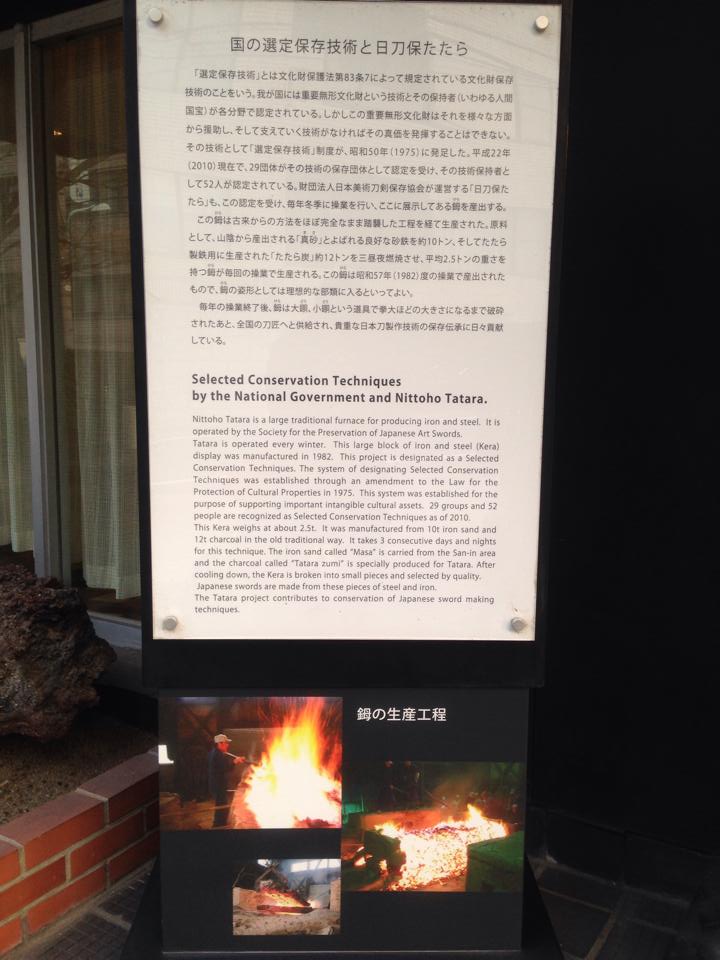 Unfortunately, one cannot appreciate the beauty of this tamahagane since it has rusted. But it’s a good thing I have one that I purchased a long time ago in Japan and I managed to keep it in pristine condition. 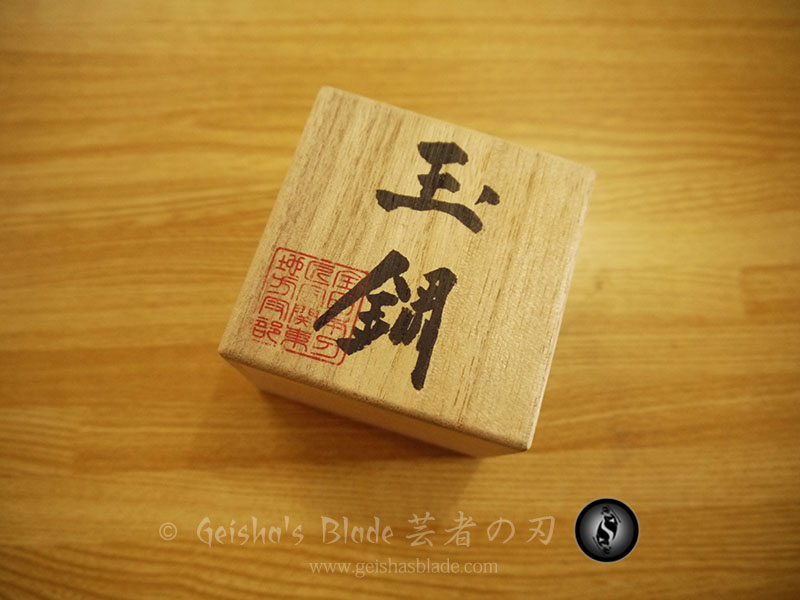 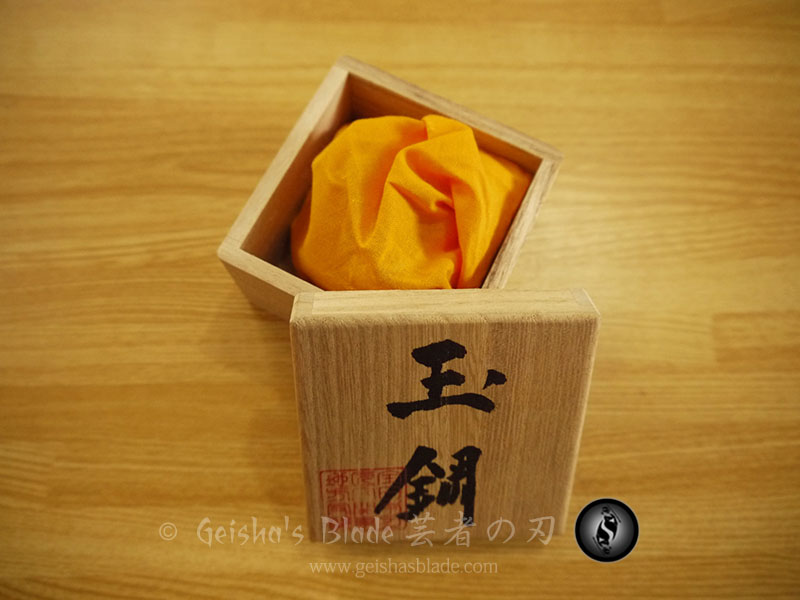 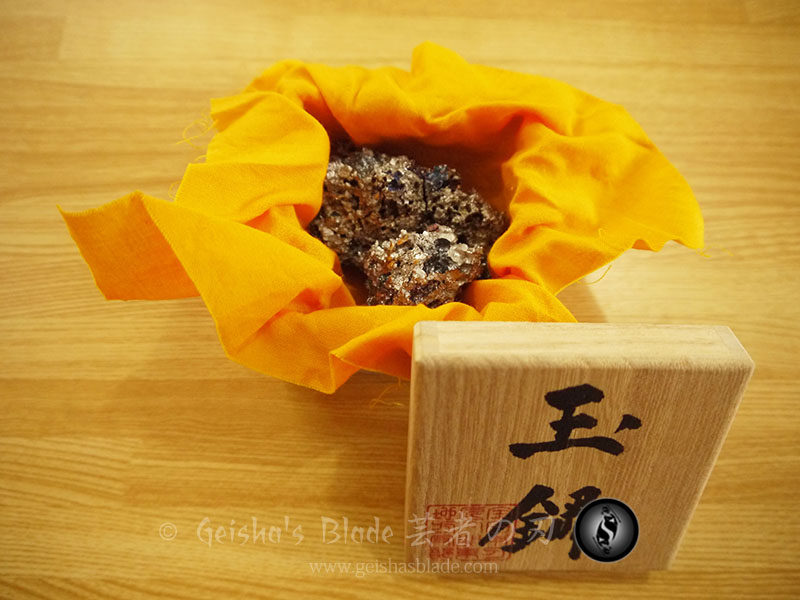 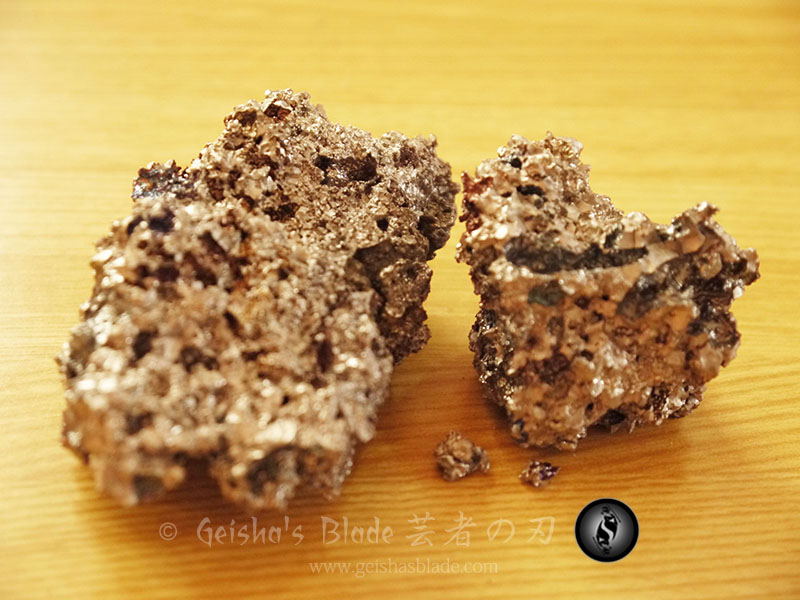 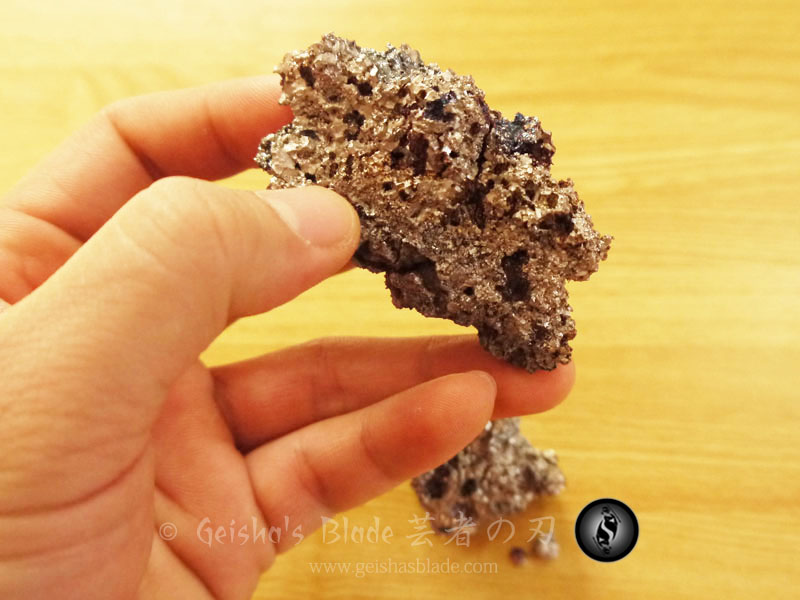 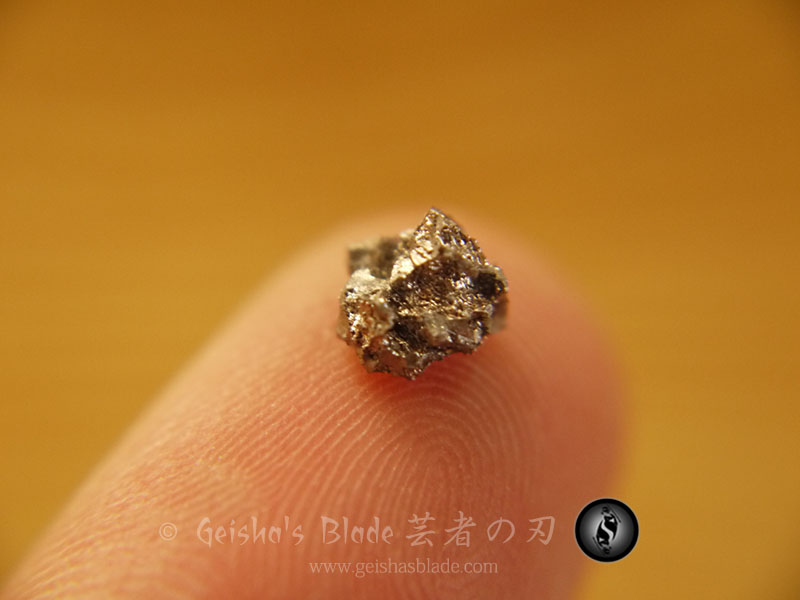 Tamahagane is the steel used by swordsmiths in Japan to make nihonto or Japanese swords. The term is loosely translated to “jewel steel” (tama – ball or jewel, hagane – steel). Tamahagane is a high carbon steel ore, and depending on the grade, the carbon content ranges from 0.5% – 1.5%. It is produced from iron sand called “satetsu” collected from the Chugoku region of Japan.

Tamahagane are made by the tatara, which is a traditional Japanese furnace used for smelting iron and steel. Currently, there are only a few tatara in Japan and the small chunks of tamahagane ore that we have were made by the ‘Nittoho Tatara’ in Shimane Prefecture, Japan.

As you can see in the photos, there are several different colors in the ore. These are the impurities from the iron sand that are still present.

There are different qualities/grades of tamahagane and the ones that we have are first grade tamahagane. 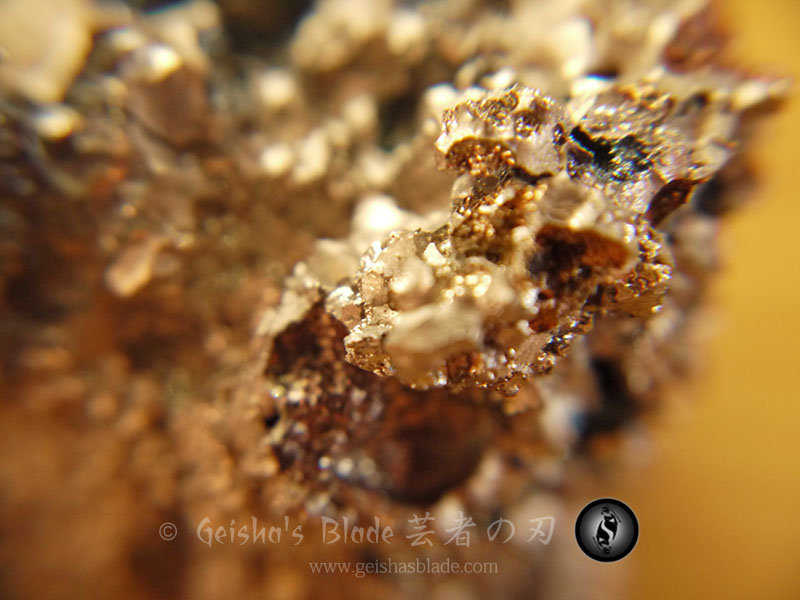 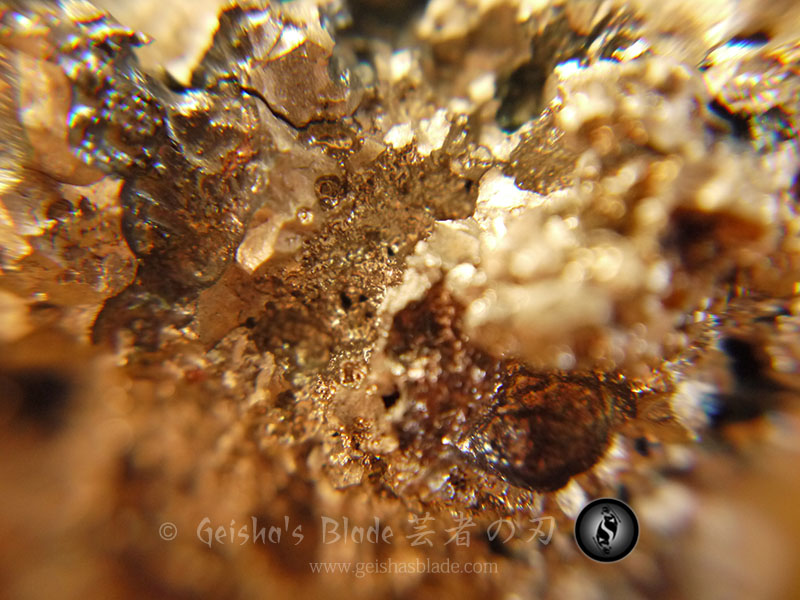 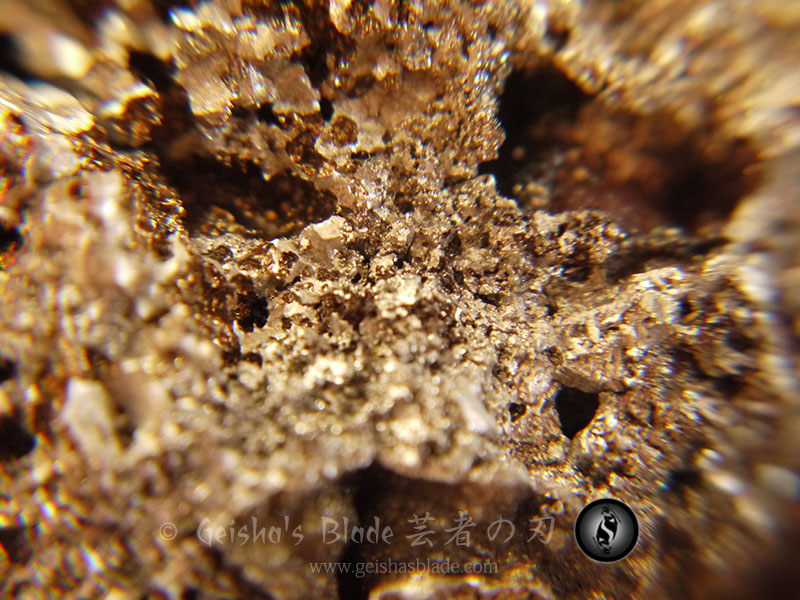 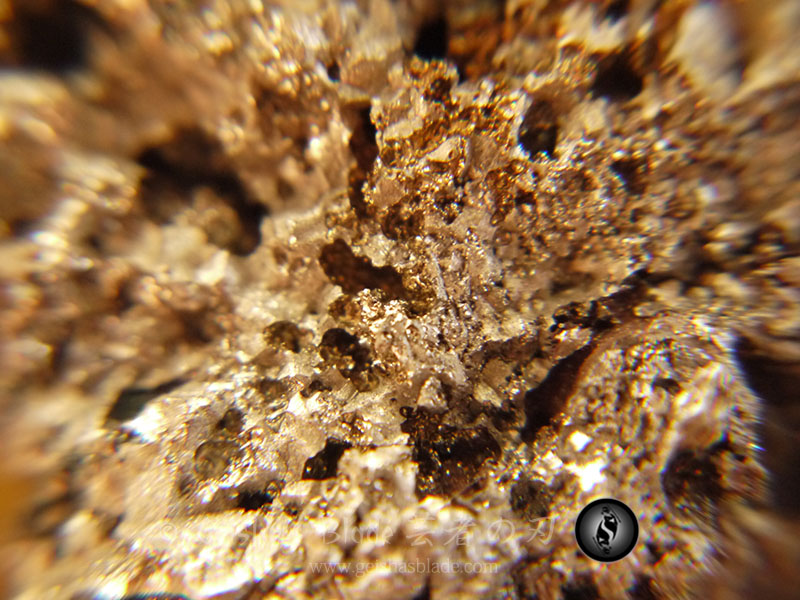 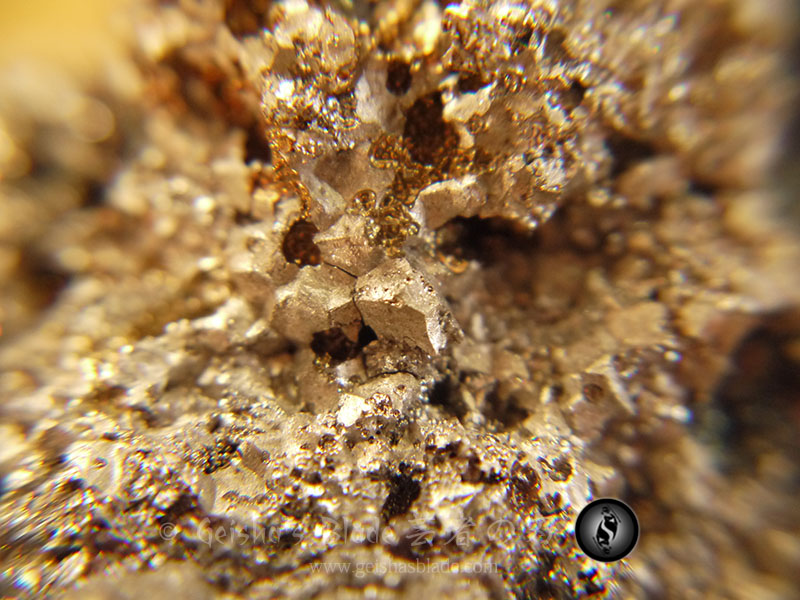 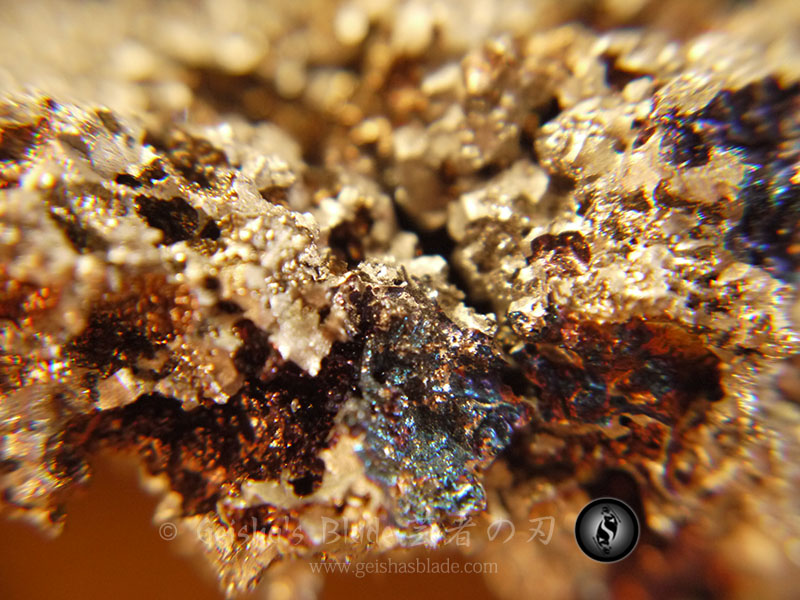 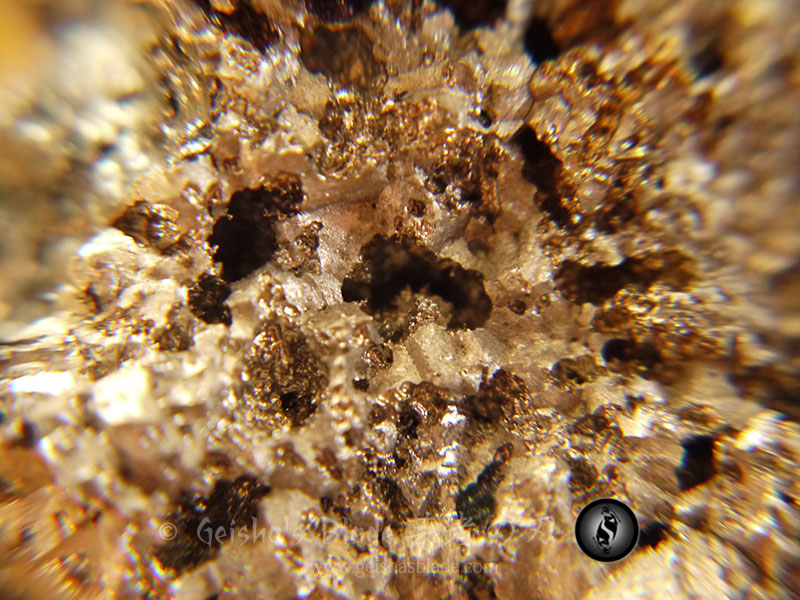 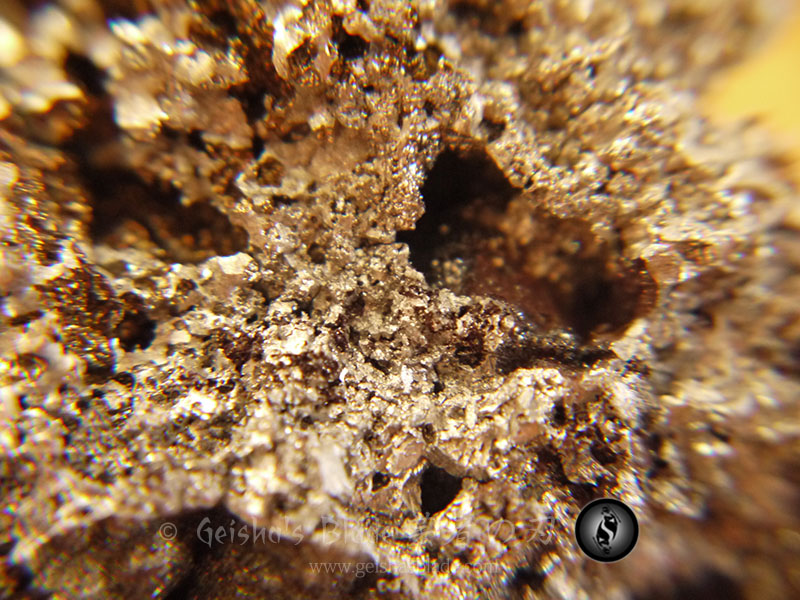 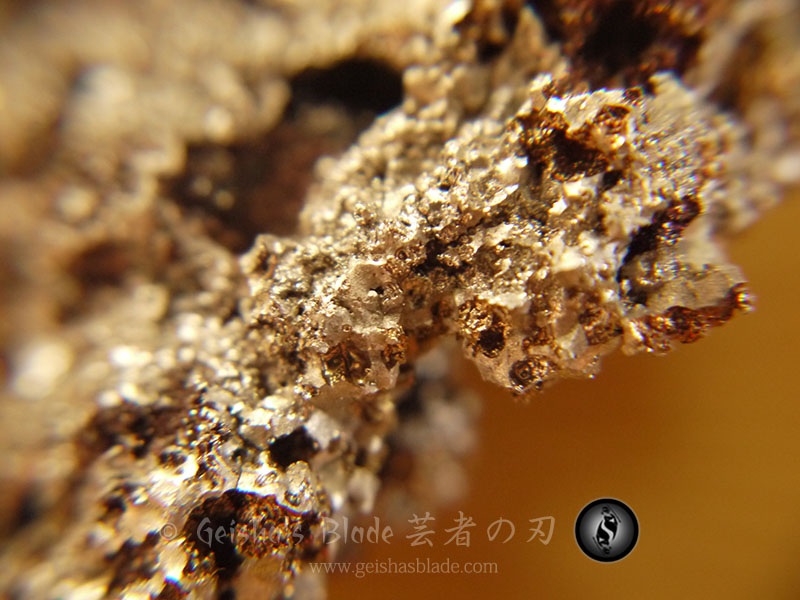 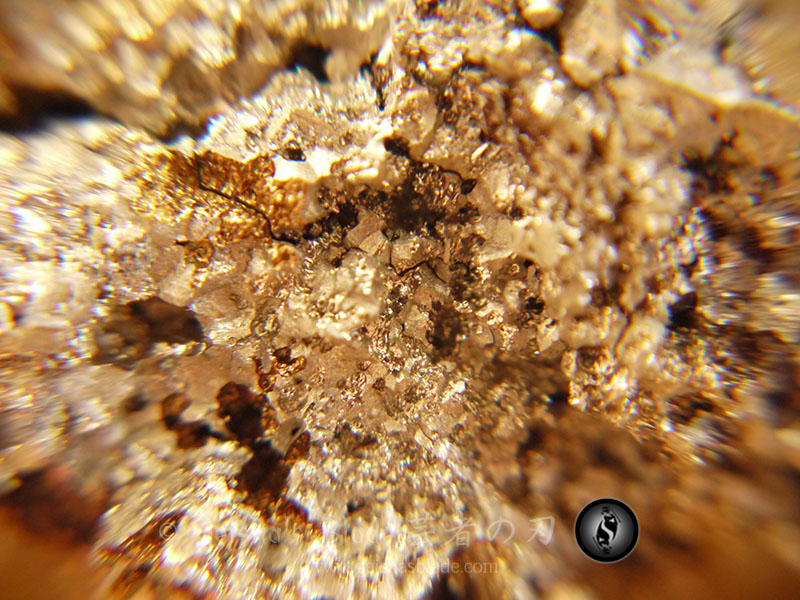 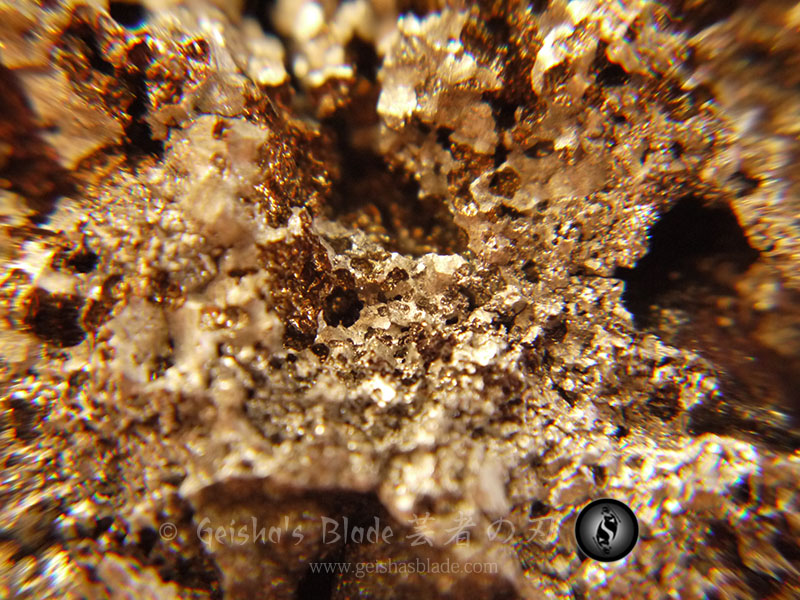 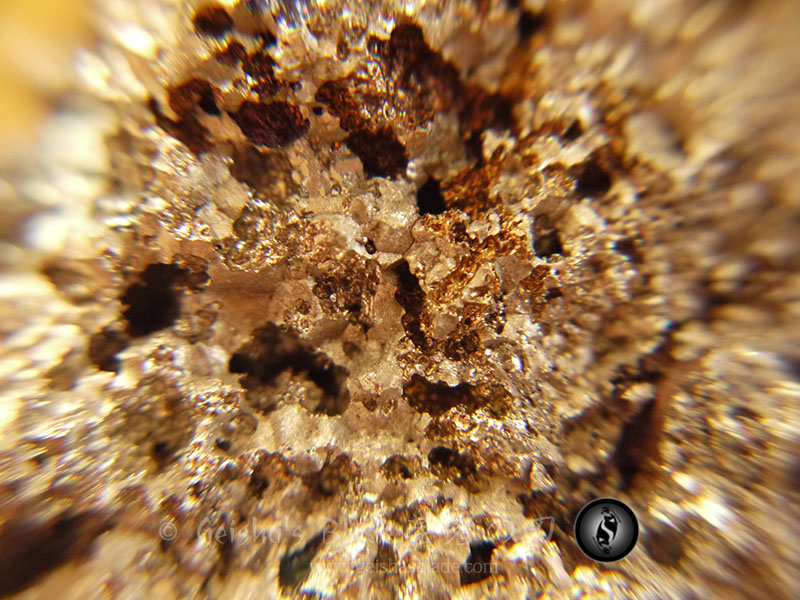 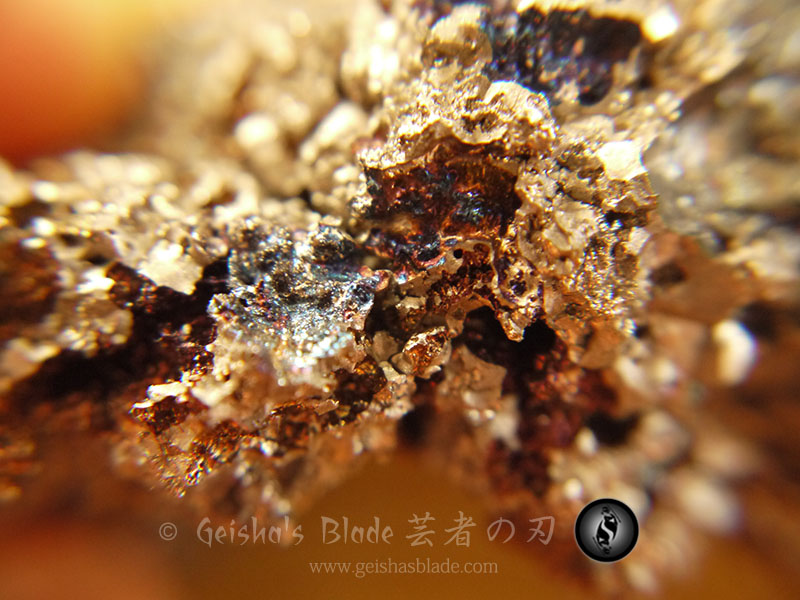 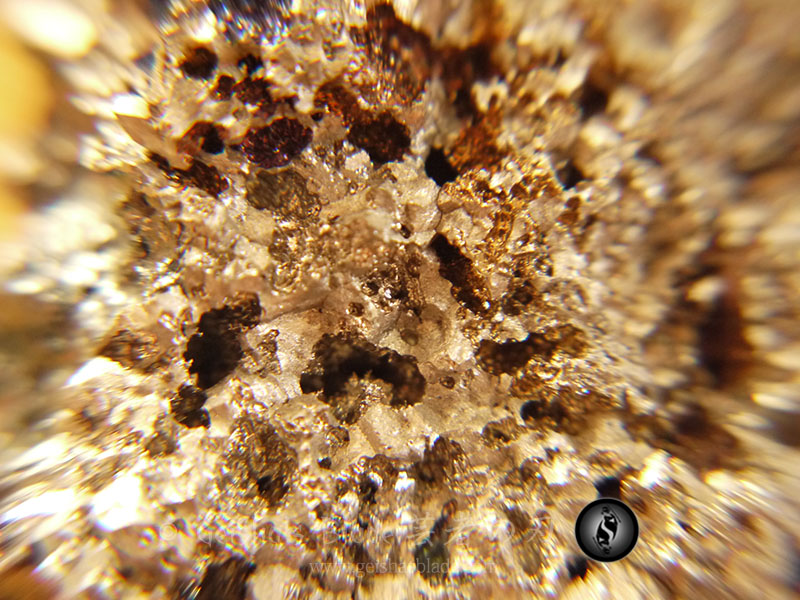 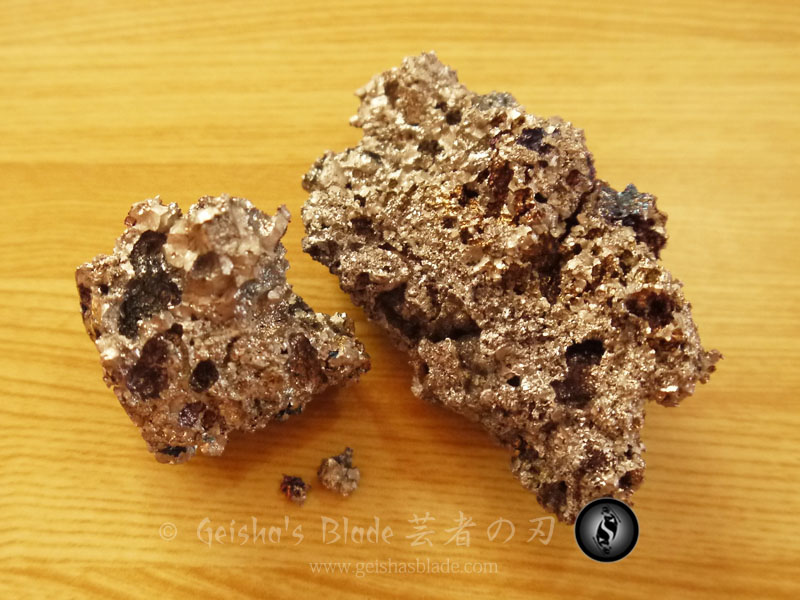 We know you’ll be asking if we’ll be having swords made of Japanese tamahagane. Sadly, we won’t due to its price point. But who knows! We might change our minds. 😉

Or we can just ask these guys to make them for us :p 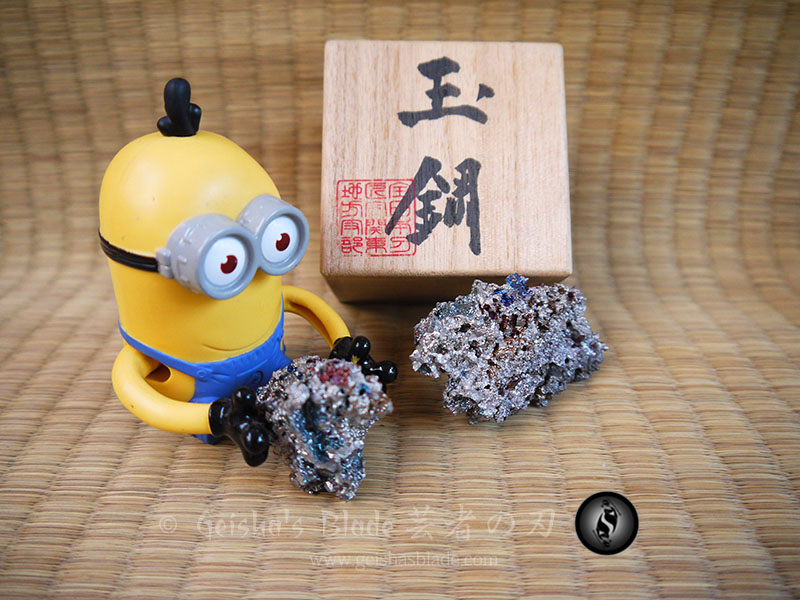