Kakizome translates to “first writing”, which is a Japanese term for the first calligraphy written at the beginning of the year.

“Pearl and Jade, together creates elegance

And so too can Drawings and Books fill a space”

These scrolls were written by Oj Hofer, a calligrapher, martial artist, and also a fashion designer based in Cebu. He studied at the Nihon Shuji, a Japanese society in Cebu that teaches calligraphy. He happens to be the only certified Filipino teacher at Nihon Shuji. 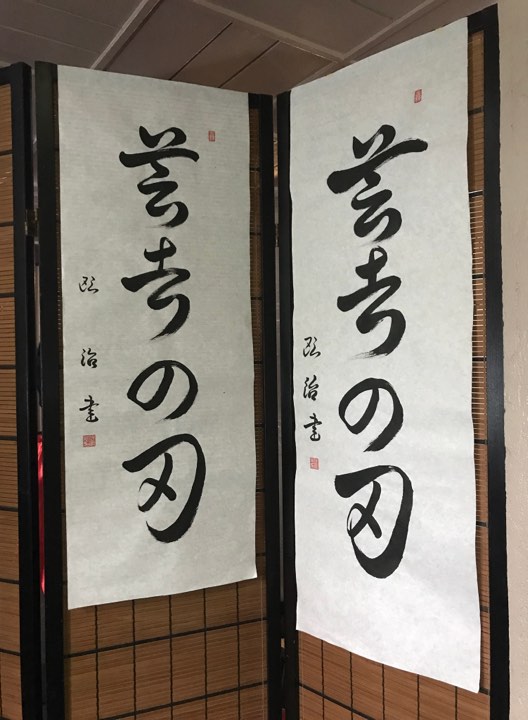 The process of perfecting the balance of each character and the space around it is a time meditative process. Before doing the actual artwork on washi rice paper, one had to repetitively write each character to establish synergy in the rhythm of breath and the flow of the brush. Once synergy was attained, one write with sumie ink, several versions of the characters on washi paper. Oj Hofer only stamped his red seals and signed his signature on the two pieces that he sent to us. Both Oj and his Sensei picked those final two artworks.

Oj Hofer started learning Shoudo at the Nihon Shuji School of Japanese Calligraphy six years ago. This association founded by master calligrapher Kampo Harada teaches Japanese Kana, Kanji and Pen Calligraphy in schools all over the world. The only school in the Philippines is located in Cebu and is run by Sensei Takeko Nagai who has generously instructed him through these years.

Oj Hofer chanced upon Nagai Sensei during the Japanese Arts demonstration in Cebu. Being an officer of the Ikebana International Cebu Chapter 145, he was invited by the Japan Consular office in Cebu to demonstrate Jiyuka or Freestyle Ikebana. Nagai Sensei demonstrated Shoudo during this occasion and it was at the interactive session that followed where he received his first instructions on calligraphy from her. A week later, he went to his first formal lesson on Shoudo at her school on A.S. Fortuna, Mandaue City, Cebu. 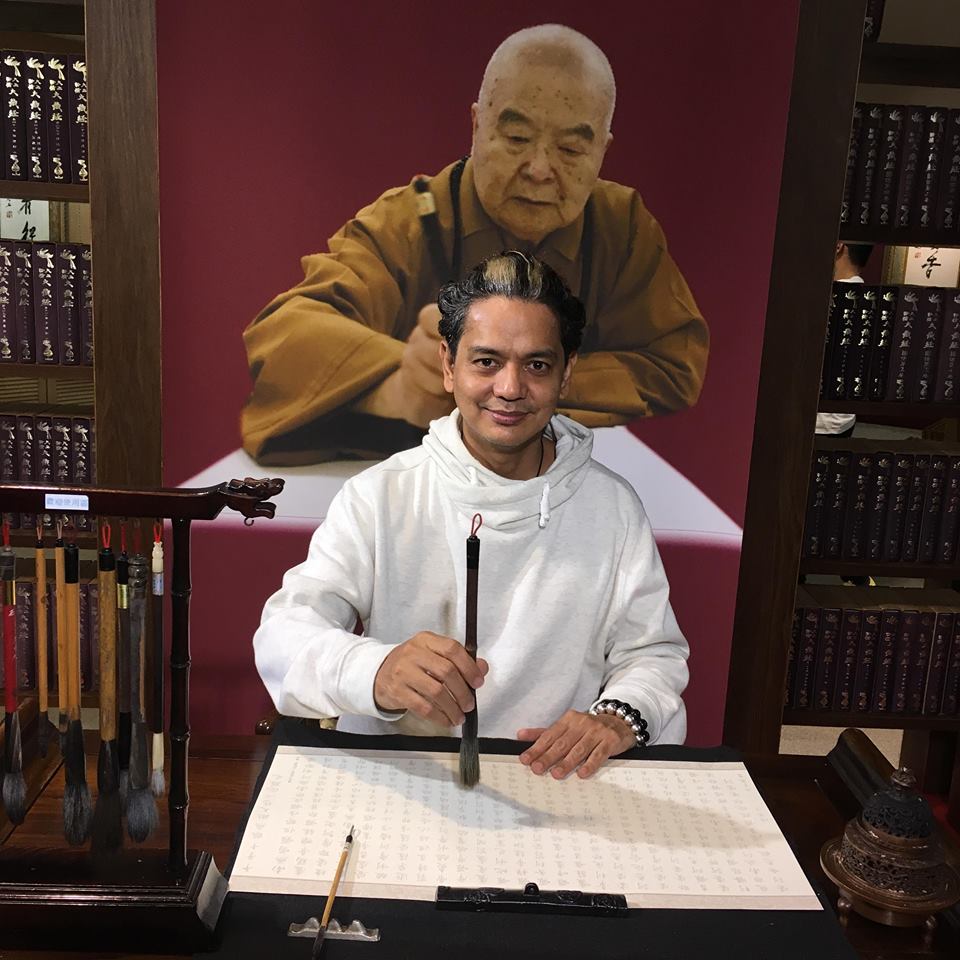 He attended weekly lessons and submitted their monthly and biannual examinations until he completed the fifth level, which is the professional level. Upon completion, Nagai Sensei informed him that he is the only Filipino certified by Nihon Shuji to have attained this level.

In December last year, he exhibited his calligraphy of Tensho, Reisho, Gyousho and Sousho along with some Zen ink drawings, golden abstract brushwork black board, and sumie on canvas. Only a few pieces remain unsold from that show billed “Empty line, Full Heart.” The exhibit was inspired by the book of Venerable Mster Hsing Yun called Travel Like Water and Cloud. Through this first exhibit, he aimed to awaken the viewer to his perfection within.

Here’s a link to the story on the exhibit: http://lifestyle.inquirer.net/247518/cebuano-fashion-designer-also-calligraphist/