We have some customers asking how to tell the difference. It’s actually very easy to tell them apart. Below are some photos (apologies for the quality). 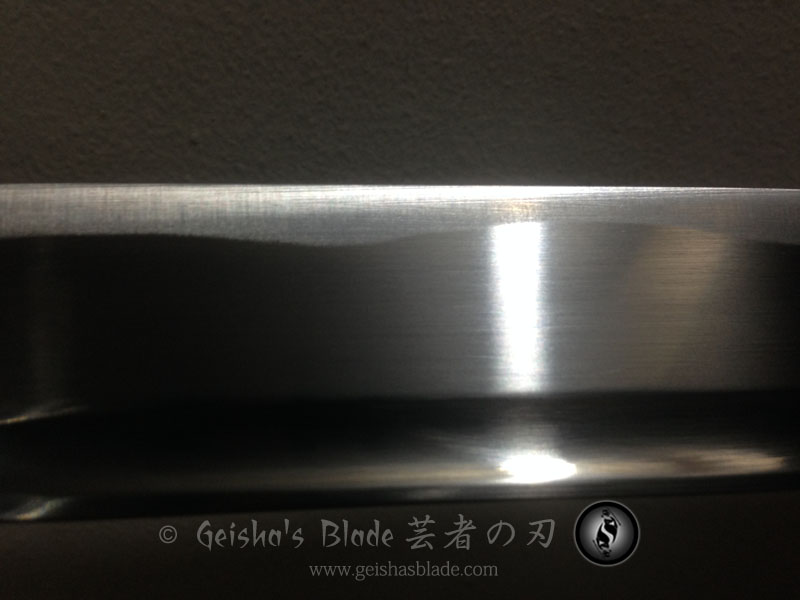 Wire brushed hamon is the most common type of fake hamon. You’ll see them on cheap wall hangers, hand forged swords like our 1045, 1050, and 1060 Series, and even on Japanese made iaito. This is made by placing a hamon stencil on the blade, and then using a wire brush wheel running over the surface of blade where the hamon is supposed to be. This eats away metal so you can see some fine vertical lines from the brushing. This hamon is visible at any angle you look at it and does not need special lighting. 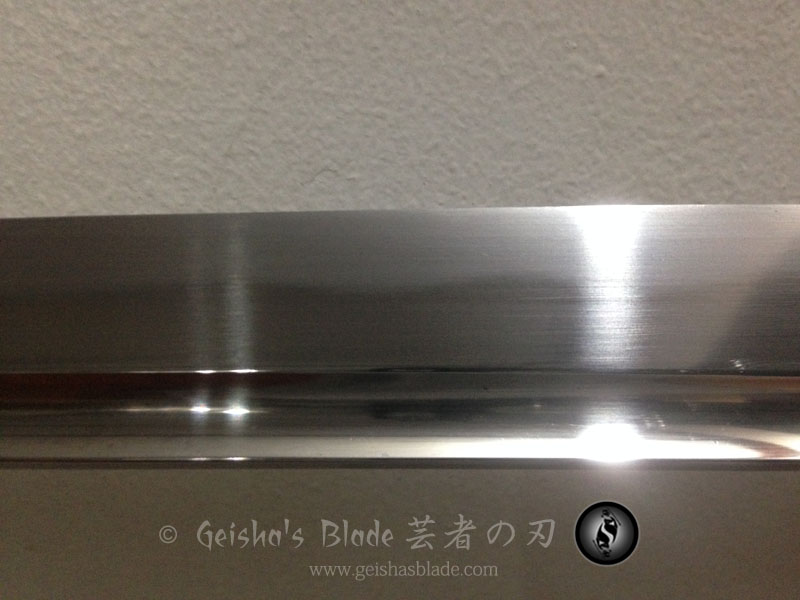 Acid etched hamon can actually fool a beginner because it looks like a real hamon: it’s white, cloudy, and there are no scratches from wire brushing. This is made using various chemicals to etch the hamon. After which the blade is polished with a fabric buff to make the etched hamon look smooth on the surface of the steel. This looks better than a wire brushed hamon, but this fades when you clean the blade with metal polish. This hamon is visible at any angle you look at it and does not need special lighting. 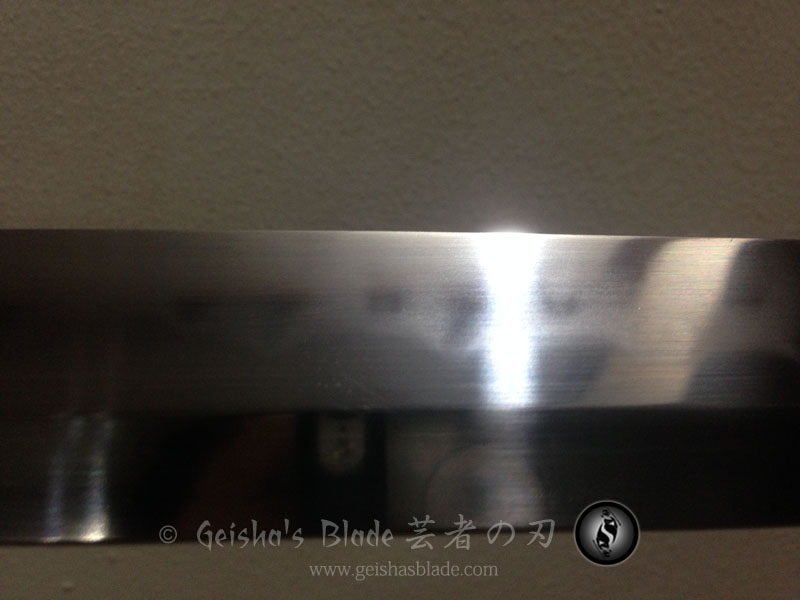 Real hamon is the product of differential hardening. This is the process where the blade is quenched so that the edge is harder than the spine or body of the blade. The spine of the blade is coated with a clay mixture, then heated and quenched. The thick clay coating on the spine acts like an insulator and causes the coated portion of the blade to cool more slowly (the slower the cooling, the softer the steel).

The appearance of a real hamon is like an acid etched hamon: it’s white and cloudy. But a real hamon seems to “glow” under light and the blade needs to be at a certain angle to view it. Up close, you’ll see tiny dots/specks along and between the harder martensitic steel at the blade’s edge and the rest of the blade which is the softer pearlitic steel at the center and back of the sword.

Below are more photos of our swords with real hamon. 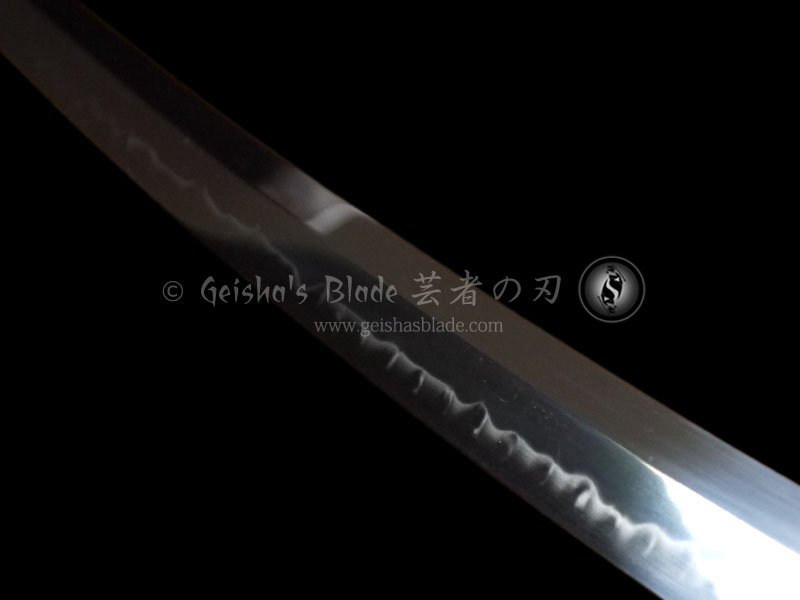 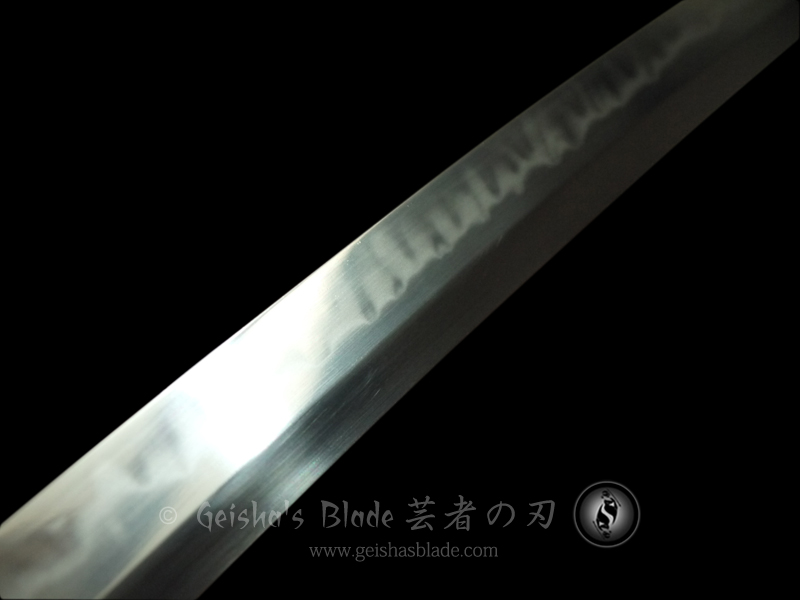 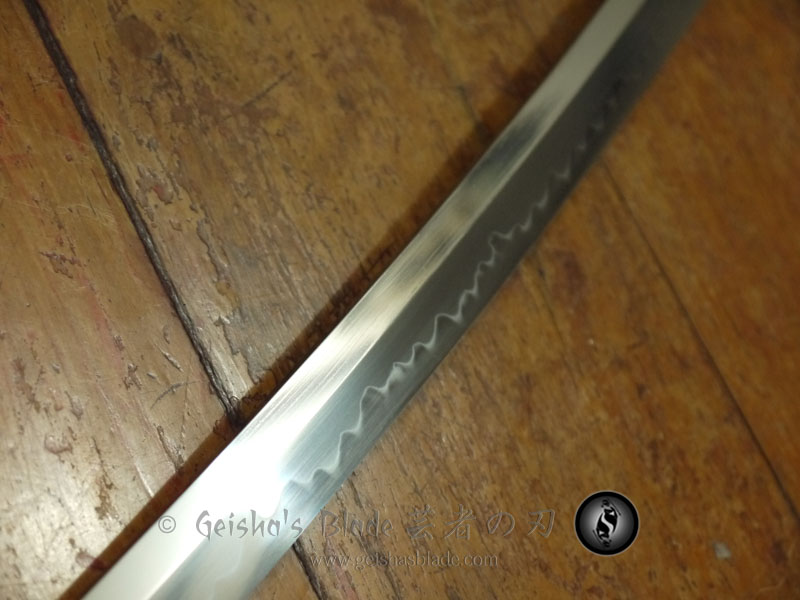 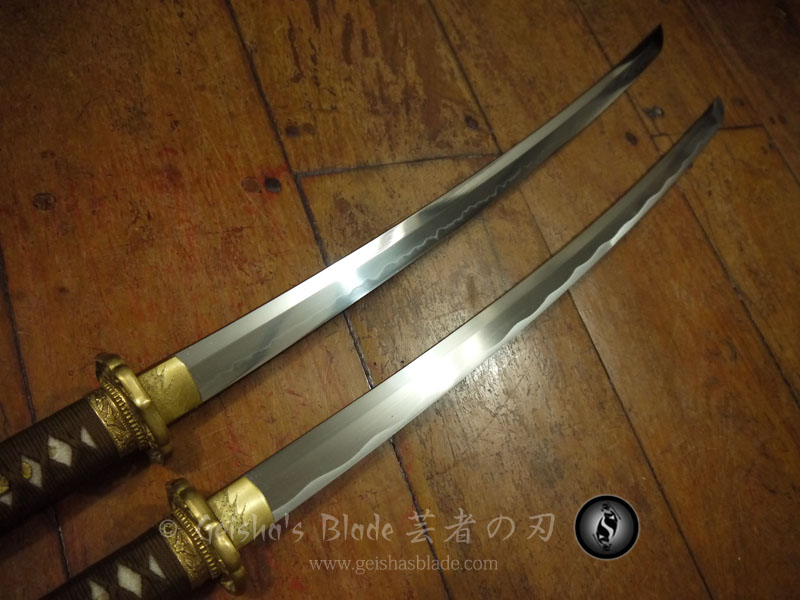 We hope that this short article helped in identifying if a hamon is fake or real.

2 comments on “Fake vs Real Hamon”