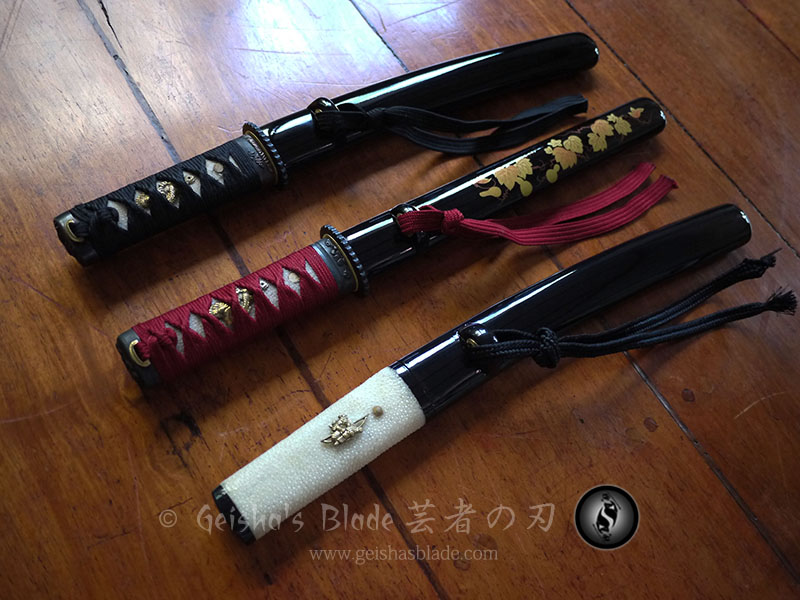 Here’s something else to look forward to at Geisha’s Blade, restock of our tanto and a new model.

The Unokubi Zukuri Tanto and Momiji Tanto are not new. We started selling them last 2010 but haven’t restocked them for quite a while. But because of popular demand, we decided to bring them back in again. 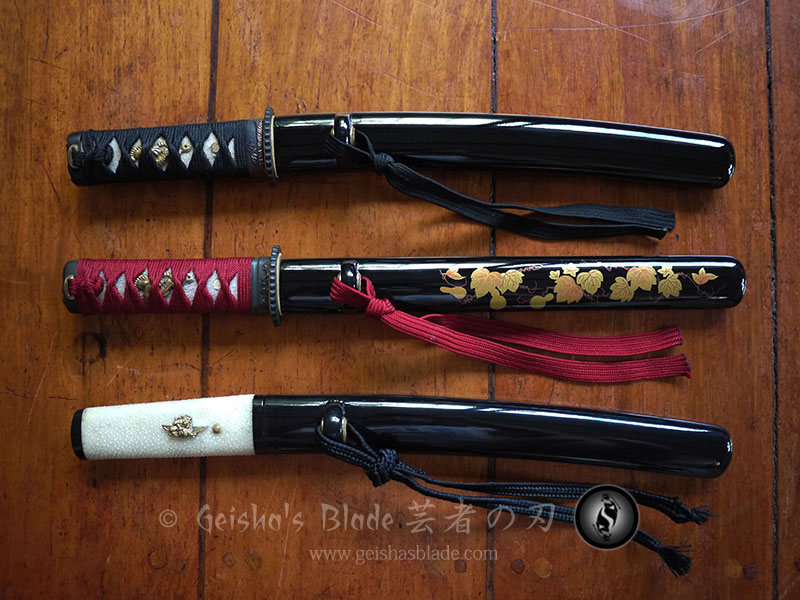 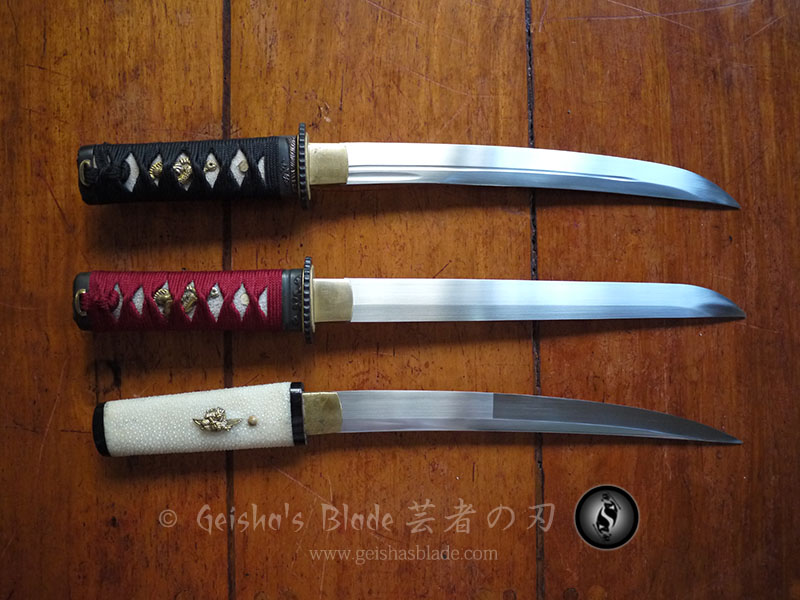 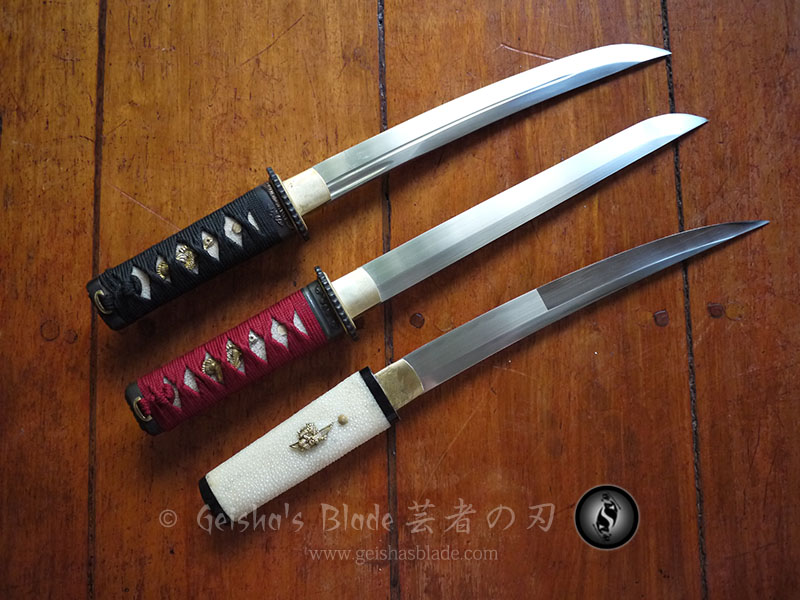 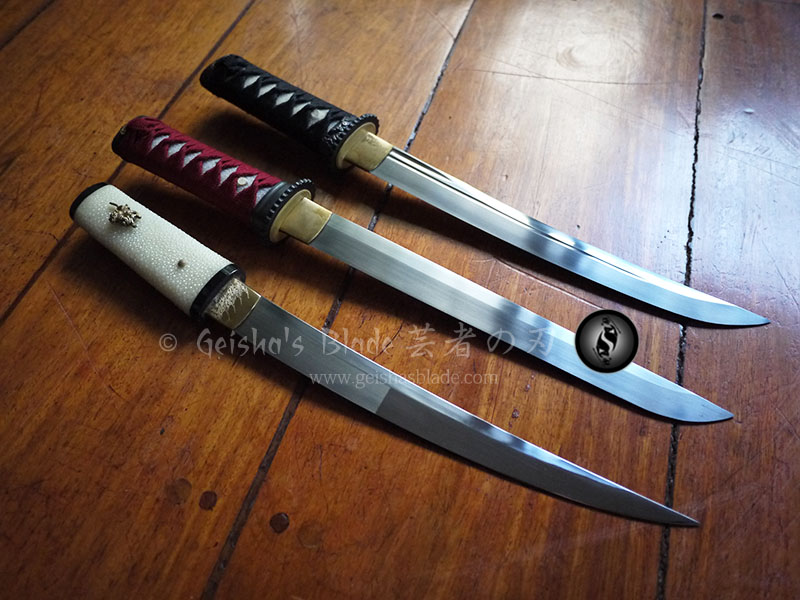 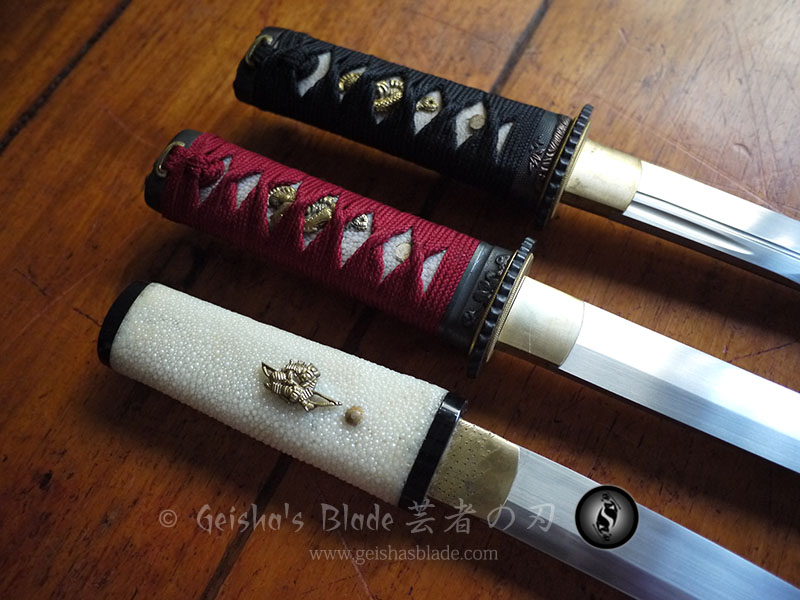 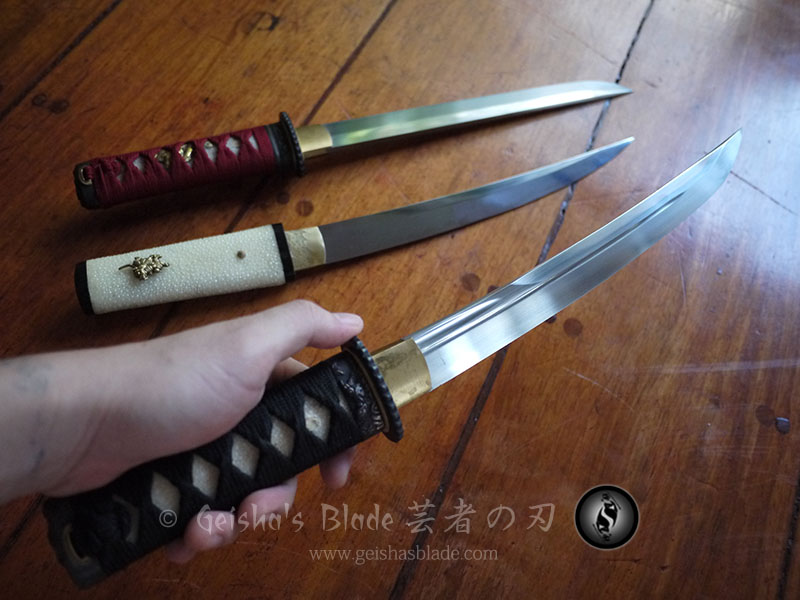 “Momiji” means maple leaf in Japanese which is the design of the saya of our Momiji Tanto. The red tsukaito compliments the maple leaves which turns red during Autumn. Our Momiji Tanto has a shinogi zukuri blade shape (common blade shape of Japanese swords) with no sori (curvature). Just like our Unokubi Zukuri Tanto, we also made the blade longer to 11 inches and retaining the same tsuka length of 5.5 inches. We also changed the menuki design from a namazu (catfish) to the more symbolic dragon menuki. The fuchi-kashira depicts sakura or cherry blossoms. The design of the saya features maple leaves and a gourd which is made to look like “maki-e”. The price of the Momiji Tanto is still the same as our previous stocks which is PHP 4,500. 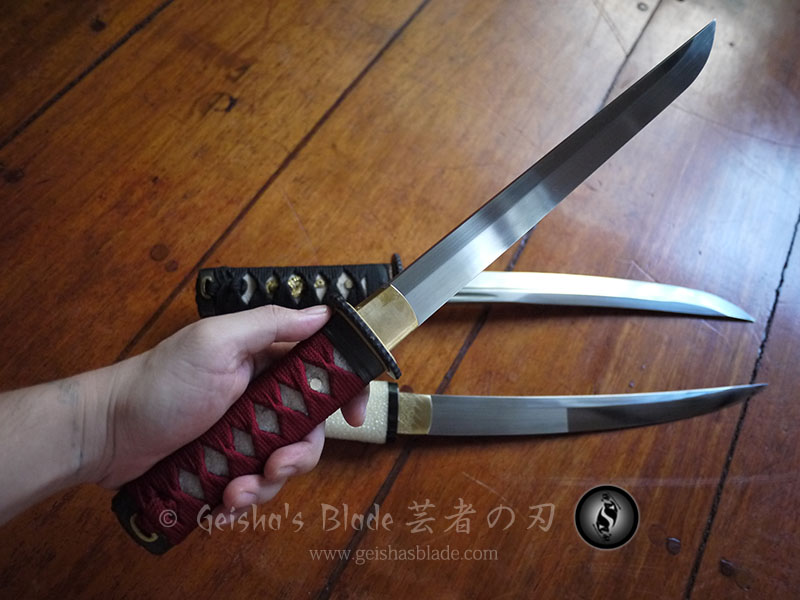 Previous stocks of our Unokubi Zukuri and Momiji tanto used to have a wire brushed hamon. With our new stocks, we decided not to have the wire brushed hamon as we’re planning to acid etch a hamon. It’s still fake a hamon, but looks better than wire brushed. We’ll be posting photos when we’re done.

The newest addition to our tanto line is the Osoraku Zukuri Tanto. Like our Unokubi Zukuri Tanto, the name also refers to the shape of the blade. The kissaki (tip) is bigger than half of the blade’s length, which is considered an O-kissaki (large kissaki). This is a rare blade shape was developed by Shimada Sukemune of the Shimada school of swordsmithing during the late Muromachi period of Japan. The tsuka of our Osoraku Zukuri Tanto has a full wrap real samegawa (ray skin). This technique is called “maru-kise” (round wrapped). The fuchi-kashira is made of real buffalo horn. The menuki, made of brass, features Bushi wearing yoroi engaged in hand to hand combat. This tanto is considered an “aikuchi” since it doesn’t have a tsuba. Aikuchi is a type of tanto koshirae where the fuchi is flushed with the koiguchi (mouth of the saya). The nagasa (blade length) of the Osoraku Zukuri Tanto is 11 inches while the tsuka length is 5 inches. The habaki features a “neko-gaki” or cat scratch pattern (also called “falling rain”) which is usually seen on nihonto with high quality koshirae (sword fittings). The price of the Osoraku Zukuri Tanto is PHP 12,000. 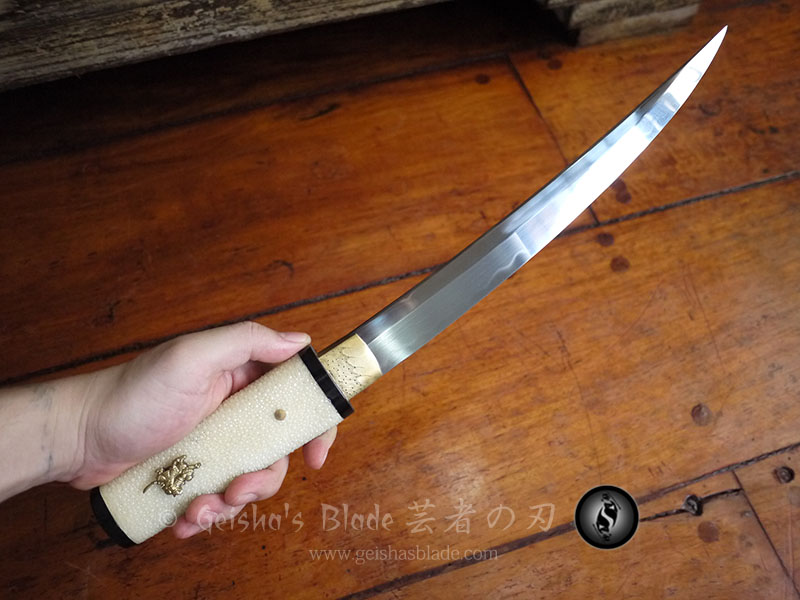 We are currently working on our inventory, inspecting each swords, and taking new photos to be used as stocks photos. So it may take us a while to update the stocks on our website. Hopefully these will be available for purchase by next week. Just keep checking our Facebook page for updates!