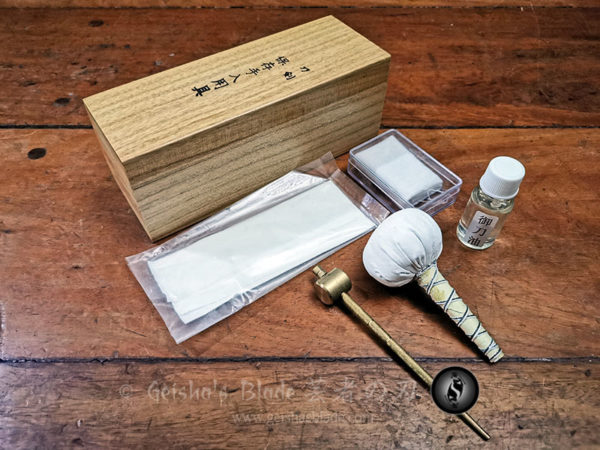 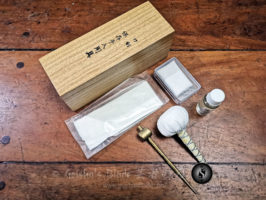 Please note that this kit is just for maintenance, for blades that’s just on display. This won’t really clean your blade after you’ve used it for cutting. We have one ourselves and we seldom use it. It’s mainly on display. We can provide you alternatives for cleaning your blade (after you’ve used it for cutting) that can be easily purchased at any supermarket or hardware stores. Though, it’s still nice to have this kit as you get to maintain your blade in the traditional manner.