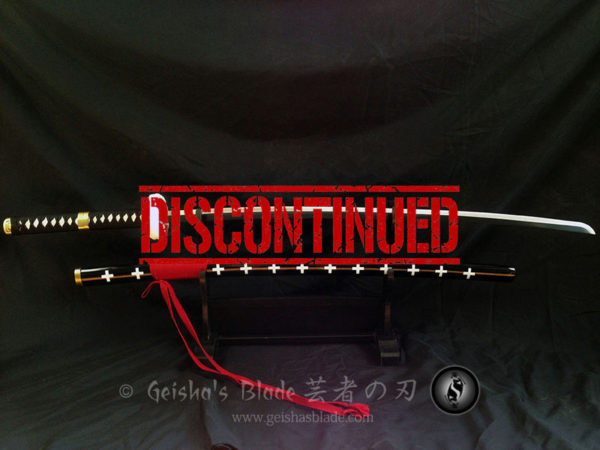 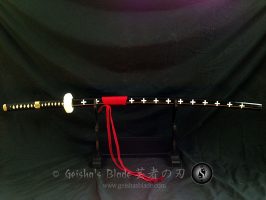 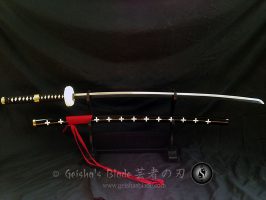 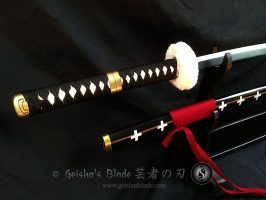 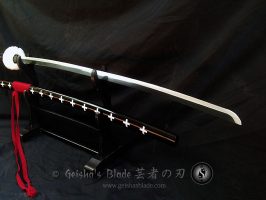 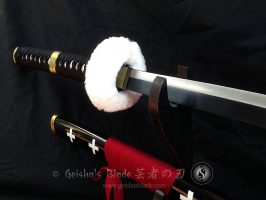 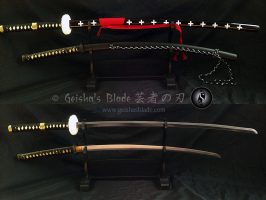 Geisha’s Blade 芸者の刃 version of Trafalgar Law’s Kikoku Odachi. He is one of the characters in the popular anime/manga: One Piece. Trafalgar Law is the captain and doctor of the Heart Pirates, a pirate crew from the North Blue. On top of being one of twelve pirates who are referred to as “The Worst Generation” (formerly known as “The Eleven Supernovas”), he became one of the Shichibukai during the timeskip.

In the last photo, we placed it together with one of our regular-sized katana, the Kirishitan Katana, and you can see how long the Kikoku is.