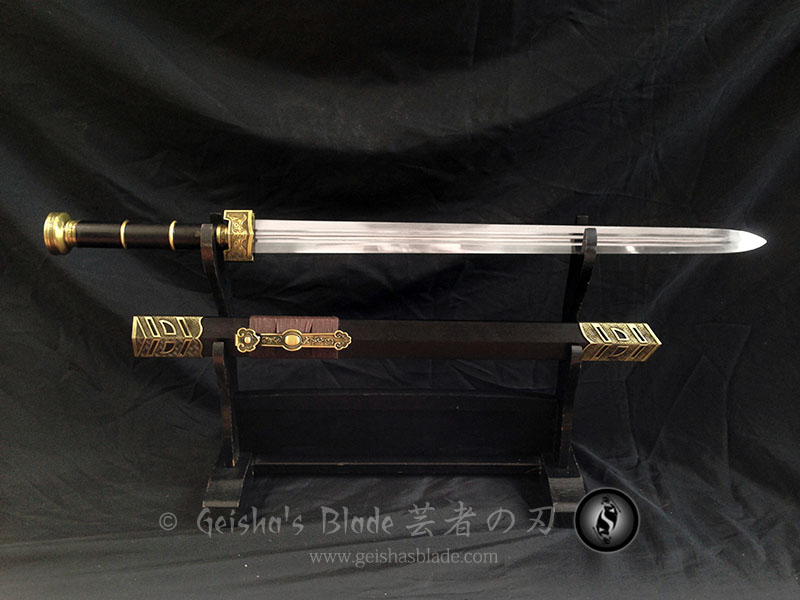 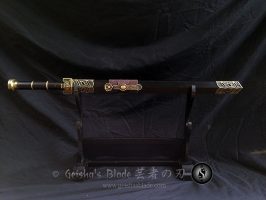 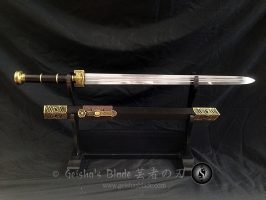 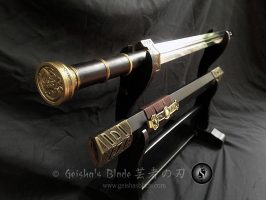 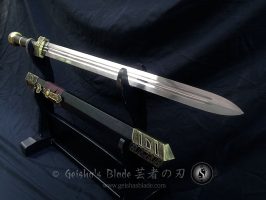 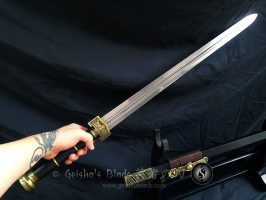 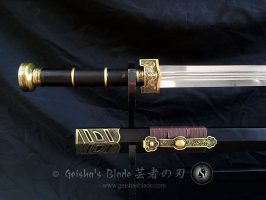 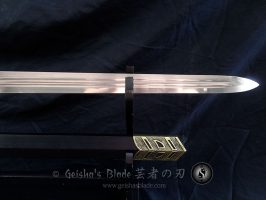 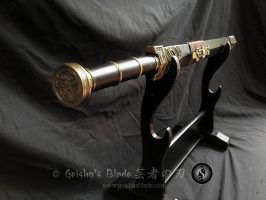 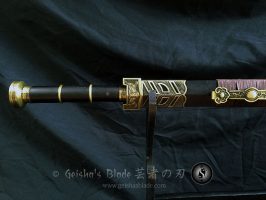 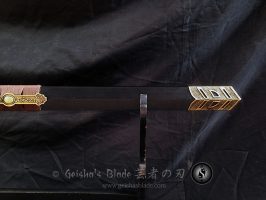 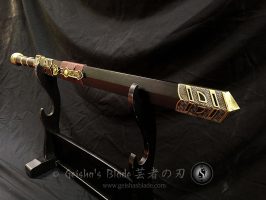 This type of jian was developed during the Han Dynasty (206 BC–220 AD) and is more popularly known as Han Dynasty Jian or Han Jian. This is the type of blade that would have been wielded by many of the soldiers of whom the famous 1st Emperor of China, Qin Shi Huang‘s Terracotta Army were modeled after, though such weapons were bronze.

It became known as a weapon of the aristocracy, high-ranking military officers, professional martial artists and the wealthy for personal defense, training, ceremony, and prestigious decoration. It’s also often the weapon of heroes in Chinese martial arts movies.

This type is a one-handed version. With double grooves on the short blade, it’s very light and well-balanced. It has a full tang and the pommel is threaded. We placed a bamboo peg on the handle for added security.