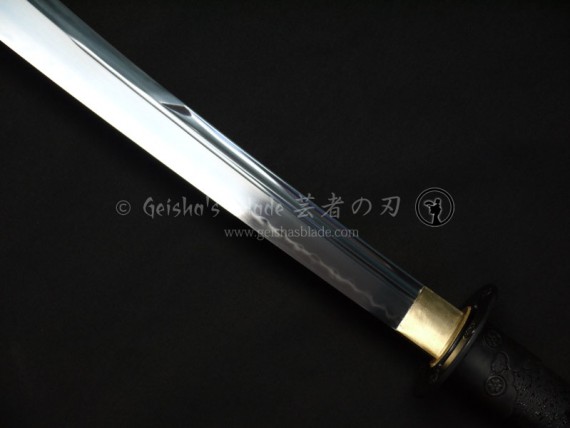 The naginata is a halberd-like weapon that was used extensively in feudal Japan. Described by some as simply “a sword on the end of a long pole”, the naginata was actually a sophisticated weapon which required considerable skill and stamina to use effectively in battle. It consisted of a curved blade, 1 to 2 feet in length, mounted onto a wooden shaft that was usually 5 to 9 feet long. The actual dimensions of a naginata were primarily dependent on personal preferences and battle conditions.

The naginata was also used extensively by women warriors (onna bugeisha). It is a common misconception that women of that era were submissive and subdued. In reality, they were highly trained warriors who were well versed in the use of the naginata as well as many hand to hand fighting techniques. One of the most famous women warriors was Hangaku Gozen aka Itagaki. Famous for her naginata skills, Itagaki was in charge of a garrison of 3,000 warriors at the Torizakayama castle. The Hojo shogunate dispatched over 10,000 warriors to crush them. Itagaki led her troops out of the castle directly into the Hojo warriors, killing a significant number of them before finally being overpowered. Off of the battlefield, the naginata was also used by women as a means of protecting themselves and their children while the men were away in battle or working in the fields. Because of the size and reach of the weapon, a woman could keep an attacker at a safe distance.

• Sword in photo not included. Only used for size comparison
• Specs may vary slightly from naginata to naginata
• Can be disassembled
• Includes cloth bag and carton box