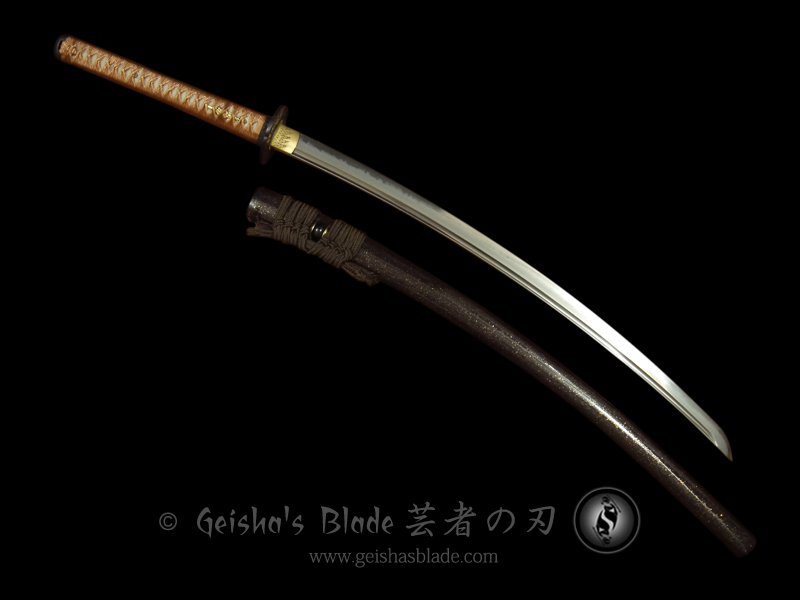 The Daichiryu Katana is named as such based on the design of the tsuba. The front of the tsuba depicts an Earth dragon coming out of the ground. On the other side, you’ll see part of the Earth dragon and some birds flying that were disturbed due to the tremors caused while the dragon was coming out. The fuchi-kashira also features a very detailed dragon and the menuki is a kenmaki ryu (dragon wrapped on a sword).

According to Chinese Astrology, the element Earth is believed to grant stability and practicality to a sign. When allied with the Dragon, the resulting personality is a great combination – one who loses none of the sign’s natural determination and strength but in turn gains from a higher level of equanimity. Straight as a rod, this aristocratic Earth Dragon is quiet, strong and brave. Given to reflection and organization, his outbursts of temper will be few, nor will he demean himself by arguing with those beneath him when he is angered. However, he will retaliate quickly once his dignity is offended.

The blade of the Daichiryu Katana is made of T10 tool steel with a deep and sexy sori (curvature). The hamon pattern is “choji” style (clover tree flower) which is one of the most beautiful hamon patterns (in our opinion) and very difficult to make.

The habaki on this sword features a “neko-gaki” or cat scratch pattern (also called falling rain) which is uncommon to see on modern production swords, but usually seen on nihonto with high quality koshirae (sword fittings).