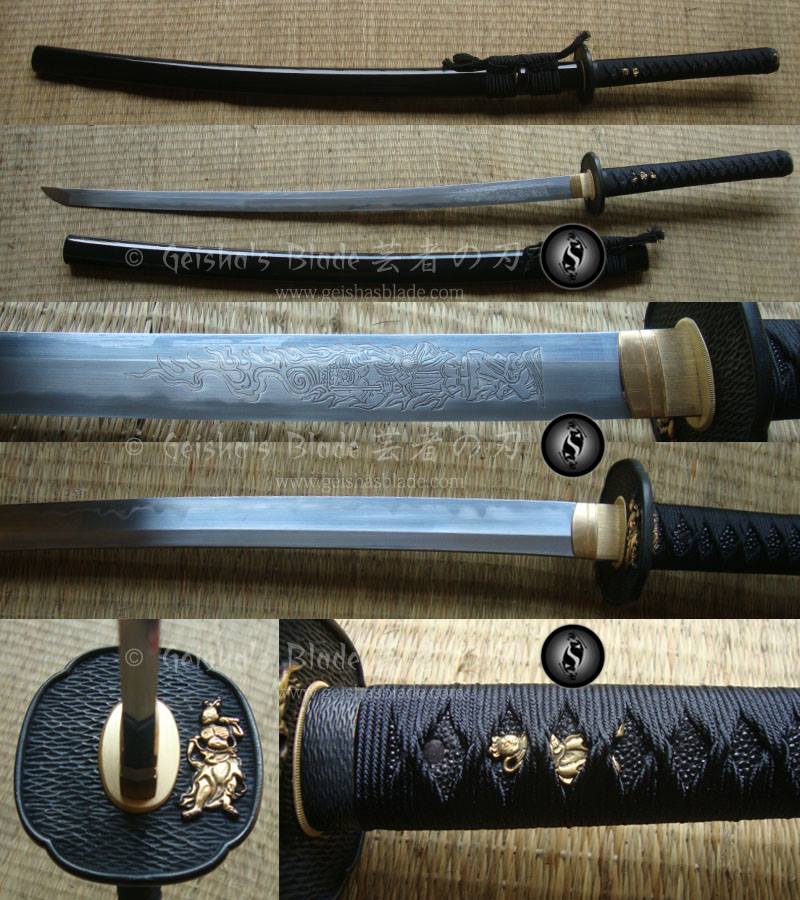 Fudō Myō-ō is the central deity in all Myō-ō groupings, and in artwork is positioned in the center. Fudō is a personification of Dainichi Nyorai, and the best known of the Myō-ō, who are venerated especially by the Shingon sect of Japanese Esoteric Buddhism (Mikkyō 密教). Fudō converts anger into salvation; has furious, glaring face, as Fudō seeks to frighten people into accepting the teachings of Dainichi Buddha; carries “kurikara” or devil-subduing sword in right hand (representing wisdom cutting through ignorance); holds rope in left hand (to catch and bind up demons); often has third eye in forehead (all-seeing); often seated or standing on rock (because Fudō is “immovable” in his faith). Fudō is also worshipped as a deity who can bring monetary fortune. Also, Fudō’s left eye is often closed, and the teeth bite the upper lip; alternatively, Fudō is shown with two fangs, one pointing upward and other pointing downward. Fudō’s aureole is typically the flames of fire, which according to Buddhist lore, represent the purification of the mind by the burning away of all material desires.