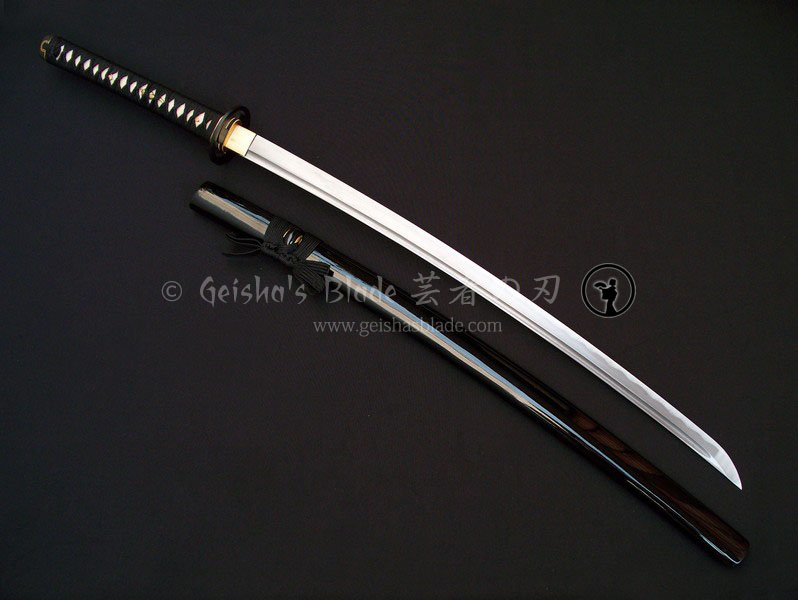 The folded steel blade of our Mitsudomoe Katana has been folded to produce 2,800 layers. In terms of overall quality and finish, a folded steel blade is on the same level as their forged mono-steel brothers and sisters. It doesn’t make the blade any sharper or tougher. It’s only difference is that the steel has been folded resulting in a blade with a nice “hada” (grain in steel, pattern of folding the steel) and is of course much more attractive to the eye compared to a mono-steel blade and gives a more traditional look.