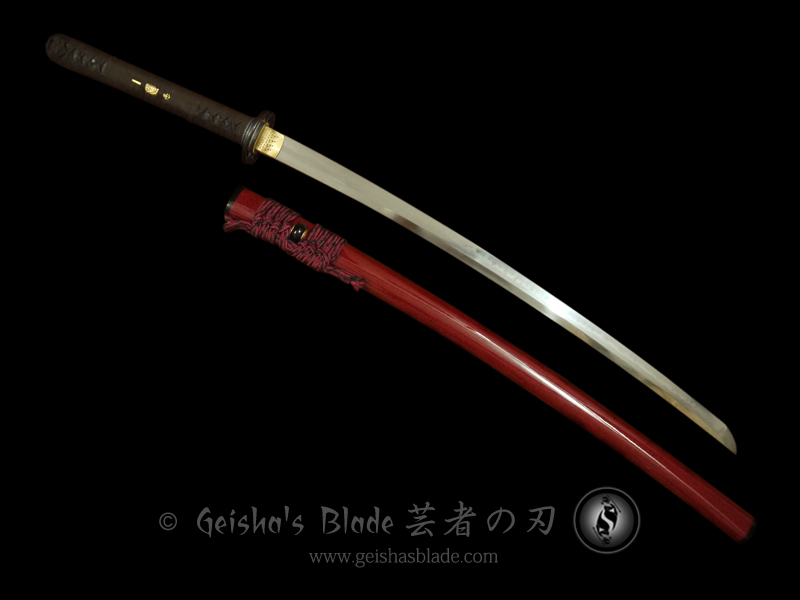 Ever wondered why the Musashi Katana is named as such? It’s not because that’s the katana Miyamoto Musashi used, but it’s because the tsuba mounted was based on one of the tsuba that he made.

Miyamoto Musashi was not just a skilled swordsman, he was also an artist who made several paintings with flying birds and running horses as his subjects. He was also a ‘tosogu-shi’ (craftsman who makes sword fittings) and made several tsuba and other sword fittings. One of his famous works was the ‘double ring’ tsuba like the one on this sword. However, he never had this tsuba mounted on any of his swords, he used a sakura themed tsuba on one of his katana instead. You can see some of Musashi’s paintings and the original double ring tsuba he made here.

The blade is of our Musashi Katana made of T10 tool steel with a regular sori (curvature). The hamon pattern is “midare” (irregular) with a lot of “hataraki” or activities on the hamon. Seen on the photos showing the hamon are “ashi” or legs which are streaks of “nioi” (cloud like hamon) extending toward the edge. It’s just beautiful and truly a work of art!

The habaki on this sword features a “neko-gaki” or cat scratch pattern (also called falling rain) which is uncommon to see on modern production swords, but usually seen on nihonto with high quality koshirae (sword fittings).