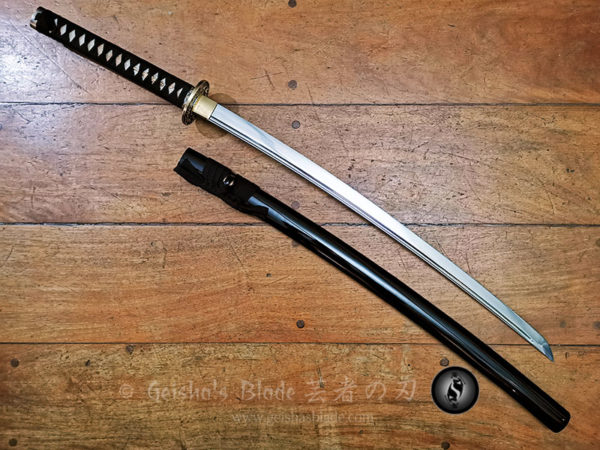 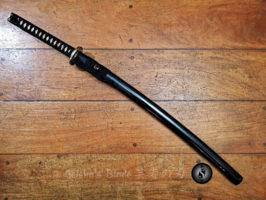 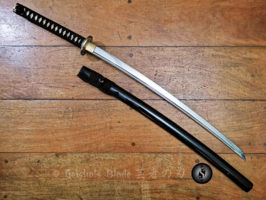 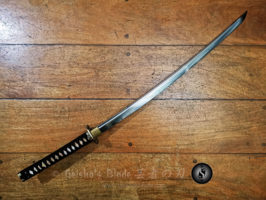 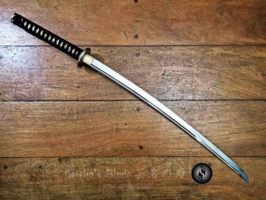 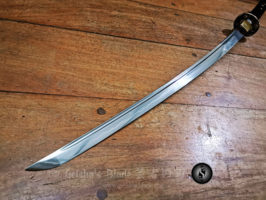 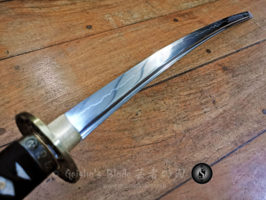 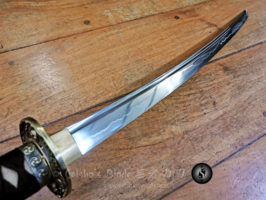 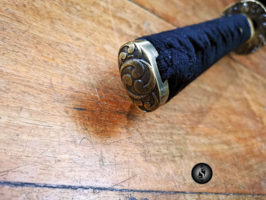 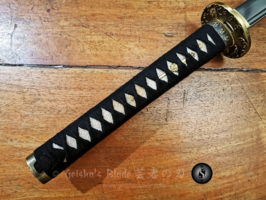 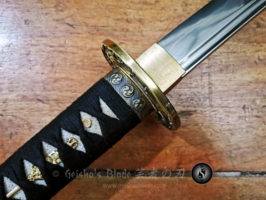 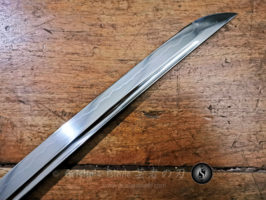 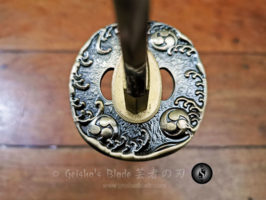 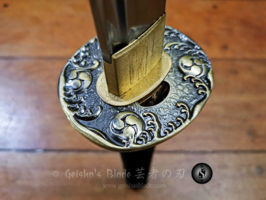 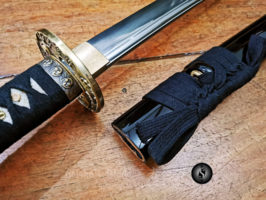 In Japan, nami (wave) represents power and resilience. Many samurai used this as a “kamon” or crest, because waves are coming and going which is similar to tactics of Samurai strategy.

The videos below show the cutting test and the difference in flexibility between the 1st Generation and 2nd Generation. The 2nd Gen is more flexible like a 1060 blade.