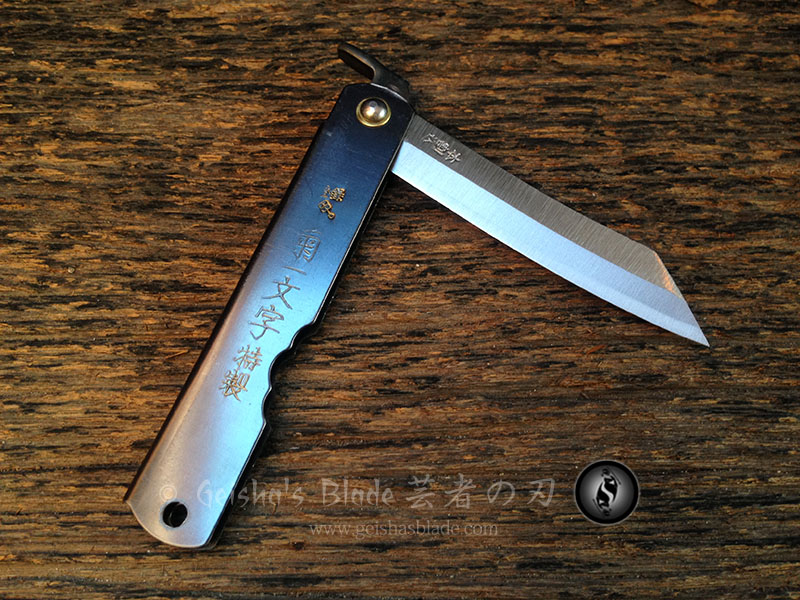 The blade is made of Shirogami or White steel (also known as “white paper steel”, named for the wrapping used by its manufacturer). Shirogami is used to make tools that can be sharpened to an excellent edge with good quality natural stones. It is a carbon steel with only very small amounts of the impurities P (phosphorus) and S (sulfur). It has a very narrow range of temperatures for hardening, and thus requires the blacksmith to be very skilled. White Steel has a very high carbon content ranging from 1.25% to 1.35% which makes more hardness, but also relatively brittle. Stamped on the blade is the kanji for Shiro Hagane or White Steel. The blade is sanmai laminated, very sharp and has a real suguha (straight) hamon.