View cart “Hisui Higonokami” has been added to your cart. 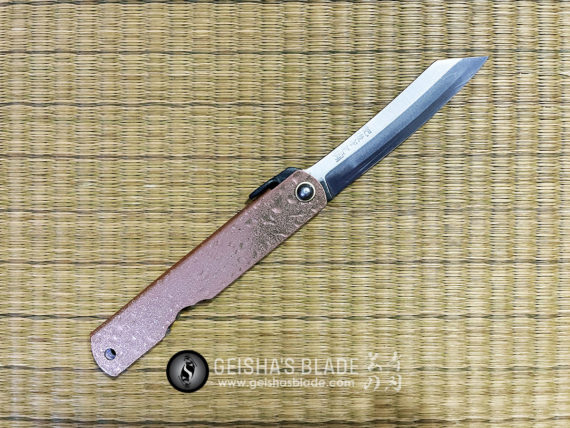 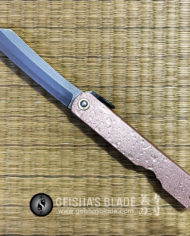 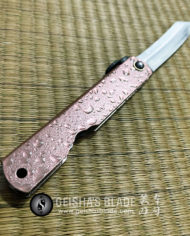 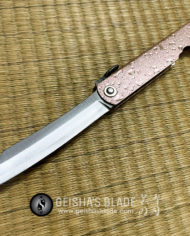 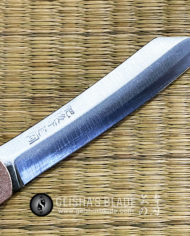 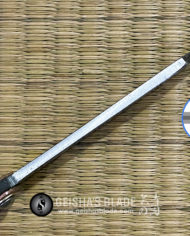 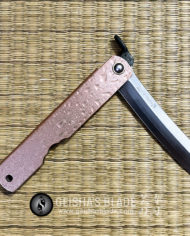 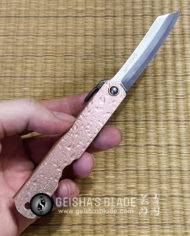 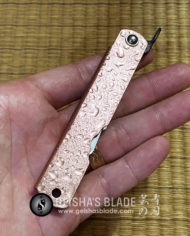 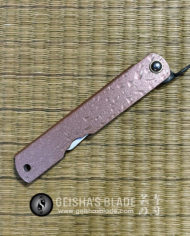 The Mizushibuki Higonokami Pink is one of the newest Higonokami designs from the Nagao Kanekoma Factory in Miki-shi, Hyogo, Japan. The blade shape is that of the standard Higonokami, but the handle/case is coated in pink with anti-slip clear resin splash, giving the appearance of water droplets. The blade is made of Aogami/Blue Steel (high carbon steel) in the sanmai (warikomi) construction.

The 5 small kanji stamped on the blade is 肥後守定駒 which reads "Higonokami Kanekoma".