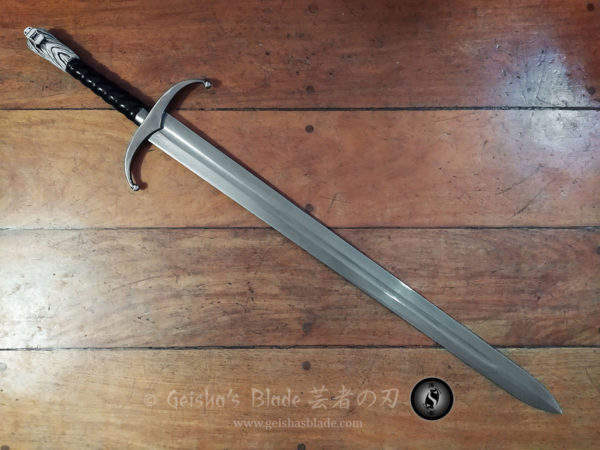 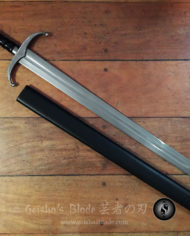 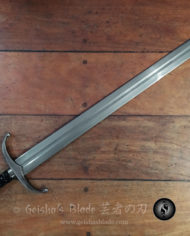 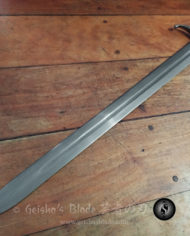 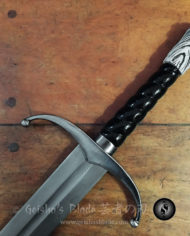 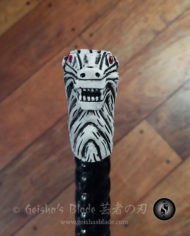 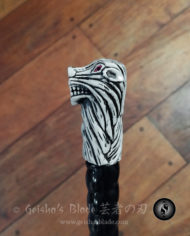 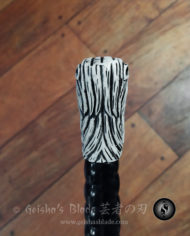 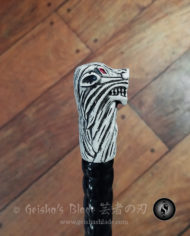 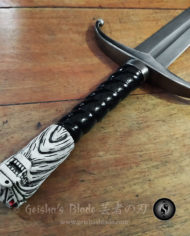 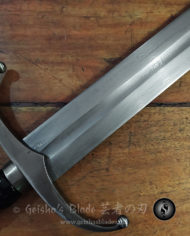 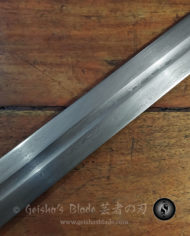 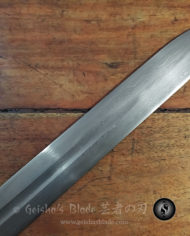 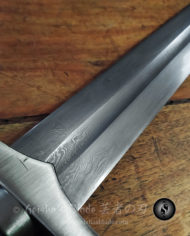 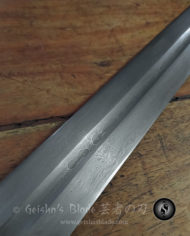 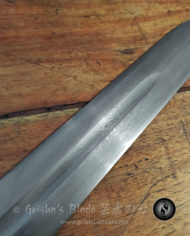 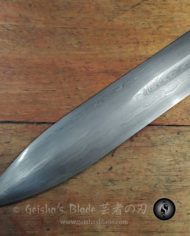 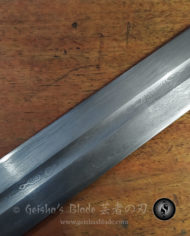 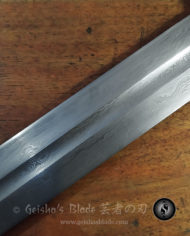 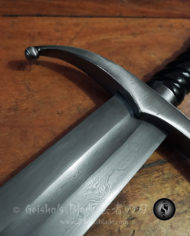 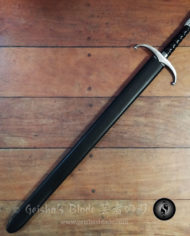 Hand forged version replica of Jon Snow’s Longclaw from the TV series Game of Thrones. The blade is fully sharpened and folded, giving it the appearance of Valyrian steel. Watch the cutting video below.

“It’s my father’s sword, and his father before him. The Mormonts have carried it for five centuries. It was meant for my son, Jorah. He brought dishonor to our House… but he had the grace to leave the sword before he fled from Westeros.”―Lord Commander Jeor Mormont

Longclaw is a Valyrian steel sword that was the ancestral weapon of House Mormont for five centuries. When Lord Jeor Mormont retired from his lordship to take the black and command the Night’s Watch, he passed it to his son and heir, Ser Jorah Mormont. When Jorah went into exile after trying to sell some poachers into slavery, he left the sword and Ser Jeor Mormont’s sister returned it to him on the Wall.

Years later, Jeor gave Longclaw to Jon Snow as a reward for saving his life from a wight. Before giving it to Jon he had the pommel remade, replacing the bear with a direwolf, the sigil of House Stark.