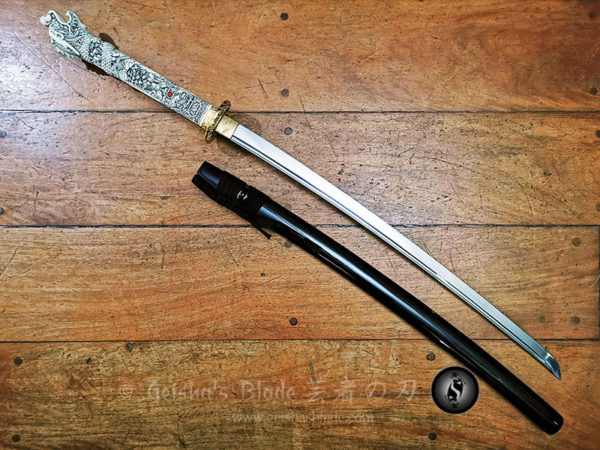 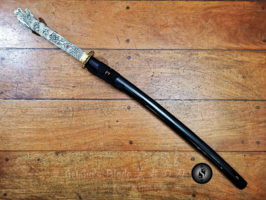 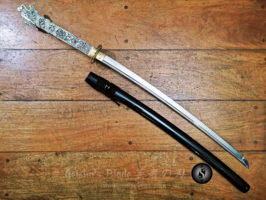 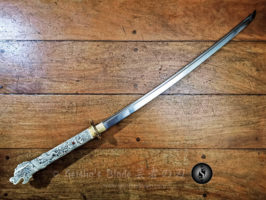 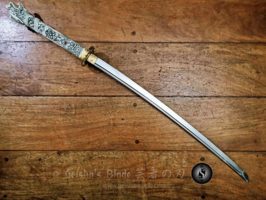 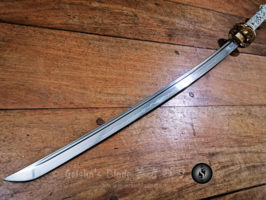 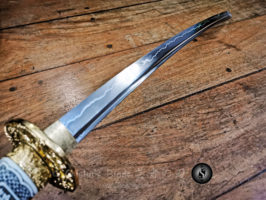 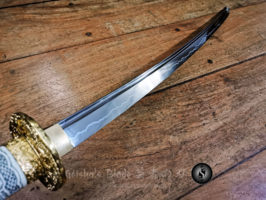 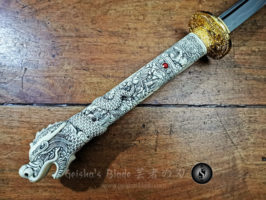 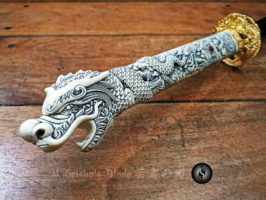 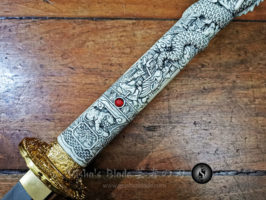 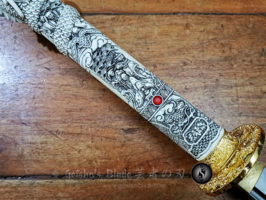 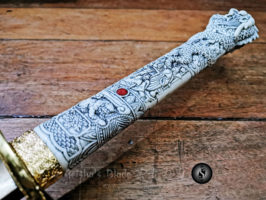 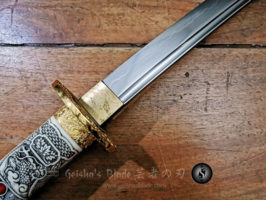 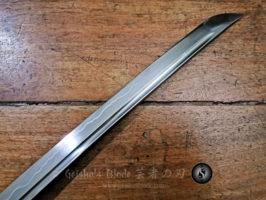 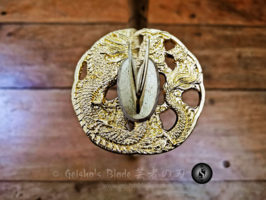 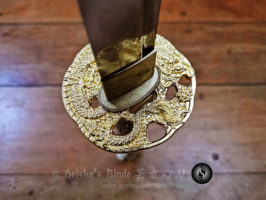 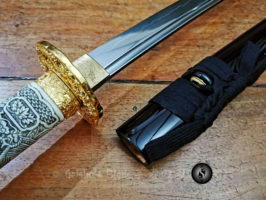 The blade of the version 2 is now made with our 2nd Gen 1045 carbon steel and now has a bohi (groove). There’s also a faux stone covering the bamboo mekugi on the tsuka.

This sword was based on the sword used by Juan Sánchez Villa-Lobos Ramírez. It later became Connor MacLeod’s when his friend and mentor was beheaded by the Kurgan. Based on the story, the sword was made by the legendary swordsmith Masamune as a wedding gift to Ramirez when he married his daughter Shikiko. Ramirez cherished the sword (just as he’d cherished his wife), remarking that the weapon was “one of a kind, like his daughter [Shikiko].”

This sword features the “open-mouth” dragon’s head handle made of ABS plastic to simulate ivory. Most, if not all, available versions in the market are either made of faux ivory or polyresin. That’s just a fancy way of saying ABS plastic. But that doesn’t mean it’s bad. It’s used for a lot of products from golf club heads, protective headgears, whitewater canoes, to Lego bricks. It’s more economical to use ABS plastic. We can probably have the handle carved out of wood. But with such an intricate design, it will take a long time to make and will definitely cost a lot more. We don’t think you’ll ever find a version of the Highlander Katana with a wooden handle or real ivory, it will just be too expensive.