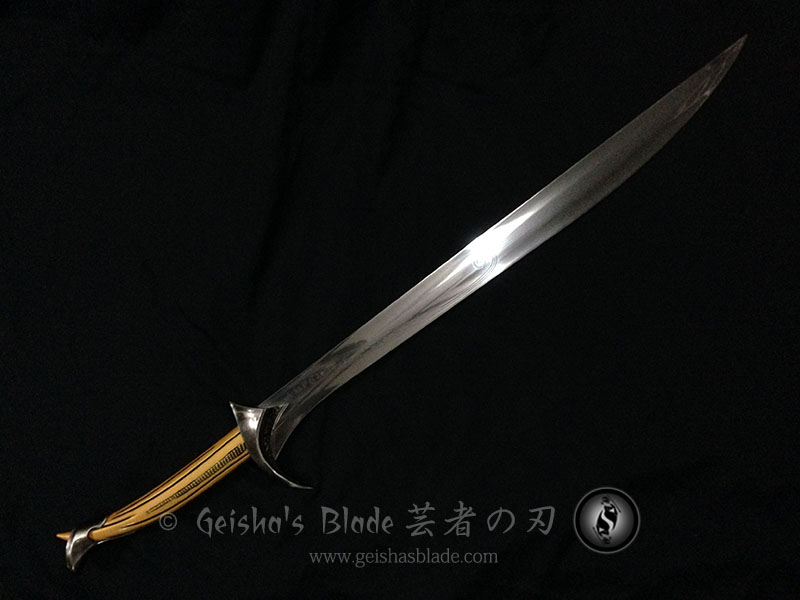 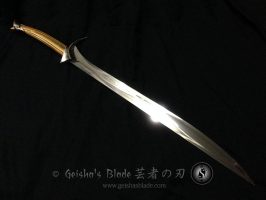 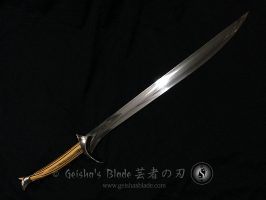 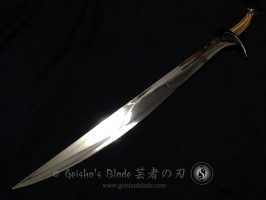 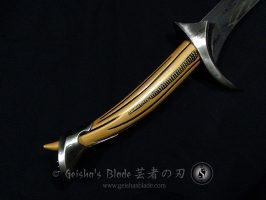 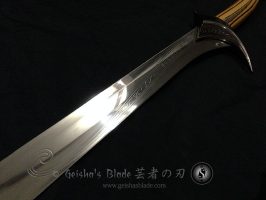 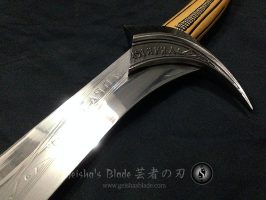 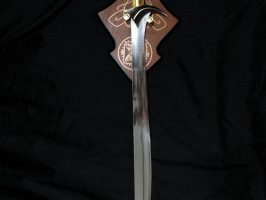 A replica of Thorin’s Orcrist from The Hobbit movie.

During the First Age, Orcrist was forged alongside its “mate”, Glamdring, by elven smiths of old and may have been used by King Turgon or one of the Lords of the Gondolindrim. It was described to have “killed hundreds of goblins in its time, when the fair elves of Gondolin hunted them in the hills or did battle before their walls”, and was most likely lost during the Fall of Gondolin. It became the sword of Thorin II Oakenshield during The Quest of Erebor. It was feared and called Biter by the Orcs.