The Lord of the Rings – Aragorn Anduril w/ Scabbard 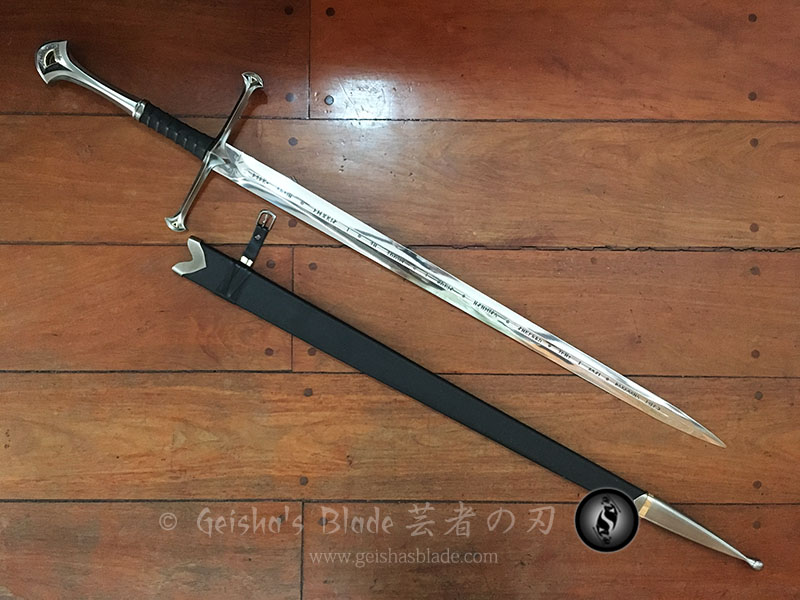 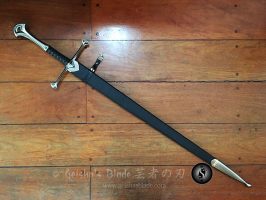 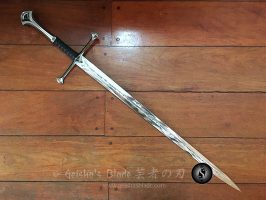 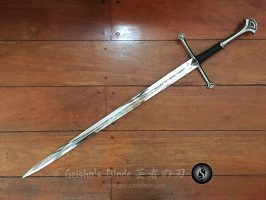 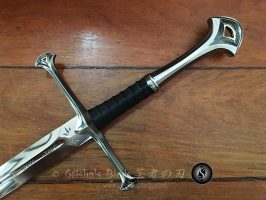 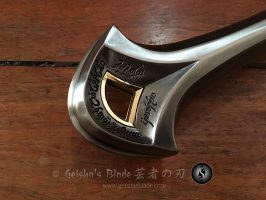 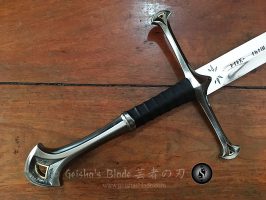 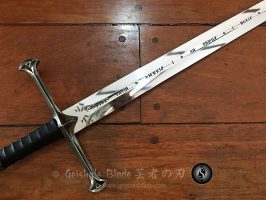 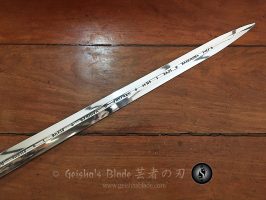 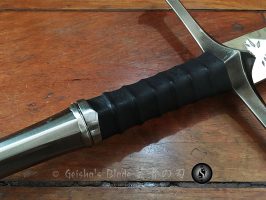 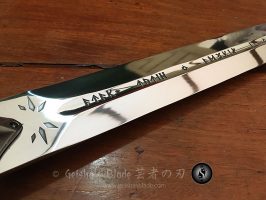 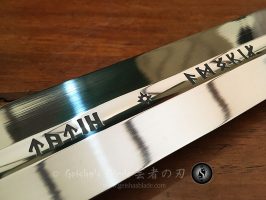 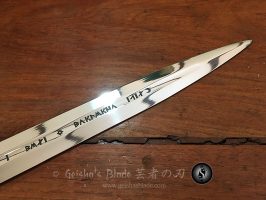 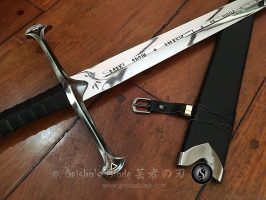 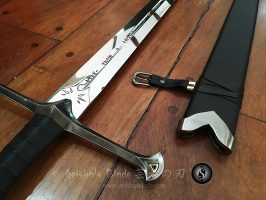 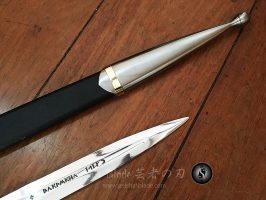 A replica of Aragorn’s Anduril with scabbard from The Lord of the Rings movies.

The inscription upon the blade reads “Nanye Anduril i ne Narsil i macil Elendilo. Lercuvanten i mali Mordoreo”. Which translates to “I am Anduril who was Narsil, the sword of Elendil. Let the thralls of Mordor flee me” and it was cut into the blade by the one who forged it, the dwarf Telchar.