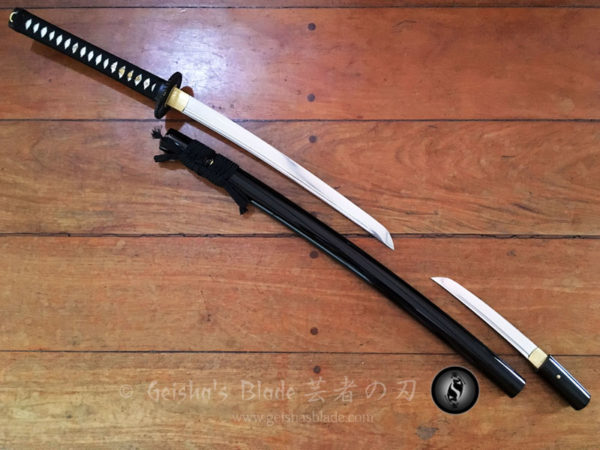 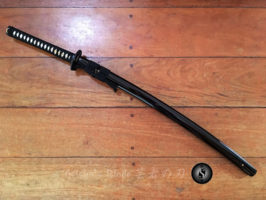 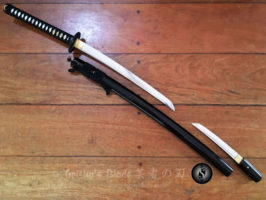 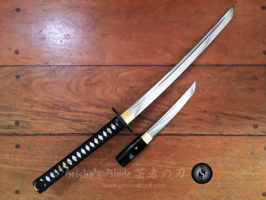 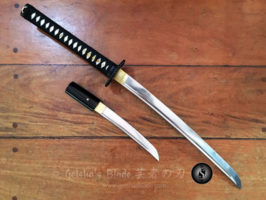 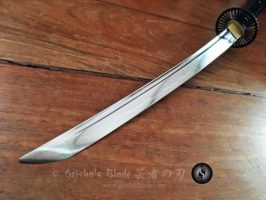 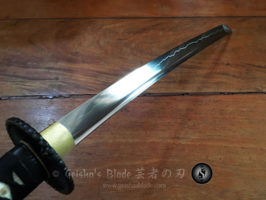 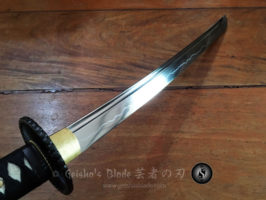 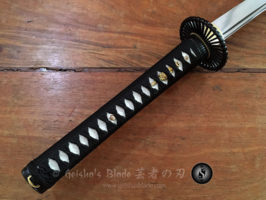 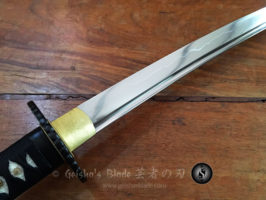 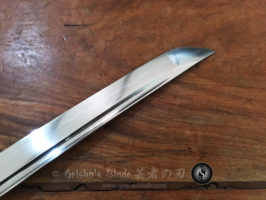 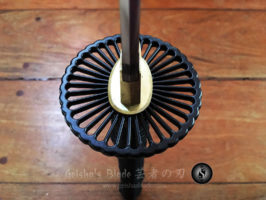 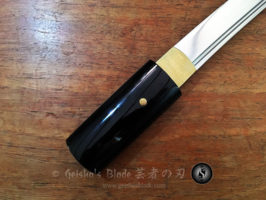 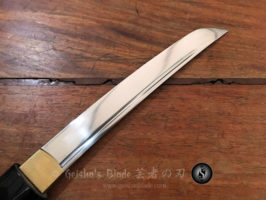 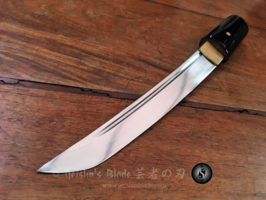 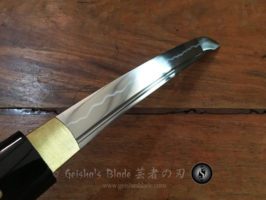 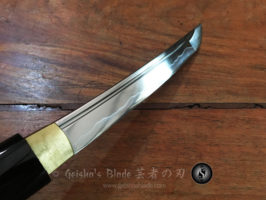 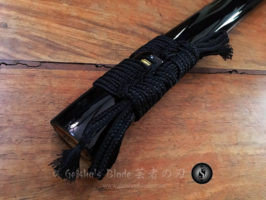 We wanted to produce a new ninja sword, but not the Hollywood style with a straight blade. We wanted one that existed historically, though we’re not sure if there’s a sword with a tanto at the bottom of the saya that really existed, but we do know that ninjas in medieval Japan didn’t use a straight blade. Some said that ninjas used a regular katana or a wakizashi. But they mostly used tools converted into weapons.

The style of our Shinobigatana was based on our Aoshi Shinomori’s Double Kodachi. But that sword is too long that it’s difficult to pull out the 2 swords at the same time due to the length of the saya. With our Shinobigatana, the saya is not as long, and one blade is shorter.

Without the tanto at the bottom of the saya, this is considered a “ko-katana”. The prefix “ko” indicates the sword has a smaller than average blade length. The length of the tsuka and saya is the same as a regular sized katana, but with a shorter blade. A ko-katana is simply a katana with a short blade. This type of sword deceives the enemy thinking you have a regular sized katana. With its shorter blade, it’s faster to draw and very effective in close quarter combat, giving an advantage in enclosed or small spaces.