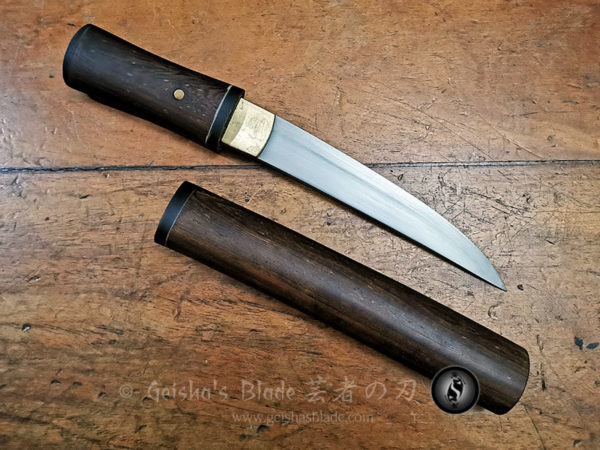 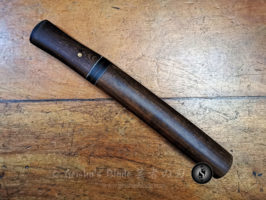 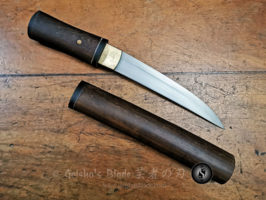 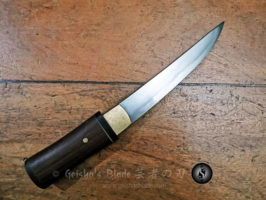 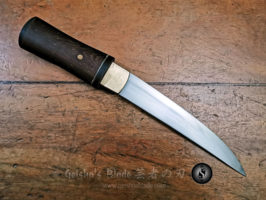 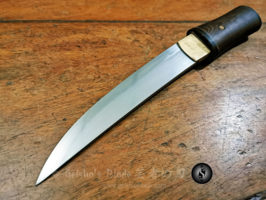 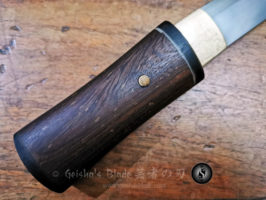 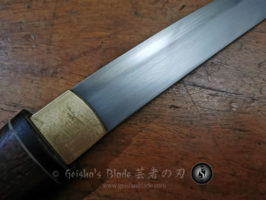 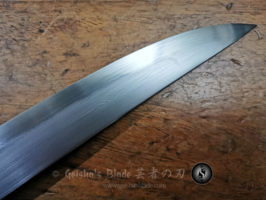 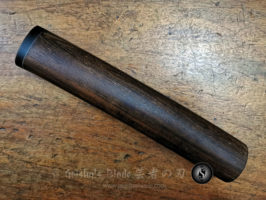 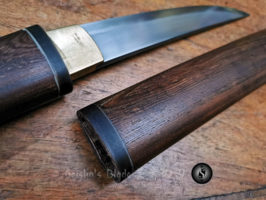 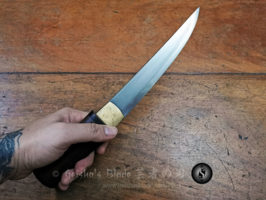 A Kaiken or Kwaiken is also called futokoro-gatana which translates as “purse sword” or “pocket sword”. It is a tanto without ornamental fittings, usually housed in plain mounts. It is kept hidden in the sleeve or within the kimono. It was carried by both men and women, and samurai-class women were expected to carry one. A kaiken used by a lady in Japan is more likely to be for defense rather than suicide. A well brought up lady may only commit suicide if her honor is otherwise not going to remain intact (to avoid capture or rape). The female form of seppuku is called Jigai. Ladies don’t disembowel themselves, they cut the carotid artery.

Going back to our Kaiken, the blade has been folded producing beautiful layers on the steel. The hamon is only simulated using the blade’s polish. Our Kaiken is housed in plain mounts, a wooden shirasaya with buffalo horns for the fuchi-kashira and koiguchi (mouth of the saya).