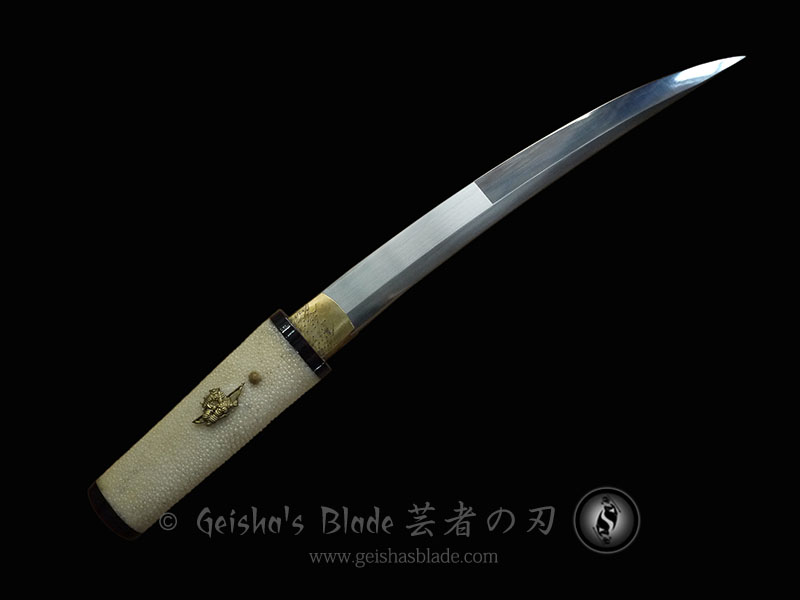 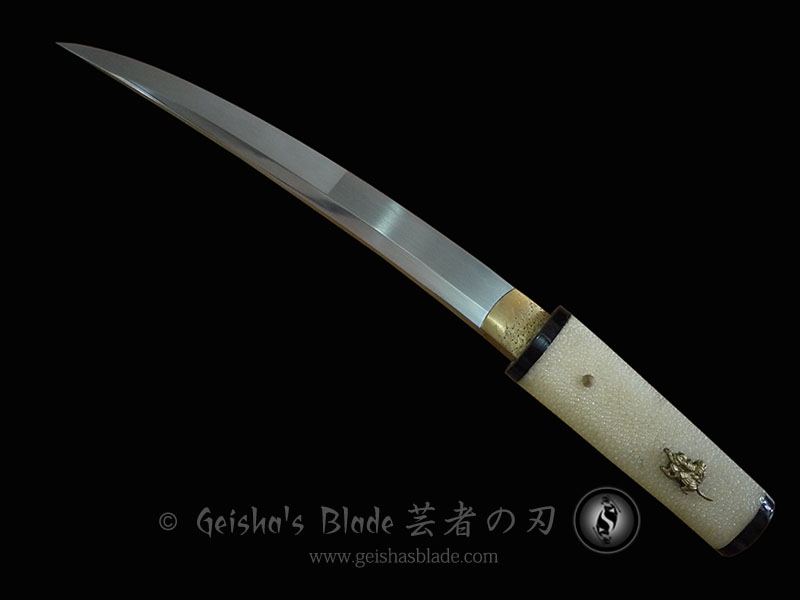 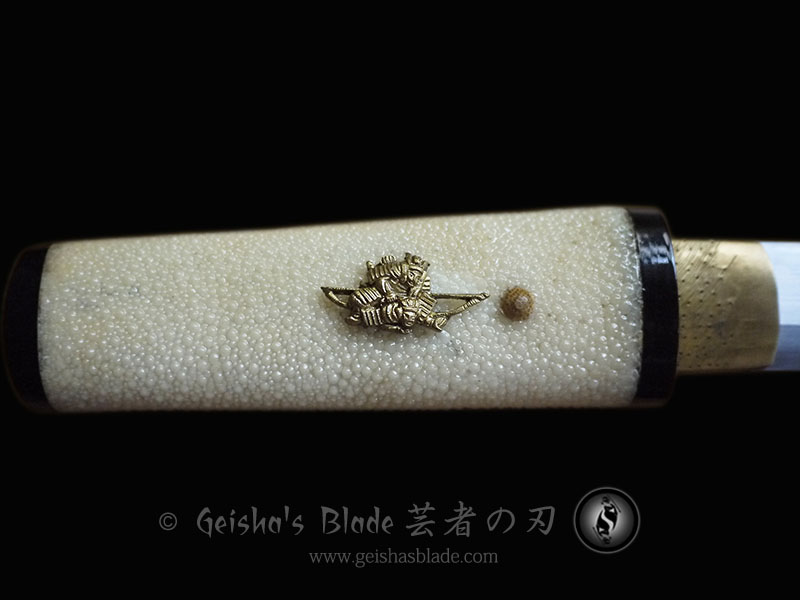 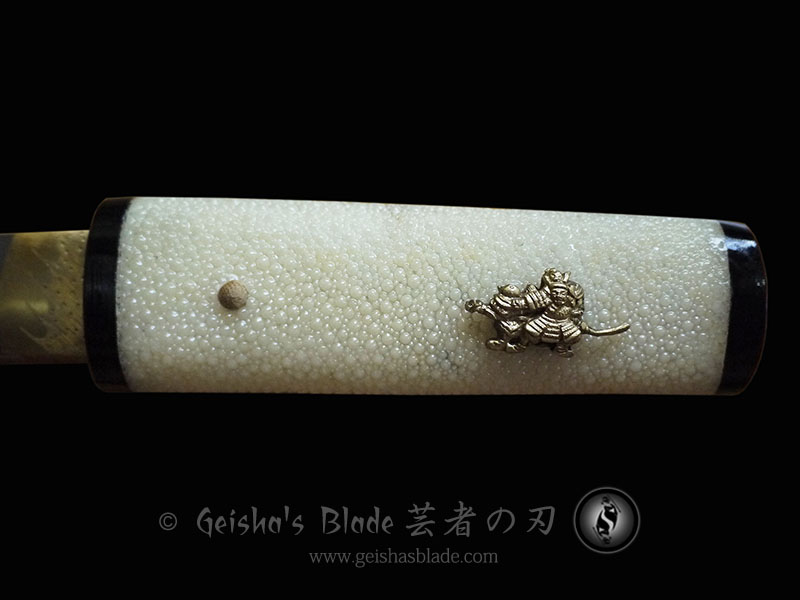 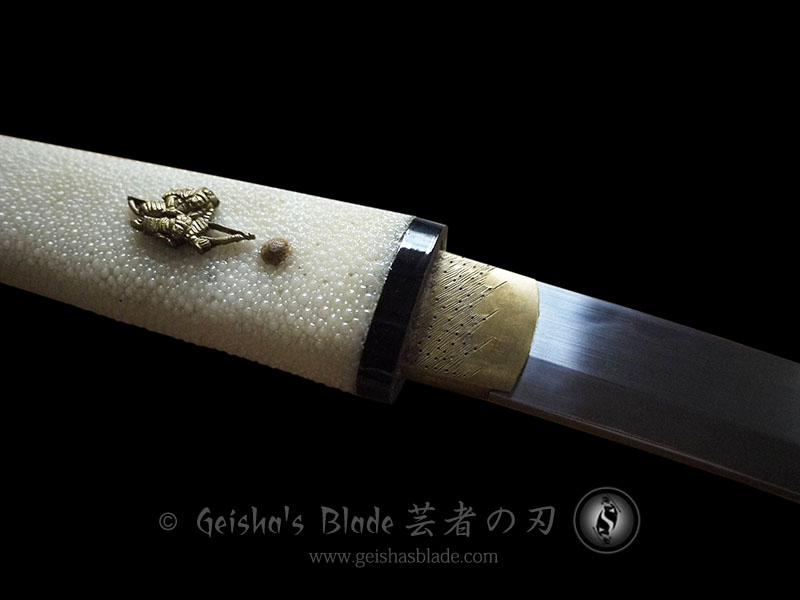 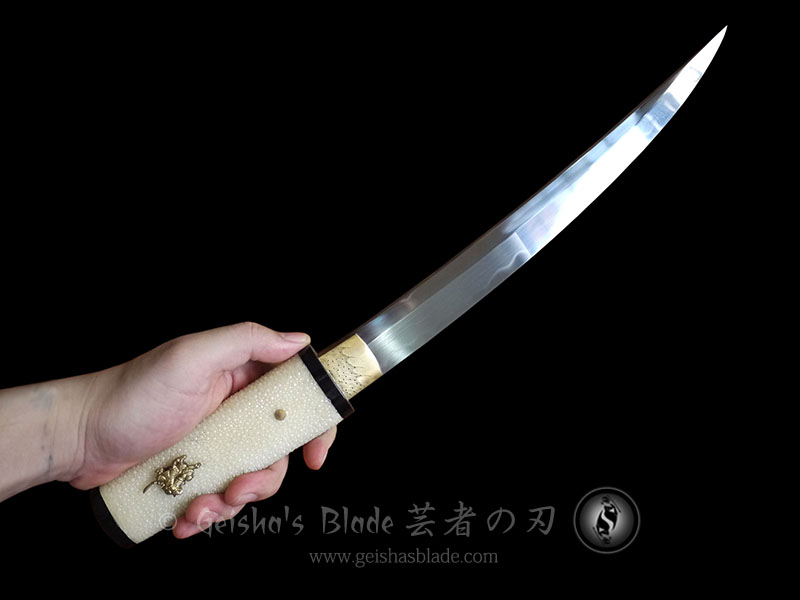 The newest addition to our tanto line is the Osoraku Zukuri Tanto. Like our Unokubi Zukuri Tanto, the name also refers to the shape of the blade. The kissaki (tip) is bigger than half of the blade’s length, which is considered an O-kissaki (large kissaki). This is a rare blade shape developed by Shimada Sukemune of the Shimada school of swordsmithing during the late Muromachi period of Japan. The tsuka of our Osoraku Zukuri Tanto has a full wrap real samegawa (ray skin). This technique is called “maru-kise” (round wrapped). The fuchi-kashira is made of real buffalo horn. The menuki, made of brass, features Bushi wearing yoroi engaged in hand to hand combat. This tanto is considered an “aikuchi” since it doesn’t have a tsuba. Aikuchi is a type of tanto koshirae where the fuchi is flushed with the koiguchi (mouth of the saya). The habaki features a “neko-gaki” or cat scratch pattern (also called “falling rain”) which is usually seen on nihonto with high quality koshirae (sword fittings).

Be the first to review “Osoraku Zukuri Tanto” Cancel reply 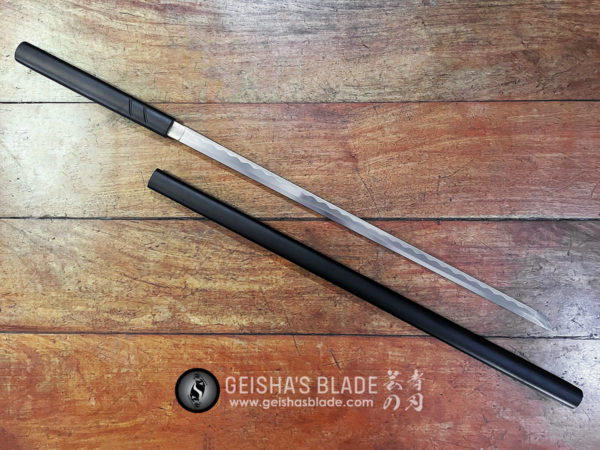 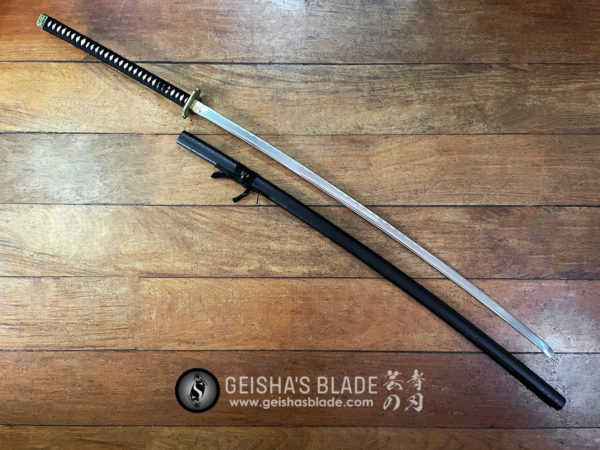 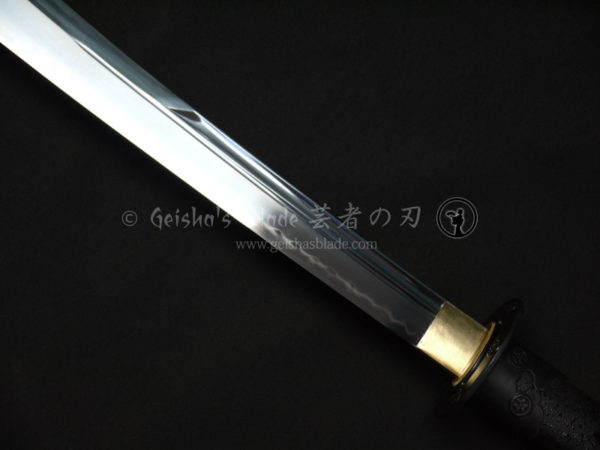