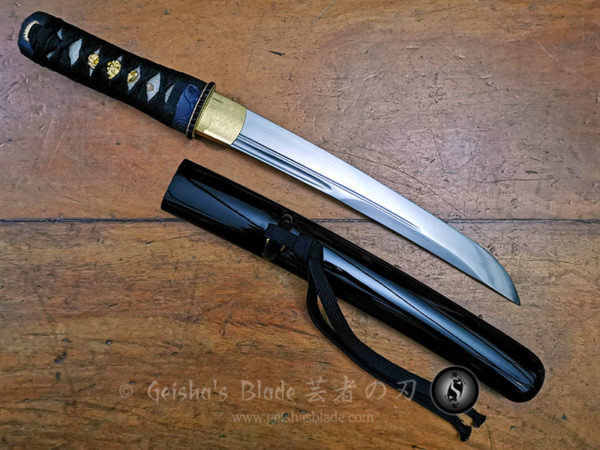 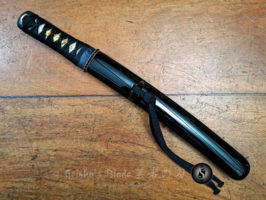 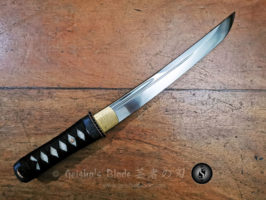 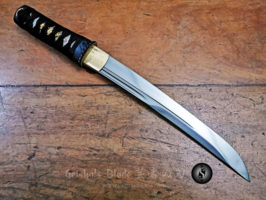 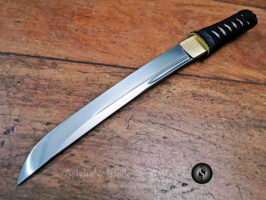 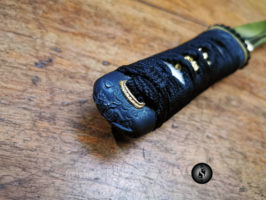 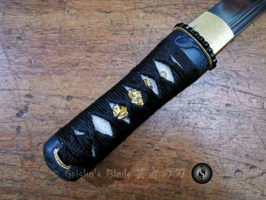 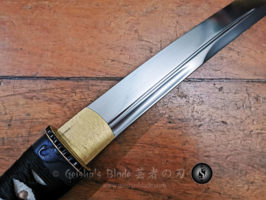 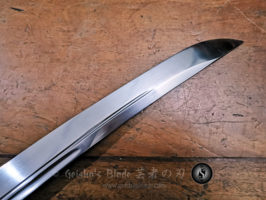 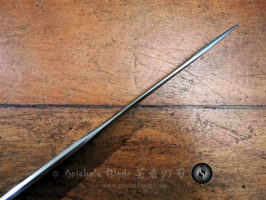 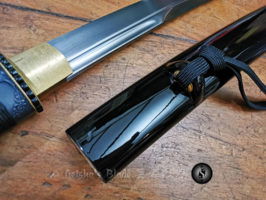 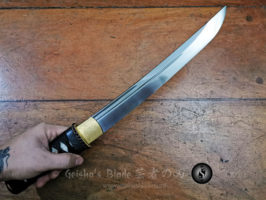 Stocks from August 2019 onwards, now have a new fuchi-kashira that’s the same as on our Raijin katana and wakizashi. On the new kashira, you’ll see Raijin’s companion, the demon Raiju (“thunder animal” or “thunder beast”). Raiju is generally calm and harmless, during thunderstorms, it becomes agitated and leaps about in trees, fields, and even buildings (trees that have been struck by lightning are said to have been scratched by Raiju’s claws). This tanto would complement the Raijin Katana and Raijin Wakizashi pair.