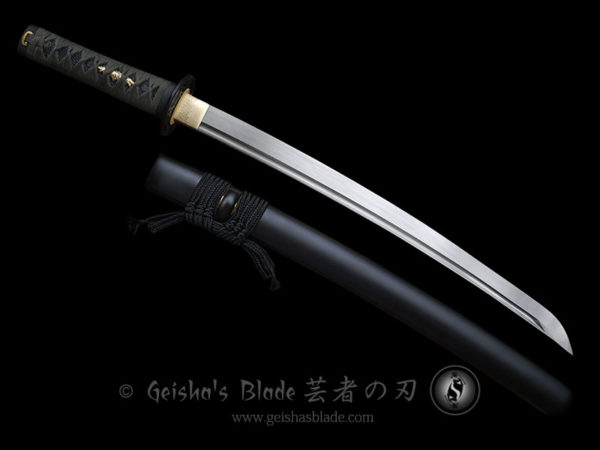 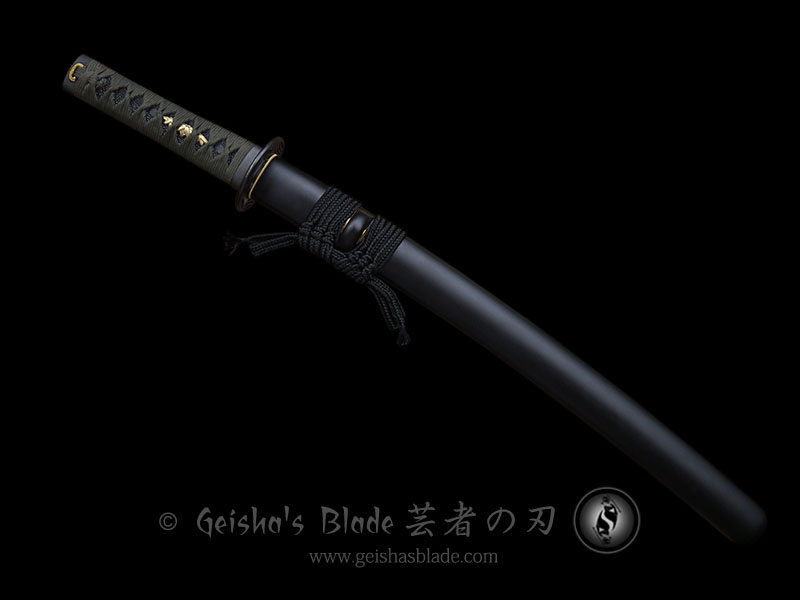 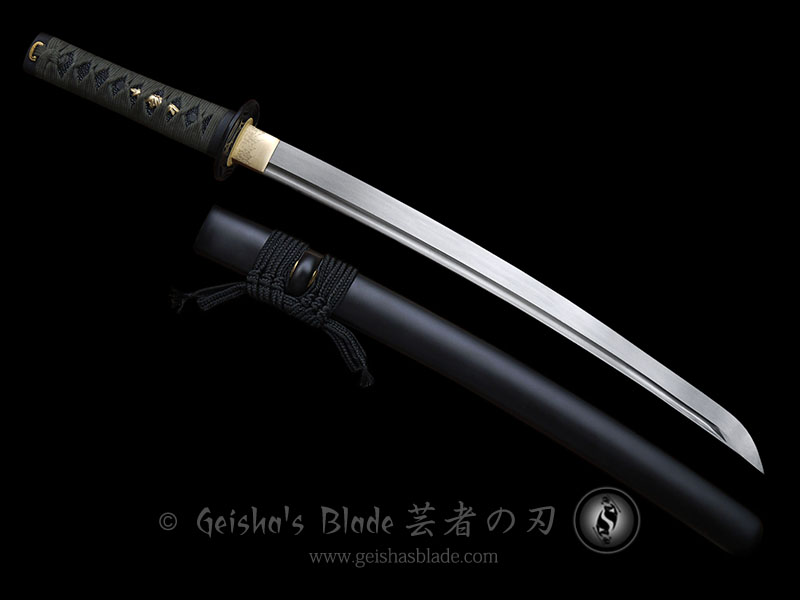 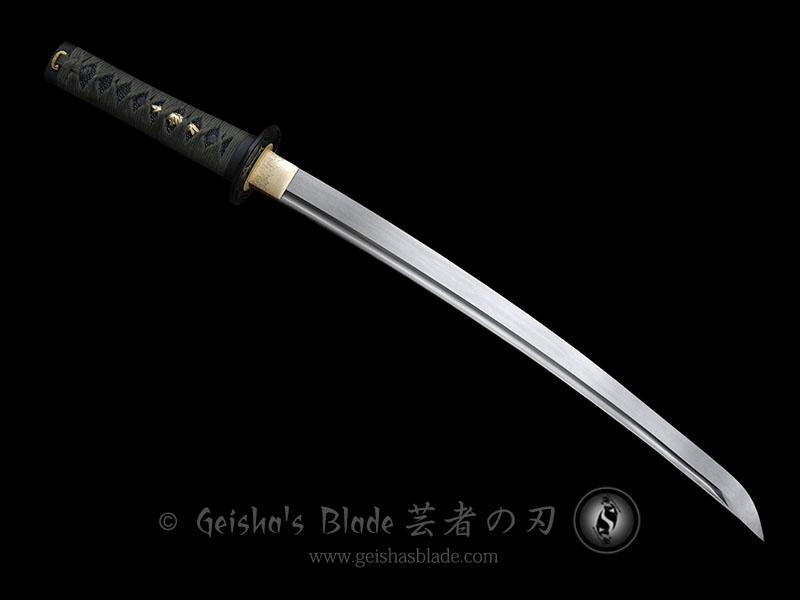 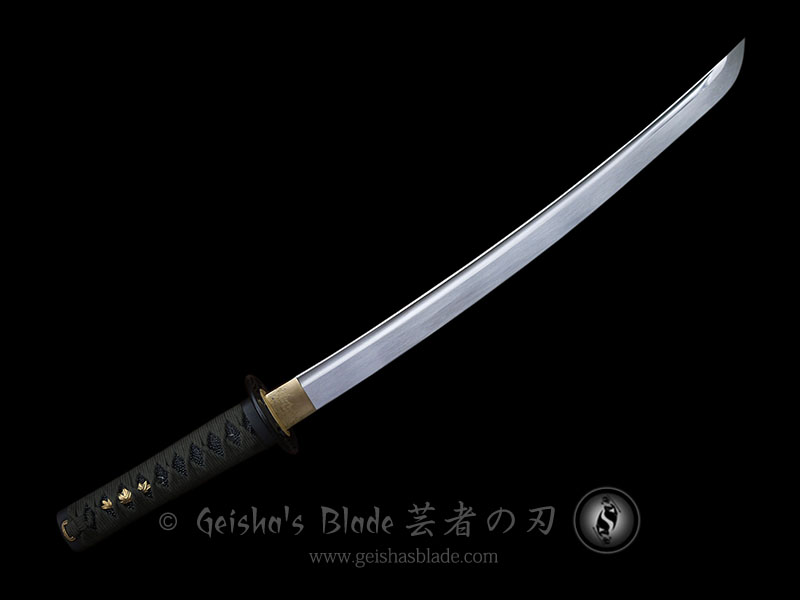 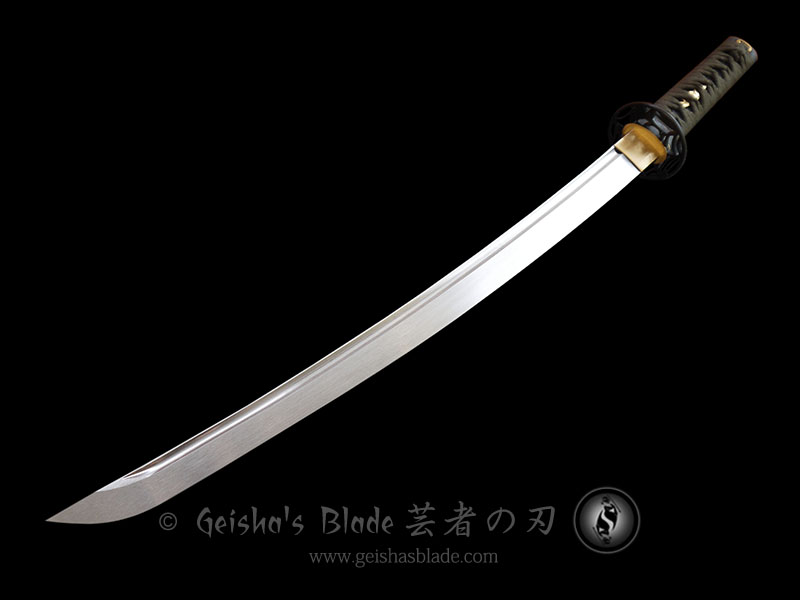 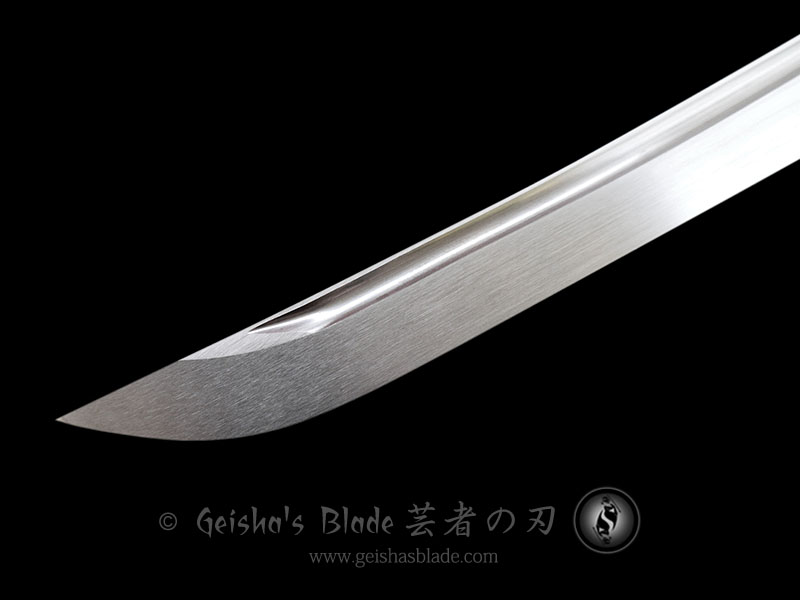 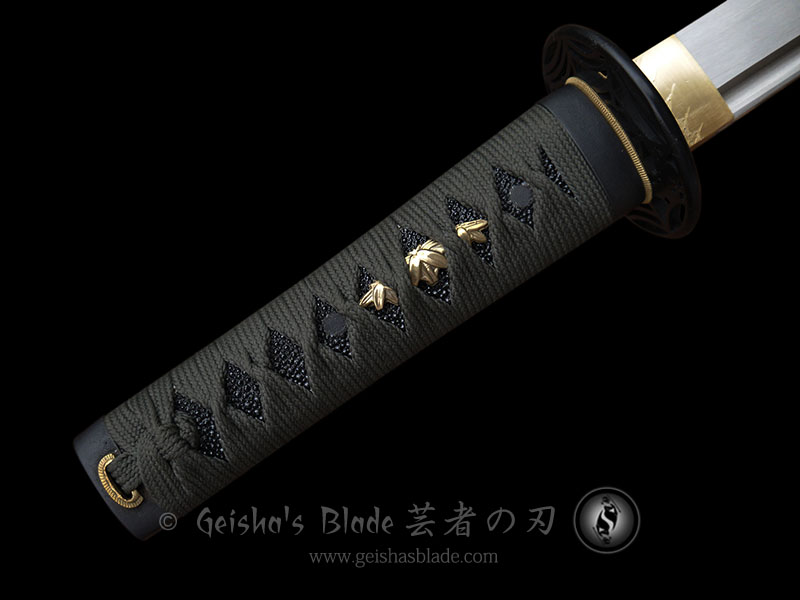 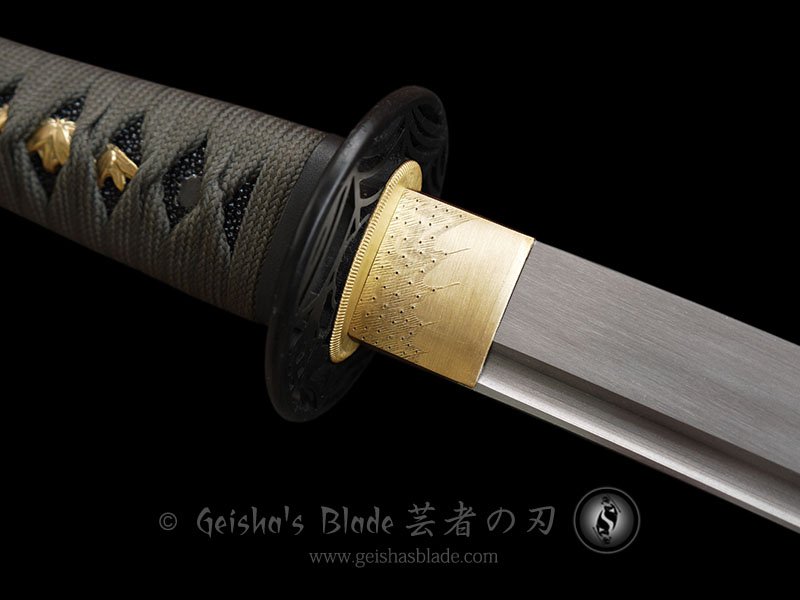 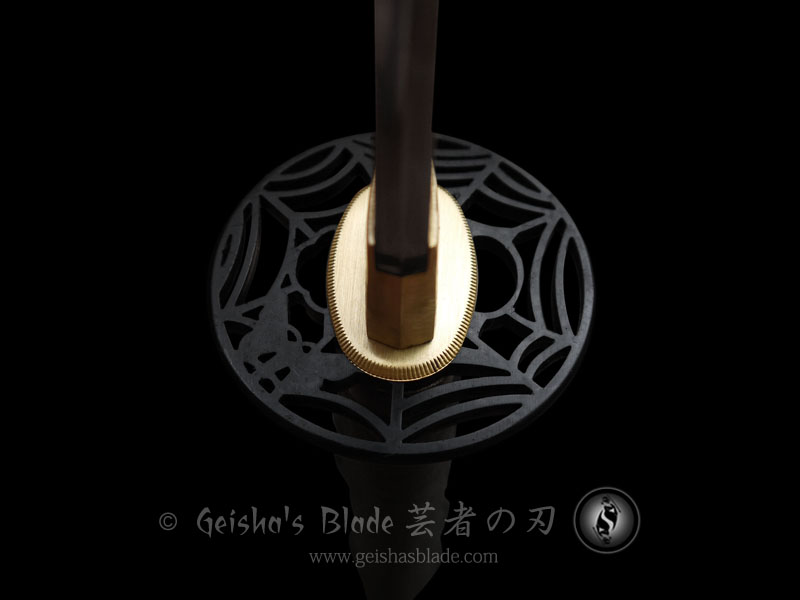 The Kumokiri Wakizashi was inspired by the legend of Minamoto no Yorimitsu and the yokai Tsuchigumo.

The tsuba made of blackened iron, features a moth caught on a spider web. This tsuba was also based on an Edo period tsuba but without the moth. We added the moth in the design to represent Yorimitsu being captured by the Tsuchigumo. The sword cutting the yokai may be a legend, but this sword with a blade made of through-hardened 1060 carbon steel can definitely cut bamboo, a traditional target in tameshigiri. This cutting target is represented by the brass menuki, having bamboo leaves design. The simple fuchi-kashira are also made of blackened iron to complement the tsuba. The habaki features a “neko-gaki” or cat scratch pattern (also called falling rain) which is usually seen on nihonto with high quality koshirae (sword fittings).

The Kumokiri Wakizashi has a matching katana making them a daisho.

Be the first to review “Kumokiri Wakizashi” Cancel reply 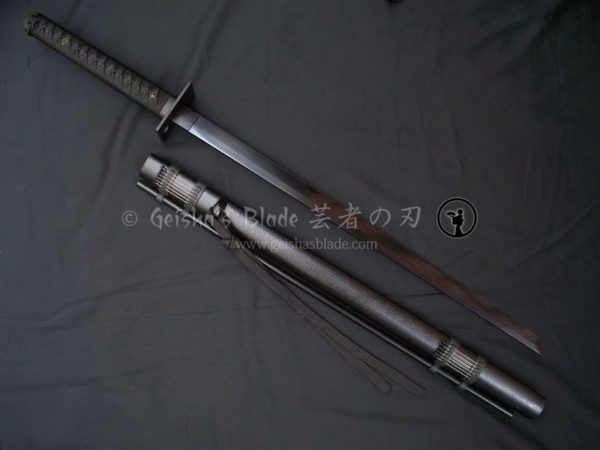 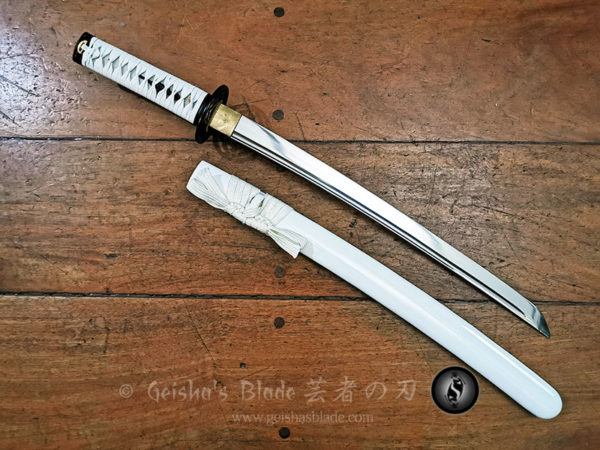 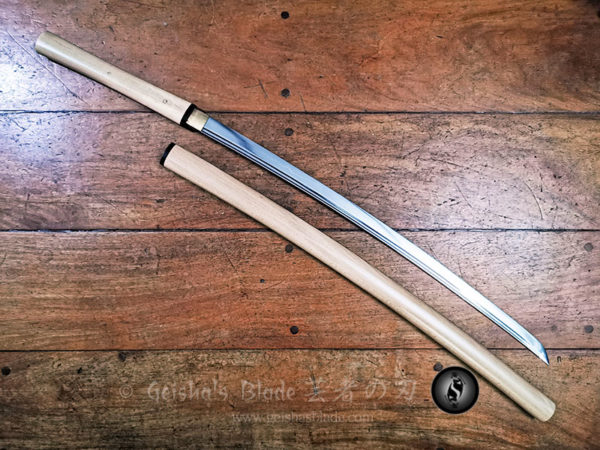 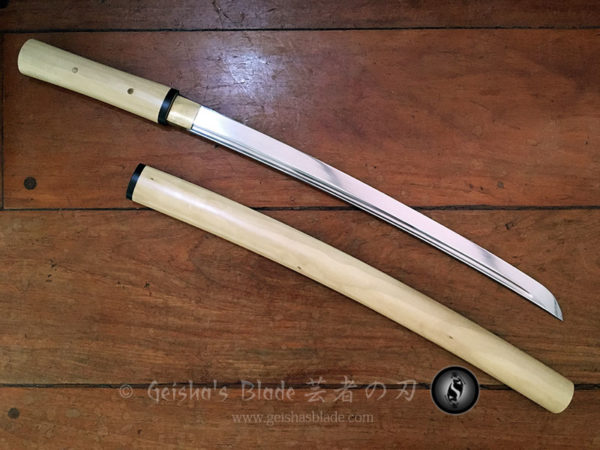