Versus a thick and very hard bamboo 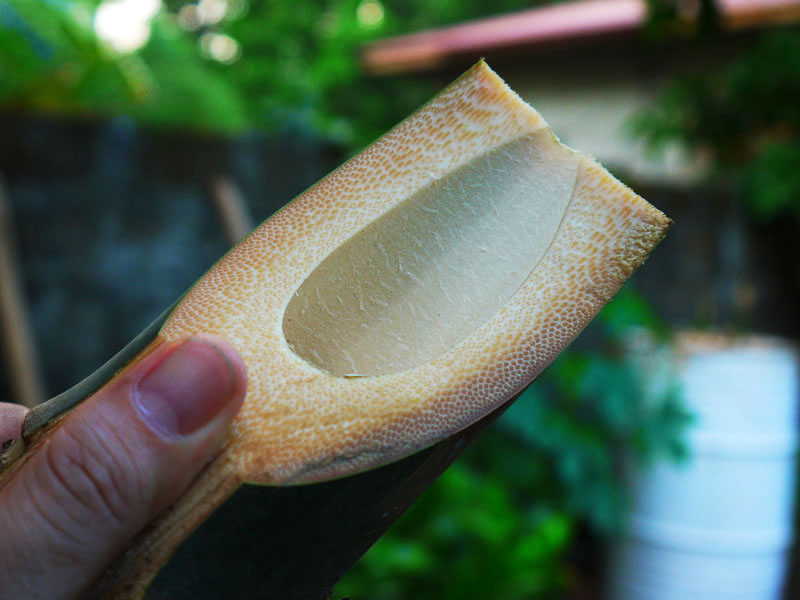 After our cutting party last April 2014, I was still itching to cut some more! Probably a withdrawal syndrome due to not being able to do some cutting for 3 years. So I contacted my good friend, Ram. I asked him if he still has some banana trunks for us to cut. Unfortunately, we’ve already used them up during our cutting party. But he still has a lot of bamboos. So we scheduled another cutting session last June 1.

I’m always excited to go to Ram’s place and don’t mind driving 1.5 hours as I know my visit would be very worthwhile: I’ll be able to do more bamboo tameshigiri and at the same time, eat good food (delicious Batangas goto and lomi!). When I arrived at his place, he showed me the bamboos that we’re going to cut. They were the regular bamboos we cut during our cutting party, but there was this one bamboo that’s very different from the rest. It was thick and very hard. I told Ram that I won’t be cutting that bamboo as I don’t think my sword would be able to handle it, especially when he showed me the golok marks that didn’t even penetrate the bamboo. They were just scratches which you won’t really consider as cuts. But the bamboo was taunting me, and I couldn’t resist testing my sword despite it being a very hard target. Watch the video below.

This bamboo was really very hard that I decided to cut it by muscling through it. But doing so, greatly sacrificed my form and edge alignment. I wasn’t expecting to make a deep cut on my first attempt, but I did. This gave me confidence that I can cut this. So this no longer became a test of my sword (since I know that my sword can cut this bamboo), but a test of my skill. On my 2nd cut, however, I swayed a bit further to the left which caused very bad hasuji (edge alignment). I believe this was due to muscle memory from my kenjutsu training. Here’s a screen shot of the very bad hasuji. It was so bad that the blade bounced off the bamboo. I was surprised the edge didn’t roll or got nicked. 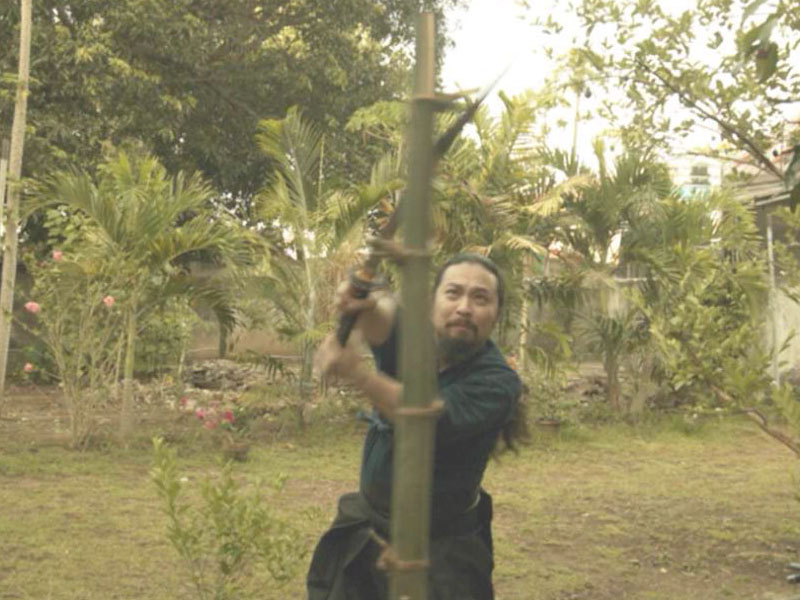 I almost had it on my 3rd attempt! 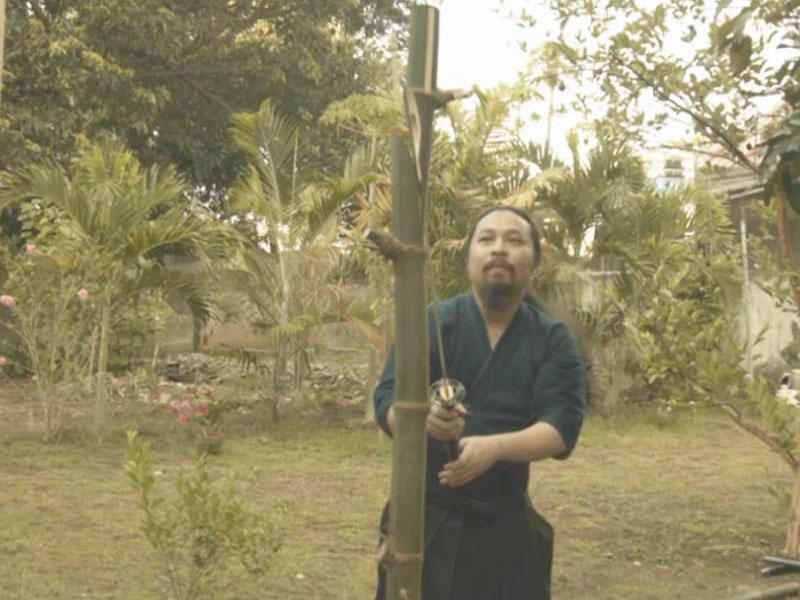 Here are some photos of the 1st and 3rd cut. You can also see here the cut from my 2nd attempt where the blade bounced off. We weren’t able to measure the length of the cuts, but I believe one of the cuts was longer than 7 inches. If my hasuji was correct, the blade wouldn’t have made these lengthy cuts and would have been successful. 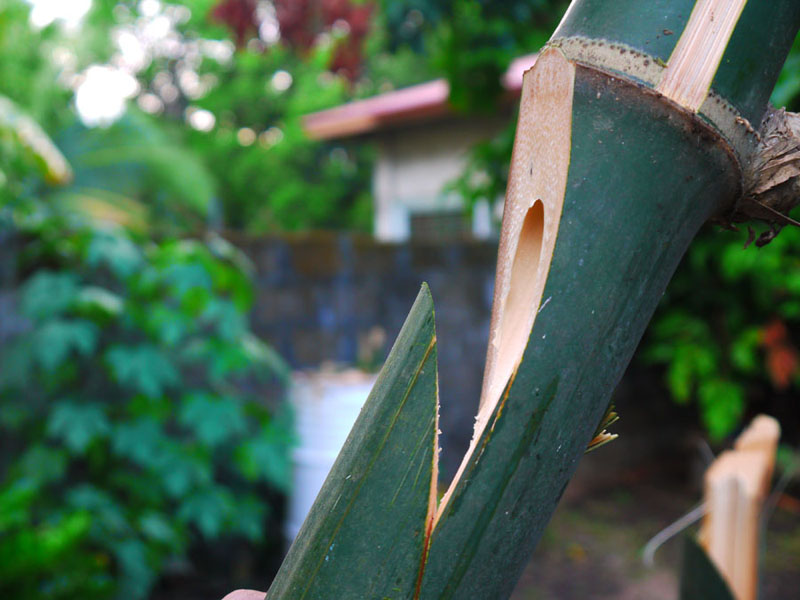 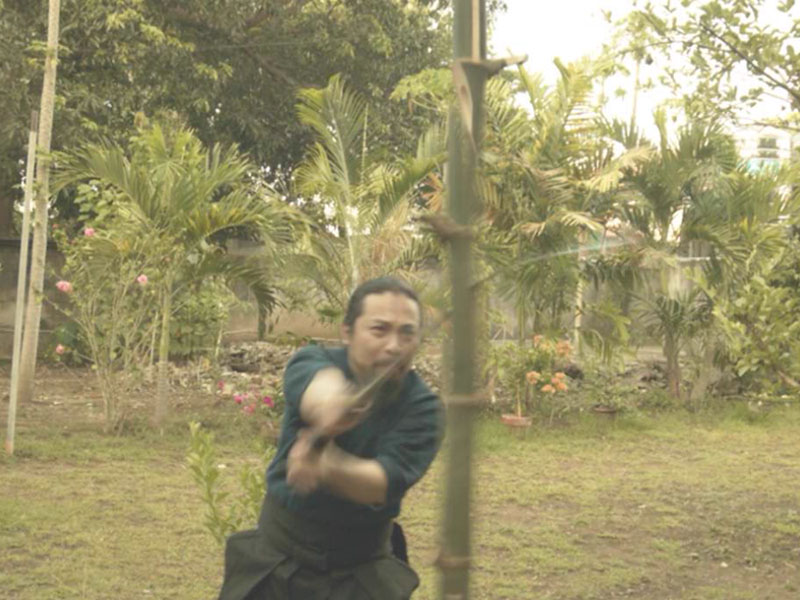 Finally on my 5th attempt, I was able to do it! I was very surprised that I managed to cut through it (just below my 4th cut). While I was reviewing this video in slow motion, I noticed that I had very good hasuji (you can see it from the angle of the cut in the screen shot below) on my 5th cut. I’m just not sure with my form, though.

I believe I just got lucky on my 5th cut, as my last 2 cuts weren’t successful as the 1st four cuts. Although I’m using a katana with a deep blade curvature, I don’t think it’s a problem. Most probably it’s my form and edge alignment. Could it be that the cutting stand (which was not stable) also affected the results? Or because the bamboo was just really very hard? At 1:05 of the video, you can see that I was having a hard time pulling out the sword because the blade was clamped very tightly inside the bamboo. And at 1:26 you can hear the bamboo squeaking when I was pulling out the blade. But after all those cuts, there wasn’t any damage on the blade. Just some minor scratches.

Thickness of the bamboo. 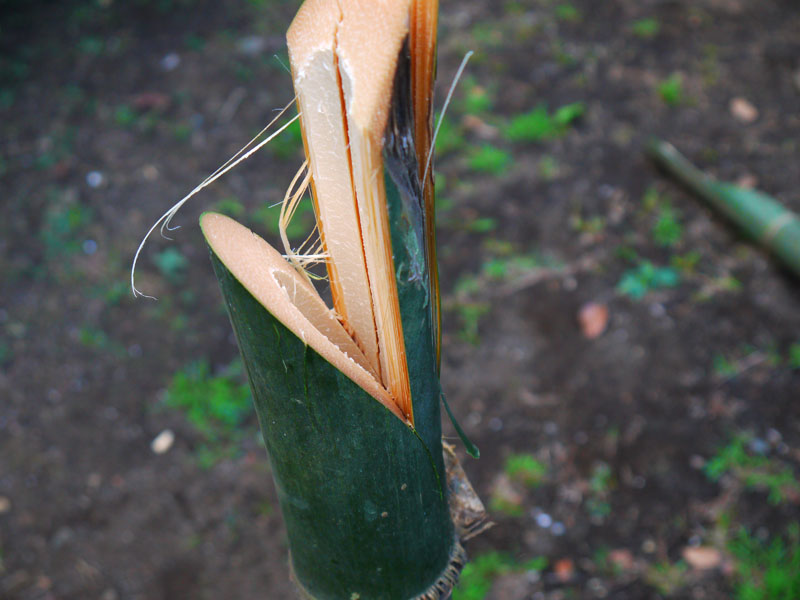 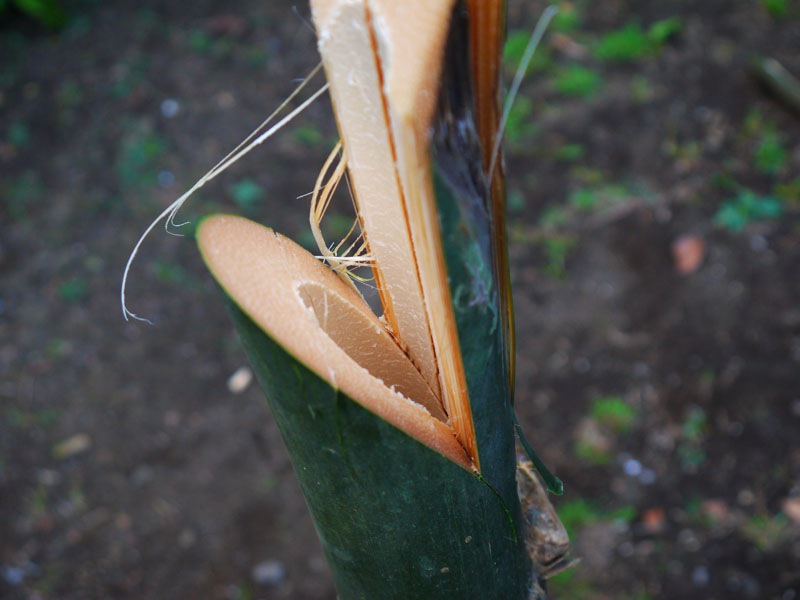 No damage on the blade, just some minor scratches. 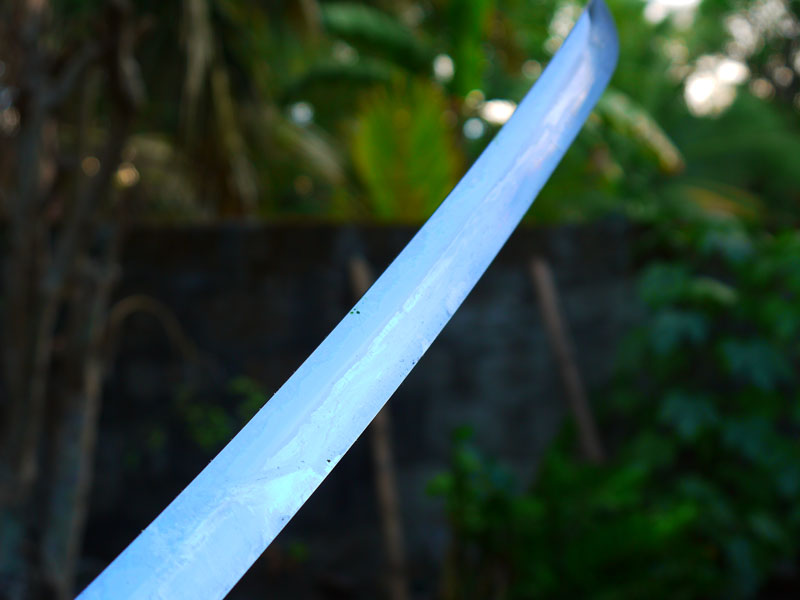 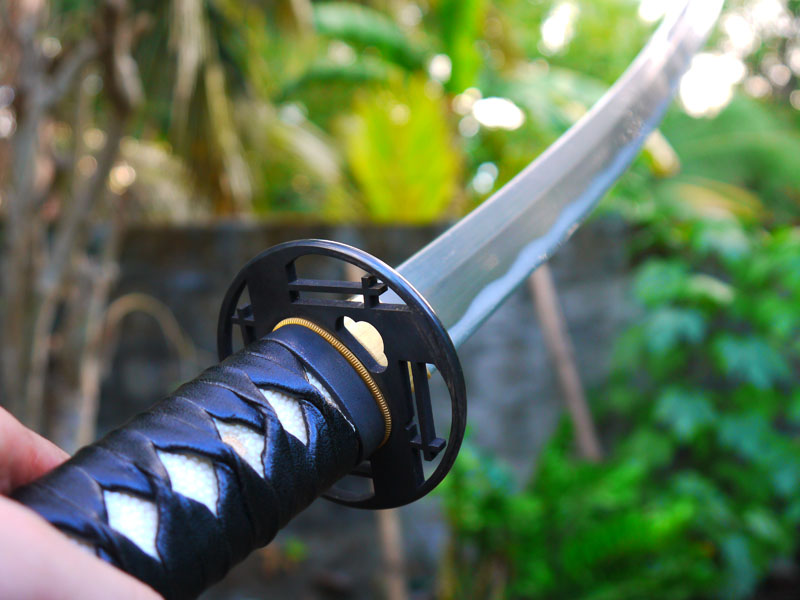 After this cutting session, and from watching and reviewing the video several times, I learned that cutting a very hard target with brute strength is not enough. Power alone cannot make a successful cut. You really need good form and edge alignment. Even if you have the strength, but doesn’t have the skill, it would be very hard to cut through this type of target in one slice.

The sword I used here is the Kirishitan Katana 1060 Series 2nd Gen.