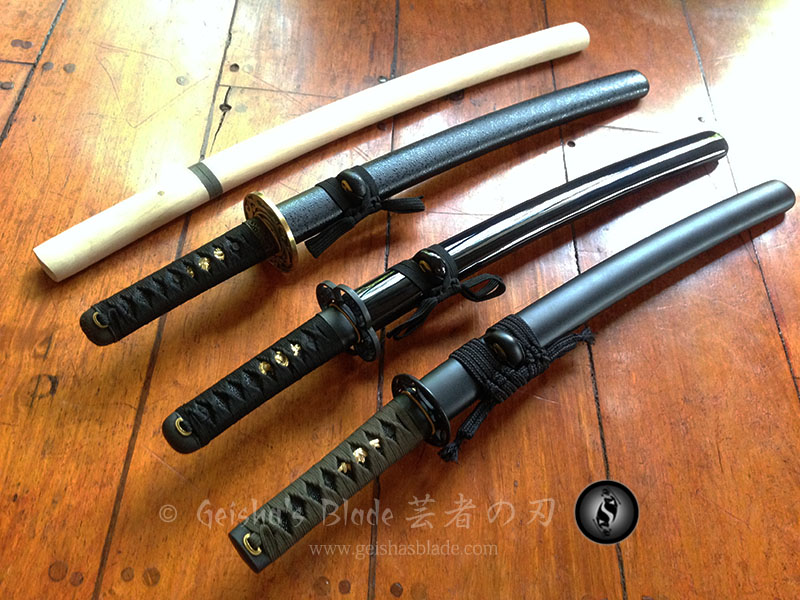 It’s been a very long time since we stocked up on some of our wakizashi, but because of popular demand, we decided to bring them back in.

Here’s a sneak peek of our wakizashi (from top to bottom): 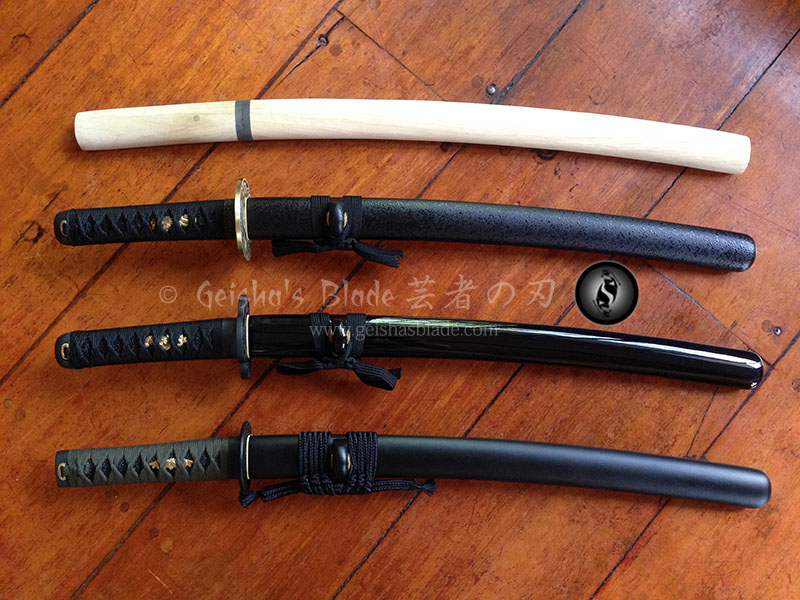 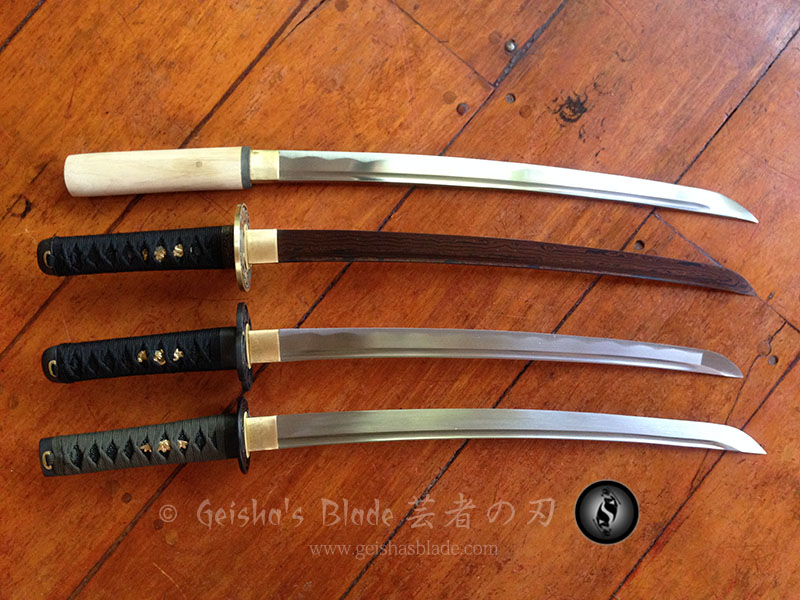 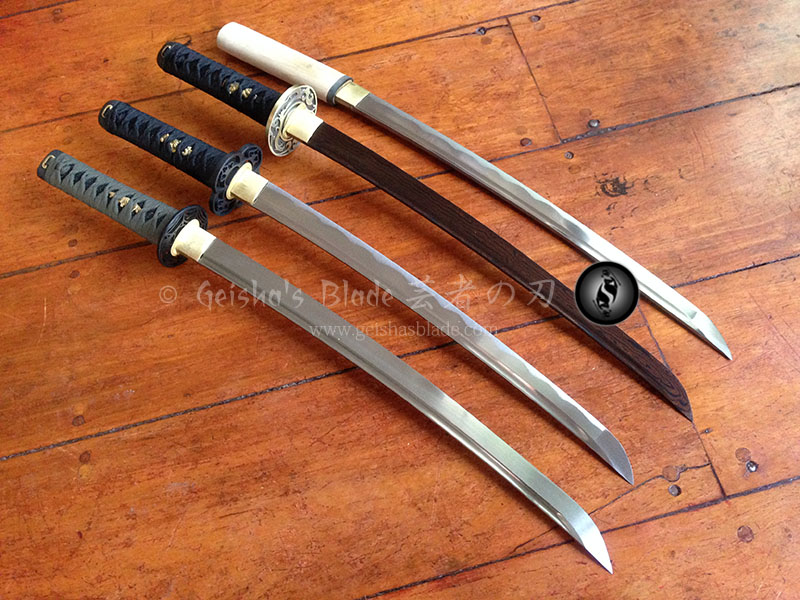 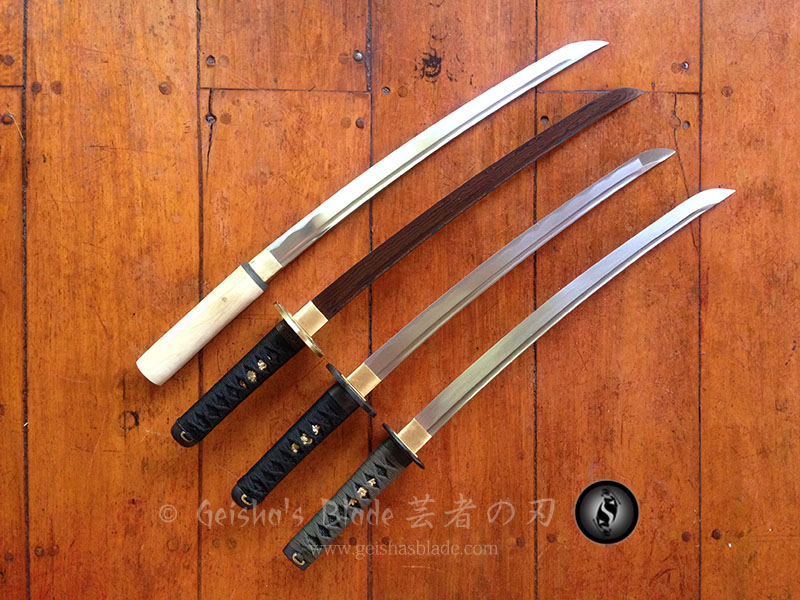 The length of the blade remains the same as our previous wakizashi which is 19 inches, but we shortened the tsuka from 8.5 inches to 6.75 inches. This makes it better for wielding with one hand. You may have also noticed and might be asking why the kojiri (end of saya) of our new wakizashi in full mounts are rounded, and not flat like the saya of our katana? To answer that question, we’ll be quoting some excerpts from the article of C. U. Guido Schiller, Koshirae: Nihon Token Gaiso – The Mountings of Japanese Swords.

“In Higo province the tosogushi were encouraged by the Hosokawa Daimyo, and worked in iron, copper, brass and cloisonne. The characteristics of Higo koshirae are the rounded kashira and kojiri; the same’ is often black, and the saya in samenuri – the “valleys” in the same’ filled with lacquer, and the “mountains” polished flush. Tsuka had often a leather wrapping. This kind of koshirae was later copied as “Edo-Higo-Koshirae”, but mostly with simpler saya and natural colored same’.”

Quoting another excerpt from the same article by C. U. Guido Schiller:

“Samurai at the castle in Edo wore the Banzashi daisho, “duty attire”. Same’ had to be white, the saya black lacquered and with horn fittings. The kojiri of the katana was flat, and that of the wakizashi rounded. The kashira had to be horn, with the black tsukamaki crossed over it (kakemaki). The fuchi and midokoromono (“things of the three places”: menuki, kogai and kozuka) had to be shakudo-nanako (fish-roe pattern) with the only decoration being the family mon (crest). The tsuba was polished shakudo without any decoration. However, this was not always strictly enforced, and kanagu with shishi (lion dogs), dragons or floral motifs were tolerated.”

The mountings of our wakizashi may not be a complete Higo Koshirae or Edo-Higo-Koshirae, or a shoto of the banzashi daisho, but it’s based on these information that we decided to make the kojiri rounded.

That’s it for now. We hope that you like the changes we did for our wakizashi as well as the new swords we added. We hope to add more wakizashi designs in the future!

These wakizashi will be available for purchase on our website by next week as we still have to finish taking photos.