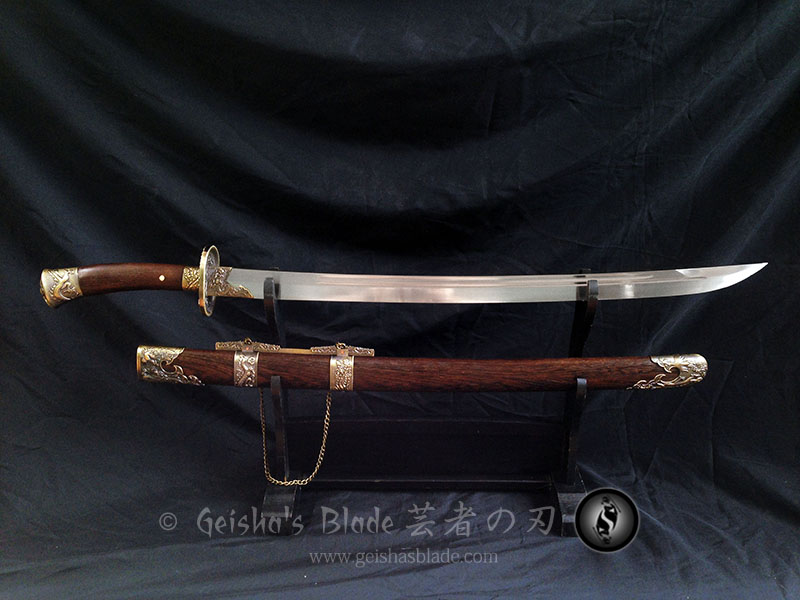 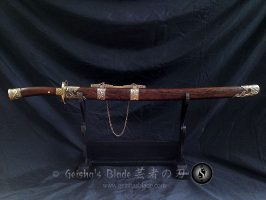 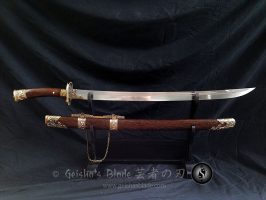 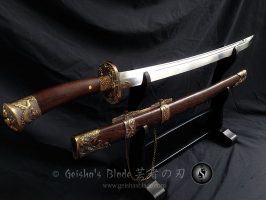 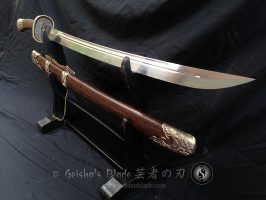 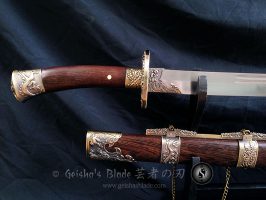 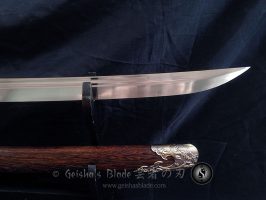 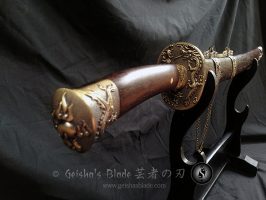 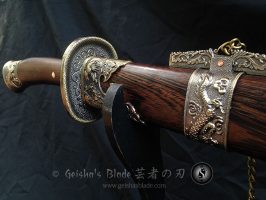 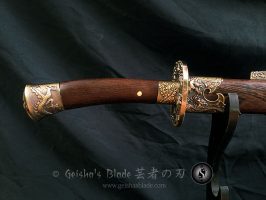 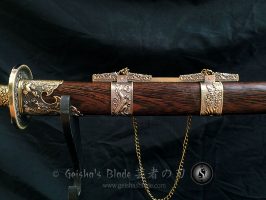 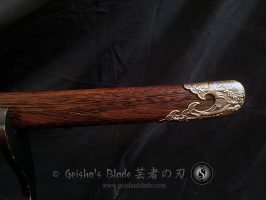 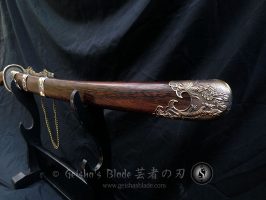 The Liu Ye Dao or Willow Leaf Saber was commonly used as a military sidearm for both cavalry and infantry during the Ming and Qing dynasties. Many schools of Chinese martial arts originally trained with this weapon.

This is a very beautiful blade and you can see that it looks like a katana. You may think this was copied from the katana, but its not. Quoting from a post on Sword Forum International by Scott M. Rodell, Director and 5th Generation Teacher of Great River Taoist Center (best known internationally for his work reviving Chinese historical swordsmanship and author of four books on martial arts and Chinese swordsmanship):

This sword has a full tang and the pommel is threaded. We placed a bamboo peg on the handle for added security.