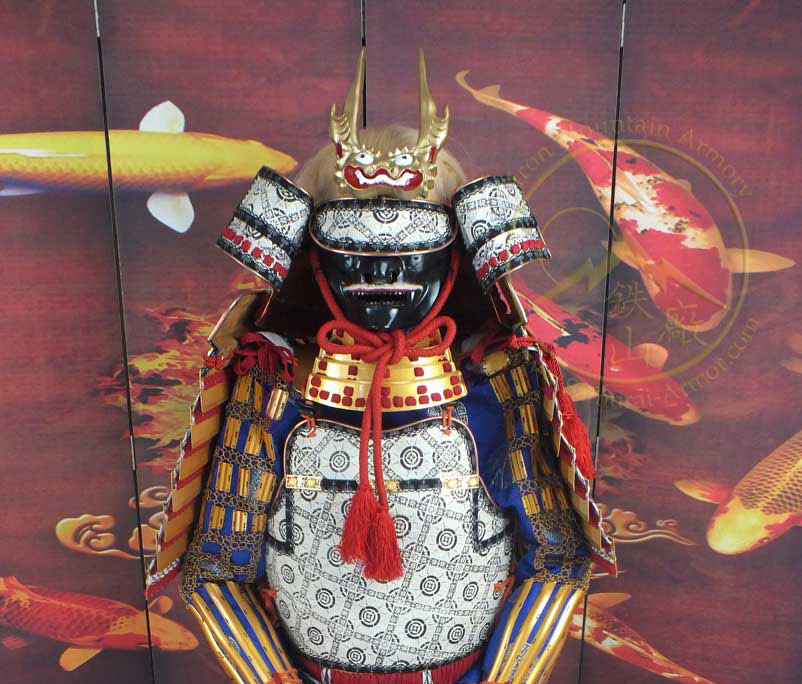 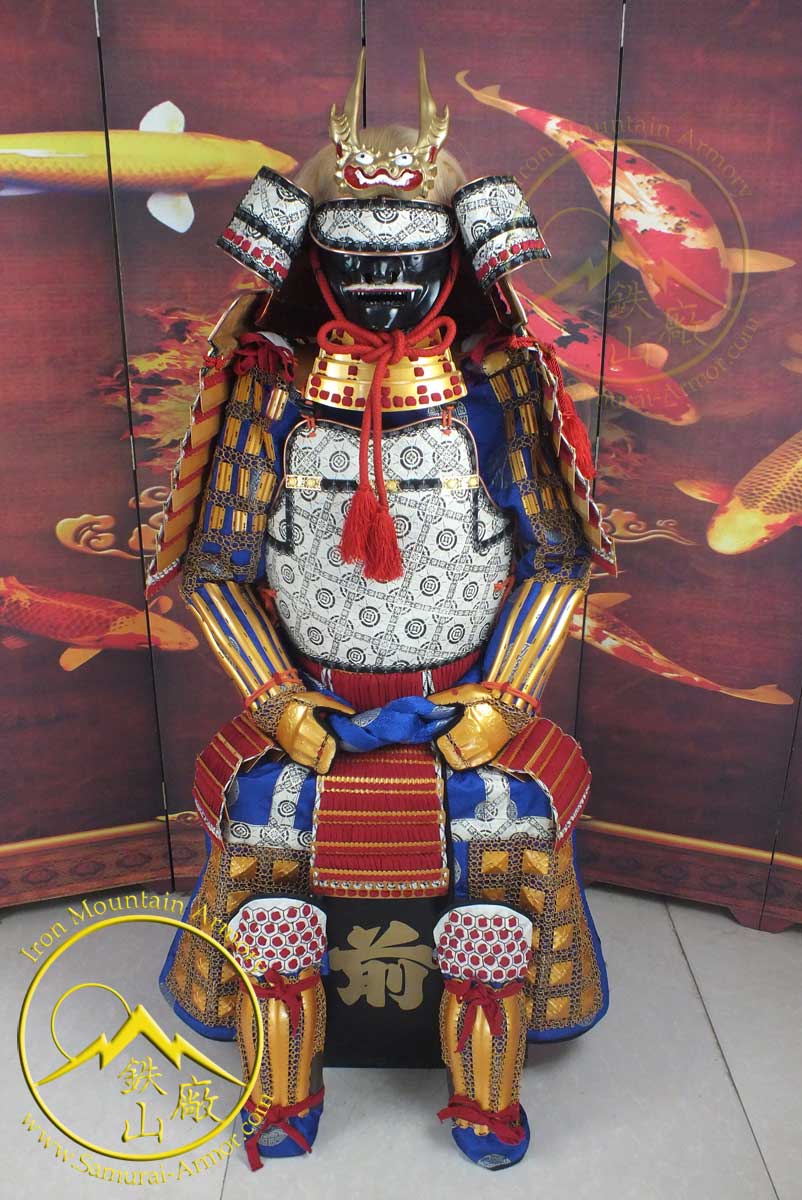 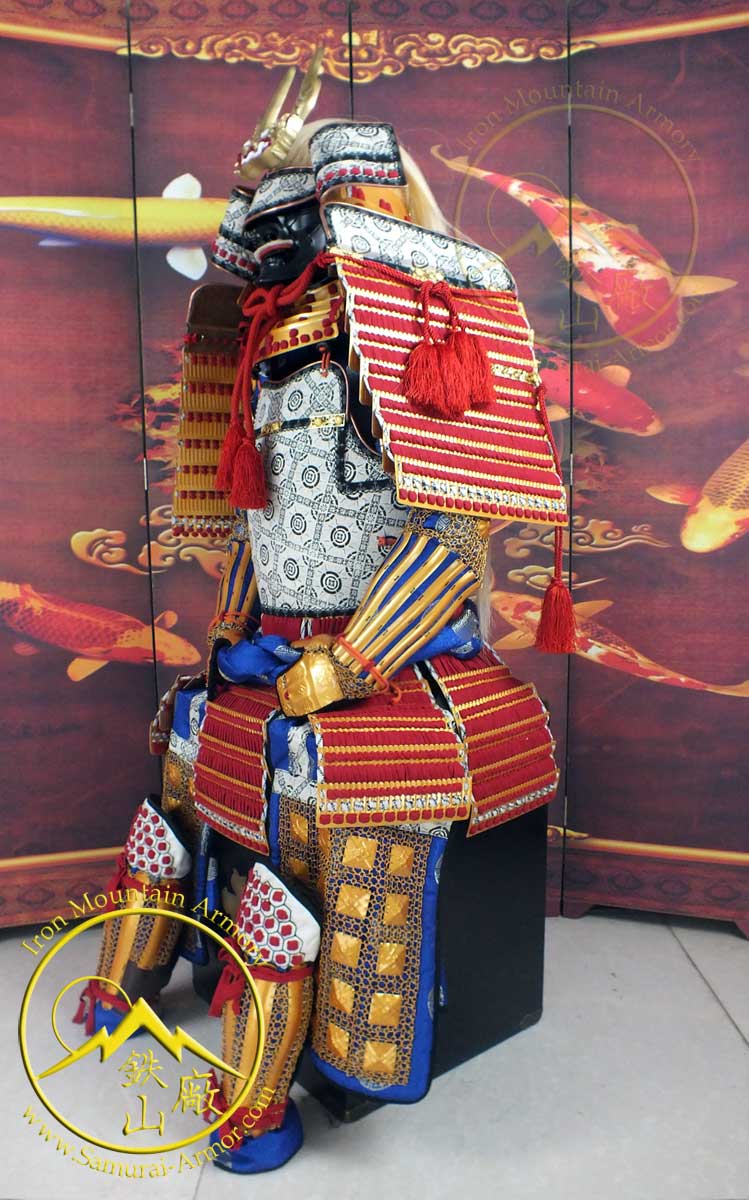 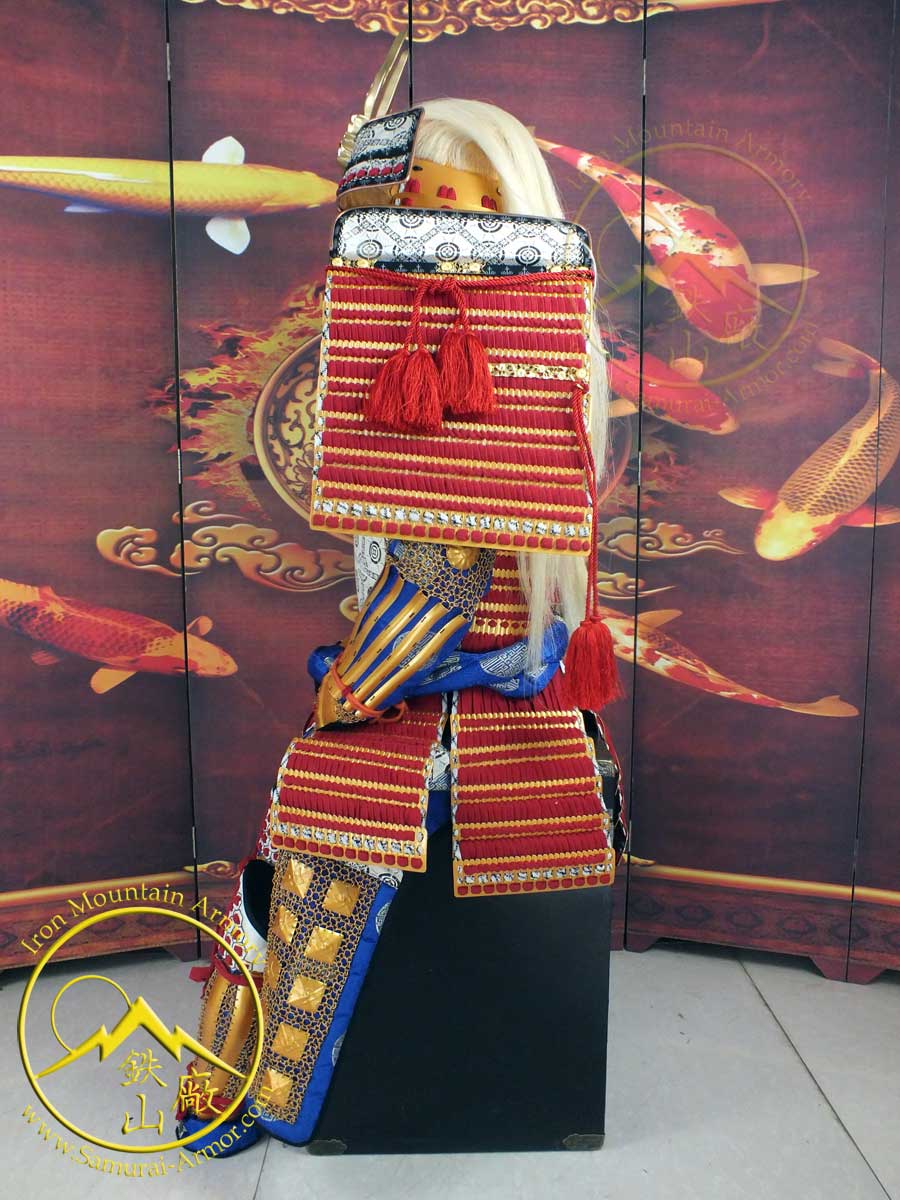 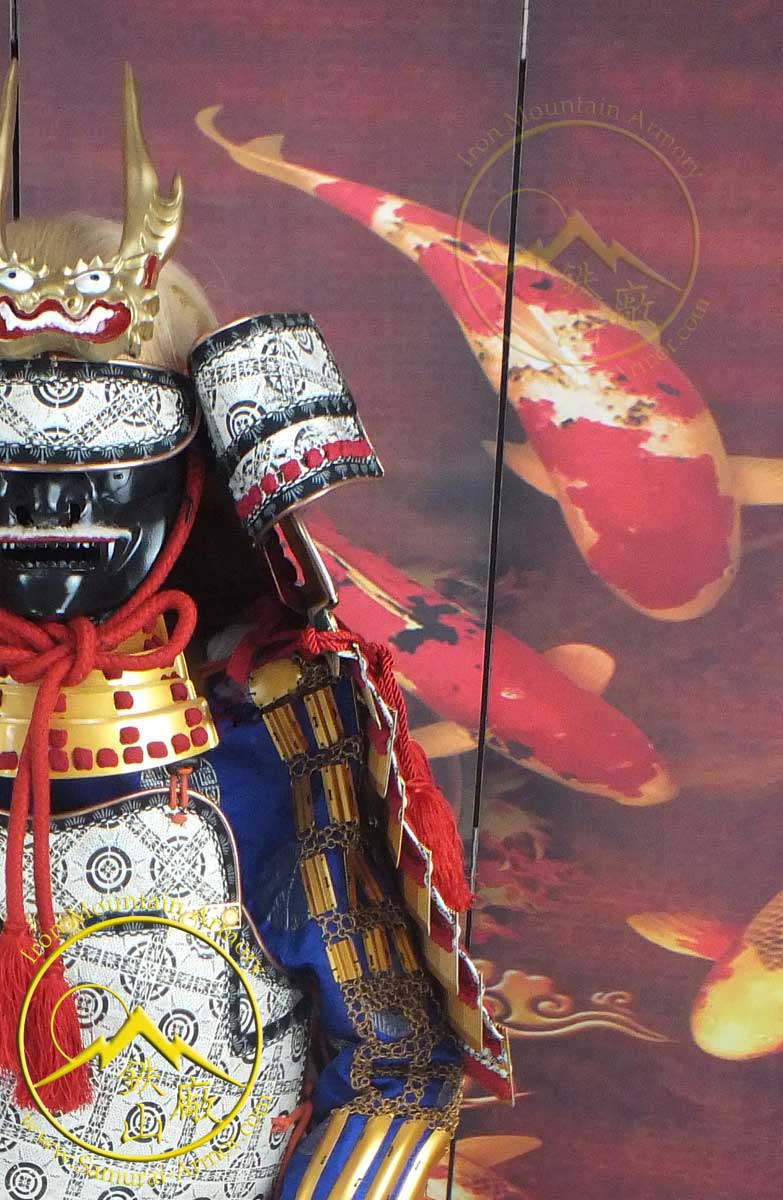 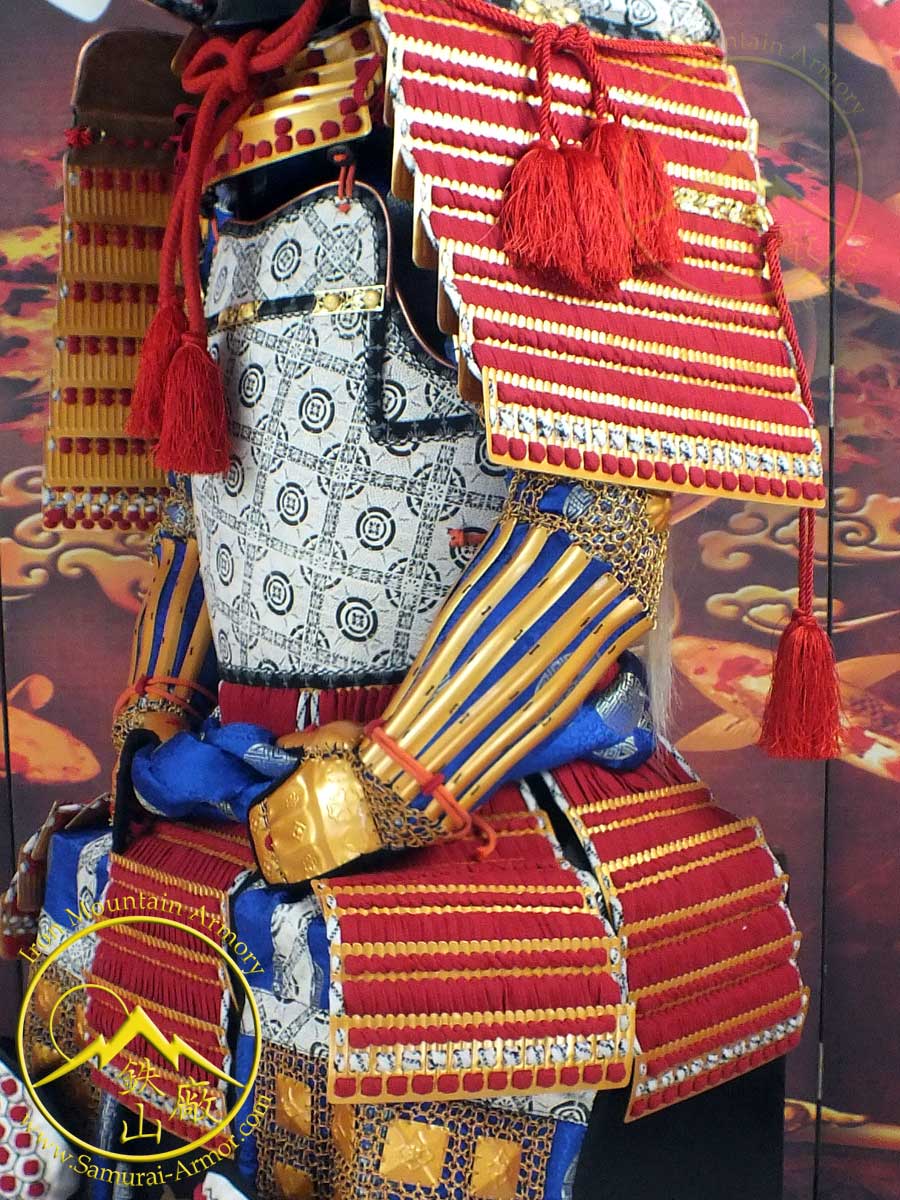 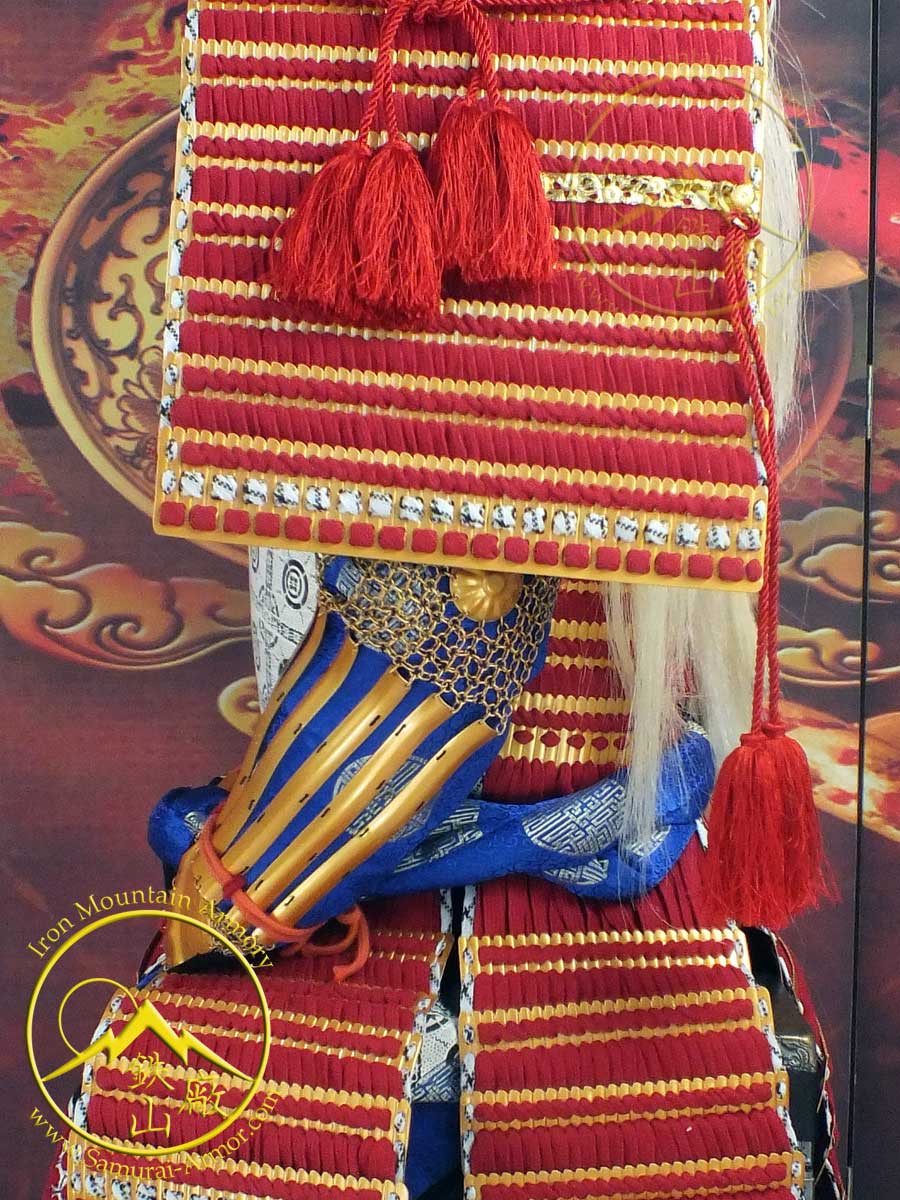 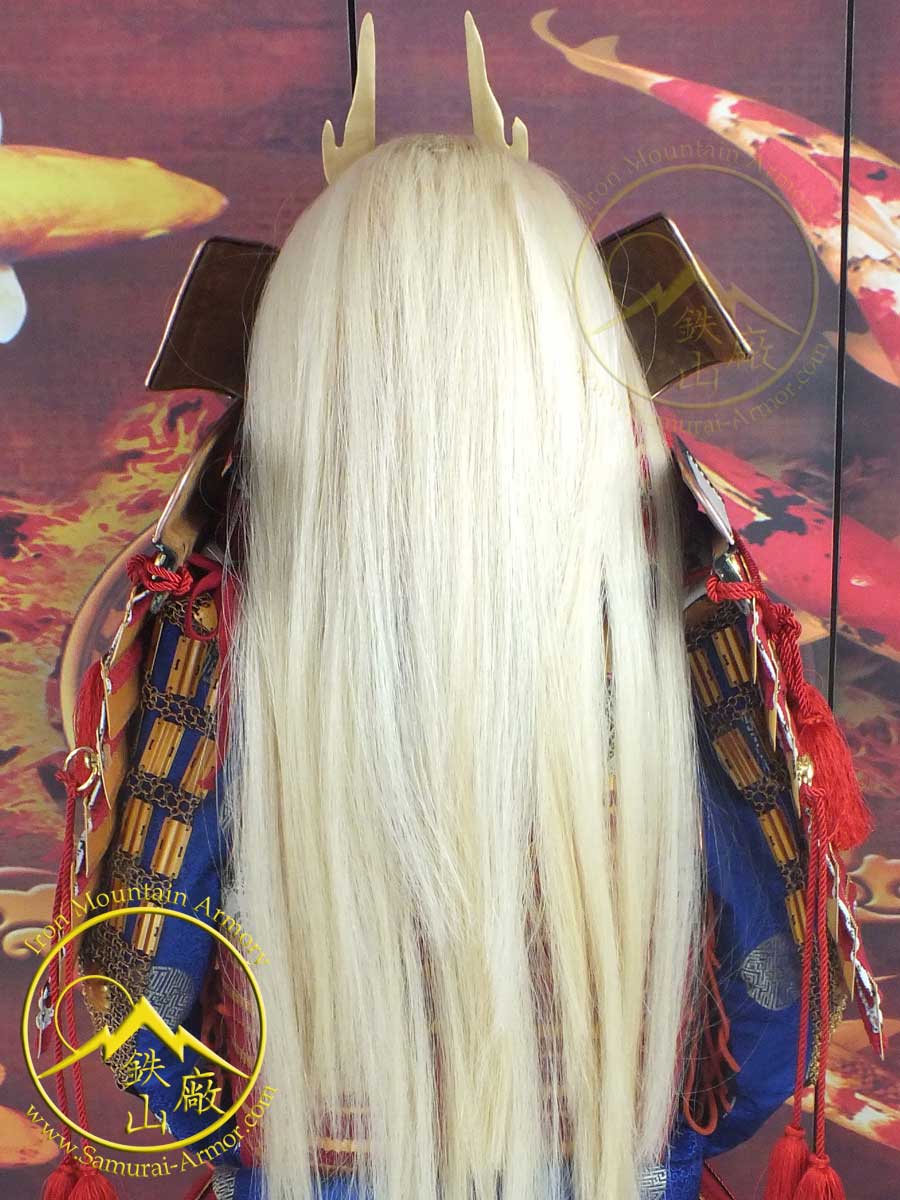 Daimyo Takeda Shingen (The Tiger of Kai) was known for his martial prowess and prestige on the battlefield in the late Sengoku Jidai of Japan. This authentic reproduction of Takeda Shingen’s armor is the result of over 152 hand crafted, man hours of the finest materials and skilled craftsmen of the Iron Mountain Armory.

Takeda Shingen was one of two of the most vicious Samurai War Lords to do battle in Japan, the other being Uesugi Kenshin. Over the years they would engage in combat a total of five times. Their fourth battle, which was at Kawanakajima, would be their major battle. Because of Takeda Shingen’s fierceness as a fighter, he was given the nickname “Tiger.” Uesugi Kenshin was referred to as the “Dragon” in his warring days as a Samurai. Thus the legendary battles of the Tiger and the Dragon were about to originate in Japan.

This armor is an authentic reproduction made of iron, steel, leather, cotton, silk and other materials that were traditionally used during the Warring States Period of Japan. Strictly made by hand in the traditional Japanese manner by highly skilled craftsmen. This is a real, life size armor which an average adult (with a height of 5′ 3″ – 5′ 9″ ) can wear and is fully functional. The clamshell dō features a pin hinge under the left armpit which can be removed and a cord can be laced through the hinges to accommodate a larger chest.

Handcrafted by the skilled craftsmen of the Iron Mountain Armory.

FREE SHIPPING by courier anywhere in the Philippines