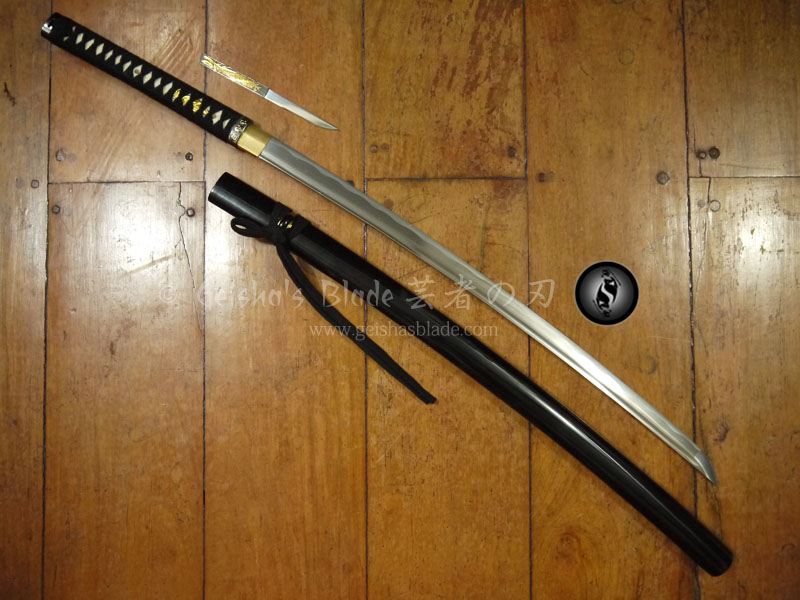 The Aikuchi Katana looks like a regular katana but without a tsuba. ‘Aikuchi’ is a style of mounting in which the tsuka and the saya meet without a tsuba in between. Originally used on the koshigatana (a precursor to the wakizashi) to facilitate close wearing with armor, it became a fashionable upper-class mounting style for tanto from the Kamakura period onwards.

The fuchi-kashira has the “Mitsudomoe” crest which was used by the following notable figures: Maeda Toshiie at the Siege of Suemori in 1584, one used by Kobayakawa Takakage at the Battle of Pyokje, Korea in 1593, and one used by Itakura Shigemasa at Shimabara in 1638. It also has a kogatana (small knife) on the saya.