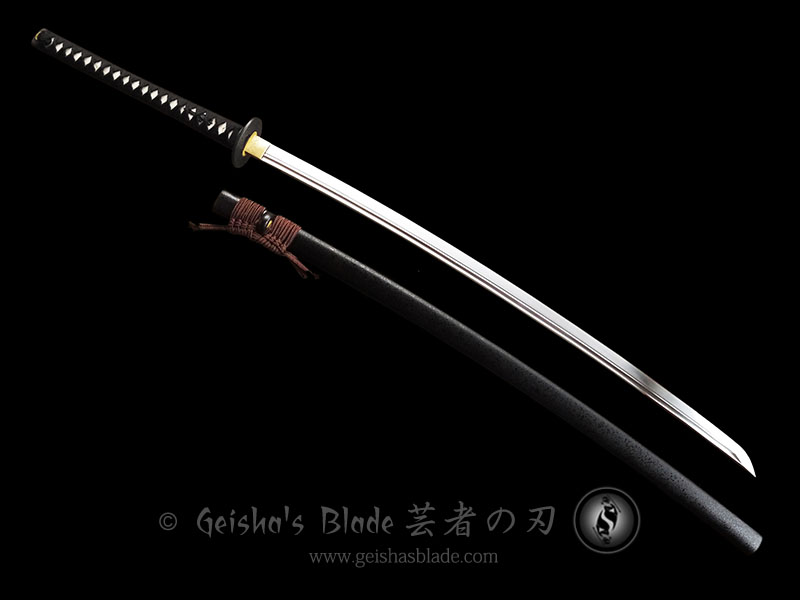 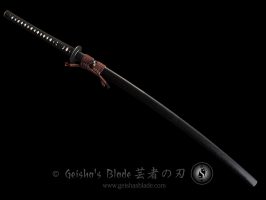 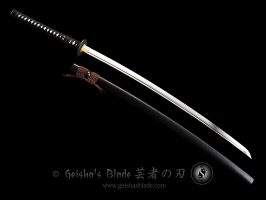 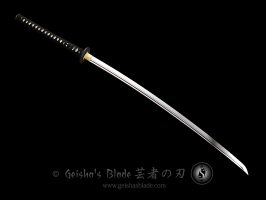 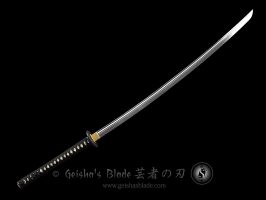 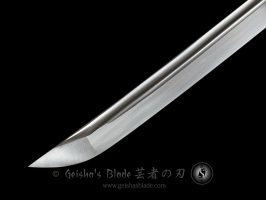 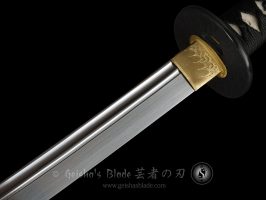 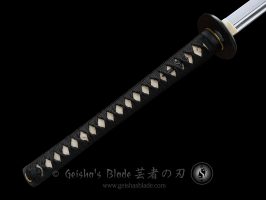 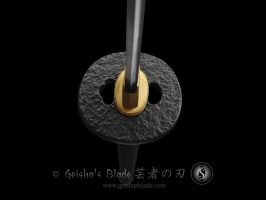 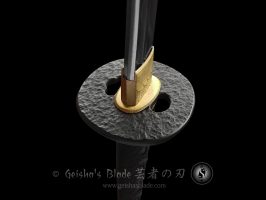 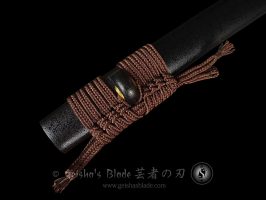 The Muneyoshi Odachi was inspired by one of the Yagyu legends involving Yagyu Munetoshi (also known as Yagyu Muneyoshi). He was a master of Yagyu Shinkage-ryu school of combat (known for its use of odachi in their kenjutsu system) which he introduced to the Tokugawa clan.

In Yagyu Village, near the Yagyu family burial ground, is a large rock called Itto-Seki, which has been split in half. It is said that Yagyu Munetoshi struck a tengu with his sword. The long-nosed goblin disappeared and only this huge rock remained cut down the center. This rock earned the nickname “itto seki” which translates to “single stroke sword rock”. Though it was most probably split by lightning or earthquake. But still a very interesting story. 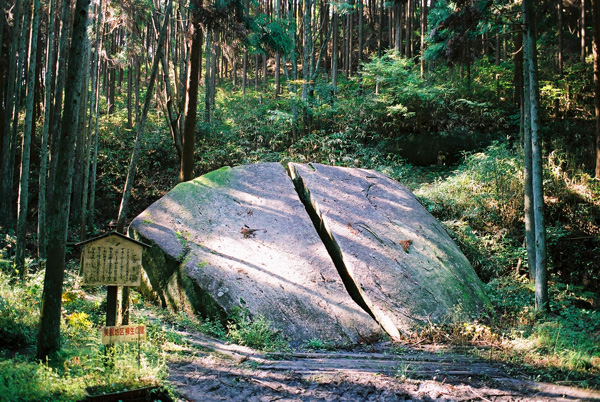 Our Muneyoshi Odachi features an iron tsuba that has a rock texture and ishime (pebbeled finish) saya. The blade has a double bohi: a bo-hi (wide groove) and a soe-hi (single narrow groove). The habaki on this sword features a “neko-gaki” or cat scratch pattern (also called falling rain) which is uncommon to see on modern production swords, but usually seen on nihonto with high quality koshirae (sword fittings).

IMPORTANT NOTE: The color of the saya is pebbled black with no gradiation. It’s just the lighting is too bright at the end of the saya.