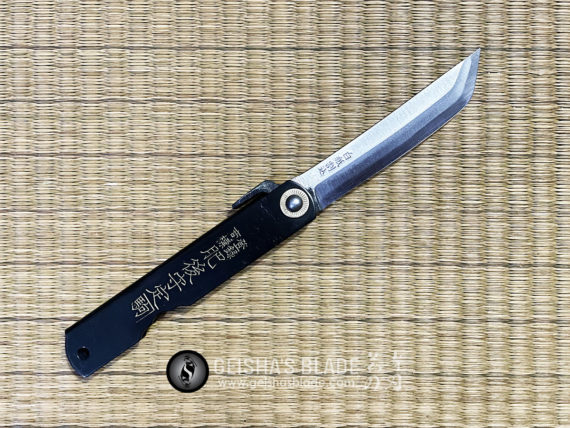 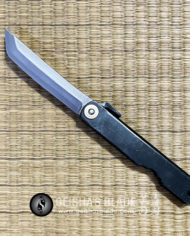 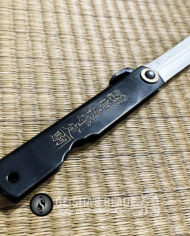 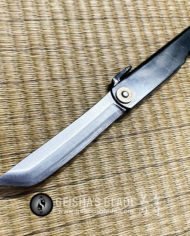 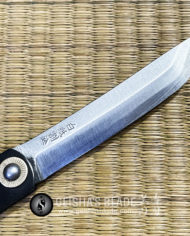 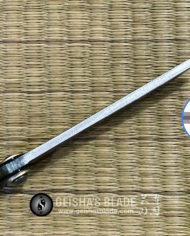 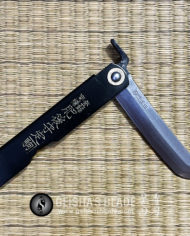 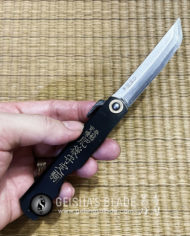 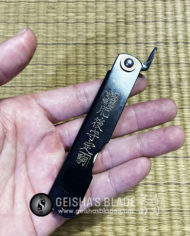 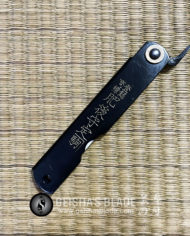 The blade shape of the Ken-Gata Higonokami is like a sword, thus it’s name. It’s made of Shirogami/White Steel (high carbon steel) in the sanmai (warikomi) construction. The handle/case is made of blackened steel.